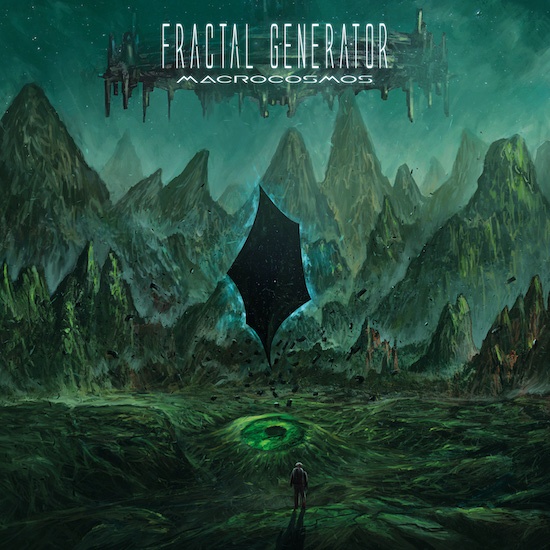 (DGR catches up with the new record by Canada’s Fractal Generator, which was released in January by Everlasting Spew Records.)

You’ll likely be reading this one way out of chronological order given the tendency I’ve developed with this album to want to dive back in, write a little, crawl back out, and then dive back in again.

As a result, there’s been multiple discs from the moment this review started that have coasted into and out of my purview.

But, needless to say, as of recent I have been absolutely buried in a wall of incredibly dense Death Metal.

And while I’m talking about multiple albums one could also ascribe that feeling to Fractal Generator‘s newest album Macrocosmos all on its own.

The Canadian Death Metal group’s newest album was released in the middle of January via Everlasting Spew yet it’s fitting that we’re just now getting around to it because to put it frankly, this is a big album.

Fractal Generator may only be a three-piece with impossibly pain-in-the-ass pseudonyms but for forty-two minutes the group sound so much larger than that.

In fact, considering that there’s a lot of literal ‘space’ out there, Macrocosmos might just be this sci-fi obsessed Tech-Death trio’s literal attempt to fill it. 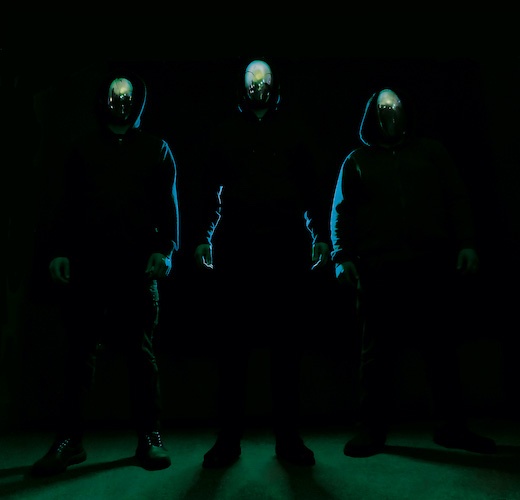 The album’s title track is one hell of an opener and mission statement, and one which I’ve been listening to a lot, as it effectively starts the album as a steamroller that then spends the next forty or so minutes steadily rolling over everything under it.

Fractal Generator go out of their way to sound gigantic on Macrocosmos and the “Macrocosmos” song is a solid proof of concept. It’s been one that gets looped back around to constantly, but has at times also been a very quick hit to the system because the song length itself is rather punchy in comparison to the rest of the album.

Everlasting Spew have specialized in this sort of low-end, rumbling Death Metal for some time now, but it’s surprising just how on-the-mark for the early part of the year Fractal Generator seem to be with the handful of other Death Metal releases surrounding it.

Though they all may not have the galactic and otherworldly ambitions, it’s a pretty good time to be an enjoyer of the caveman riff early on in Macrocosmos – especially since it really starts to fold in on itself later on as the synth lines become more epic and grandiose.

If you’ve been following the site for a bit you might’ve caught that we had the opportunity to premiere the immediate follower of the titular song in “Aeon”, which is another absolute steamroller of a song (but, then, that also tends to be the overall theme for Macrocosmos).

It’s hard to deny that this is a huge part of the appeal of a disc like this, the way it fills a gigantic cauldron with different riffs, ideas, parts, and – as it travels through its run time – a lot of spaced-out synth work, but the lasting impression always seems to come back to how huge the album sounds.

It’s probably unfair to the band but naming a song “Chaosphere” triggers an immediate response where it feels like that song has to be zeroed in on.

And, thankfully, even though the song doesn’t conjure thoughts of the excellent Meshuggah album, “Chaosphere” is a monolithic beast amongst other towering megaliths while also sounding like a good bridge between the song before it and the song after it, mixing the hyperactive bludgeoning of the song prior – “Contagion” – and the slow, atmospheric dirge opening of “Shadows Of Infinity” together into a beast all its own.

“Chaosphere” also makes usage of some screaming backing synth and vocal effects that’ll catch you off guard just as you’re sliding into the comfort zone of “Okay, this is one of those endlessly heavy sort of Death Metal albums”.

As you can probably guess, from the fact that this reviewis arriving a month and change after the its release, this is an album that has taken a while to dive into and fully appreciate.

The general throughline of Macrocosmos is a humongous sounding album, full of rumbling low end and vocals that could shake trees loose, and it’s hard when reviewing such a disc to not give over completely to the caveman sensibilities of ‘album sound gigantic, album good‘ as if some preordained obsession with imaging songs as creatures that could level whole cities is how a disc could be defined.

We all know that ‘album big, album good‘ is also flawed because we’re not talking pure dollars to song density ratio either.

What does make Macrocosmos exciting though, is that it takes its otherworldly sensibilities and sci-fi obsession and expands it into that huge sound, so that there’s something there other than just the sense that this band can fill chasms with noise.

The bludgeoning and chaotic whirlwind are side-effects of the band just doing business, and their constant tendency to overwhelm is just a natural movement for them.

So yes, if you’re looking for an album to just bowl you over for a little over forty-minutes, Macrocosmos is almost perfect. It aims to flatten from moment one and achieves it about thirty seconds later.

But it’s also a fun exploration of watching a band try to tie – both sonically and lyrically – their mad scientist aesthetic and multi-dimensional sci-fi excursions into one solid creature.

And while it doesn’t land perfectly, the odd and angular nature of it is fitting – assuming you can even see past the mile-high wall of Death Metal the band put in front of it.