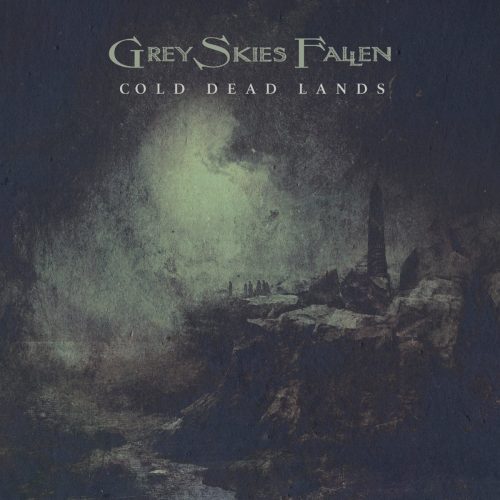 The New York band Grey Skies Fallen first took shape in 1996 under the name Eve of Mourning before adopting their current moniker the following year. In the quarter-century since then they’ve released a pair of EPs and five albums. The last of those full-lengths, Cold Dead Lands, first saw the light of day in January of last year, with an independent digital release and a CD release by Old Souls Collective. But the album is about to be jointly reissued by GrimmDistribution with Paragon Records and More Hate Productions, and we’re helping to spread the word about that by featuring the album’s title track today.

And so this is one of those situations that isn’t a true premiere, though it will undoubtedly be the first time some of you have heard the song, and thus hopefully will provide a good introduction to newcomers about the immense sonic and emotional power of the record in advance of the April 8th reissue. 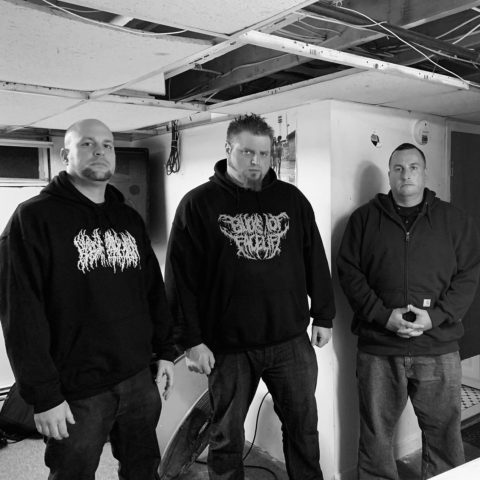 Cold Dead Lands represented some changes for the band, as the line-up contracted to the trio of vocalist/guitarist Rick Habeeb, bassist Tom Anderer, and drummer Sal Gregory. The subtraction of keyboards also represented a change in the group’s formulation of melodic doom-death, allowing an even greater focus on the remaining trio’s talents.

With respect to the title track we’re sharing today, the music’s sense of mountainous scale and immense power is evident right from the beginning. It moves forward with hard-hitting drum strikes, granite-heavy bass, panoramic riffs, and Rick Habeeb‘s heart-felt singing, which segues into ravaging growls and vicious snarls.

Glittering leads maneuver through the titanic, wintry soundscape like rivulets of ice, and the music briefly softens and becomes spectral in its atmosphere before rising again to epic heights. As the pace slows the music becomes more bleak and oppressive, and Habeeb’s’s singing, coupled with a wailing extended guitar solo, powerfully convey hopelessness and anguish, pulling hard at the listener’s heart strings as the song staggers ahead like a great wounded beast. The momentum slows even further, and the sensations of shattering sorrow become even more immersive, and earth-shaking.

Credit goes to Keith Moore for engineering the recording and to the great Dan Swanö for mixing and mastering the record. And speaking of legendary greatness, Travis Smith created the cover art.

The three labels are reissuing the album in an edition of 1000 jewel-case CDs with an 8-page booklet and a new design.