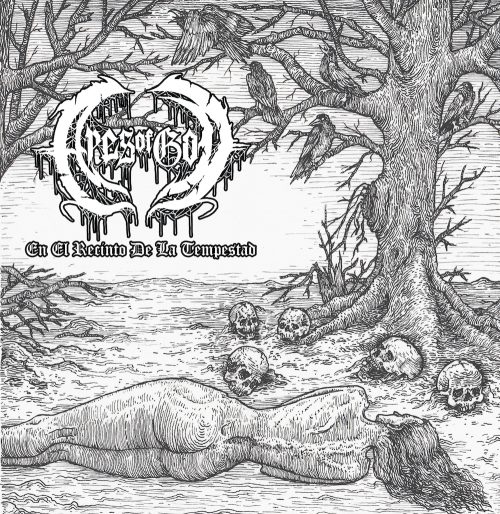 The Salvadoran death/thrashers Apes of God made their first demo release in 2016 and followed that with an EP, a pair of splits, and then their debut full-length Misanthropy in 2018. Additional short releases followed, but the band was jarred by the murder of their vocalist César Canales in August 2019 during a festival performance. The band decided to remain active but never to play a show in El Salvador again.

This is a 10-track album, and today, to help introduce it, we’re premiering the record’s closing track “Emergidos del Odio y Rencor”. It’s a savage scorcher of a song, and turns out to be a highly infectious one too. 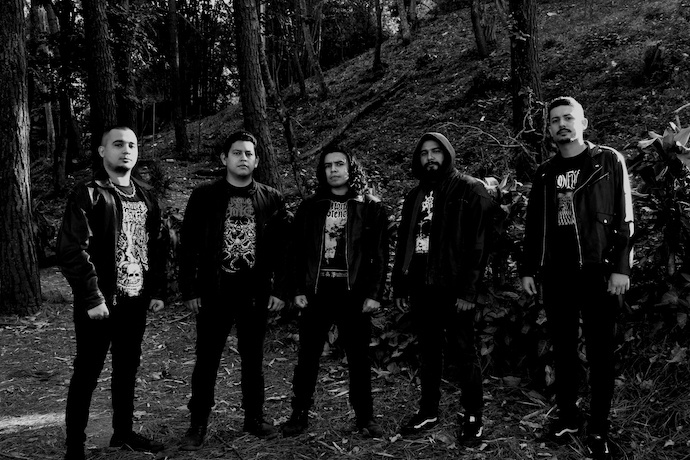 The band set the hook early in this new song, with the snare drum popping the top of your skull and a gruesome but increasingly wild riff that becomes the core of the song’s addictive appeal. By the time Aldair Mejía reveals his howling, incendiary voice the band have surged ahead into a gallop, the drums snapping and hurtling, the bass in a rapid-fire pulse, the guitars roiling and leaping in a berserk harmony and dropping into dismal drilling tones. The chords become bleak and moaning, but the song always returns to that savagely exultant main riff that just digs its claws deeper and deeper into the listener’s head along with the vicious lunacy of the vocals, and the results are exhilarating.

The album was recorded by Morbid Miasma in La Víspera Del Demonio Studios in San Salvador, and it was mixed and mastered by Ernesto Cruz in KYD Studios in La Libertad. The record’s morbid cover art was created by Ukrainian artist Kali Macabre.

The album will be released by the three afore-mentioned labels on CD and cassette tape formats. For more info, check out the links below: