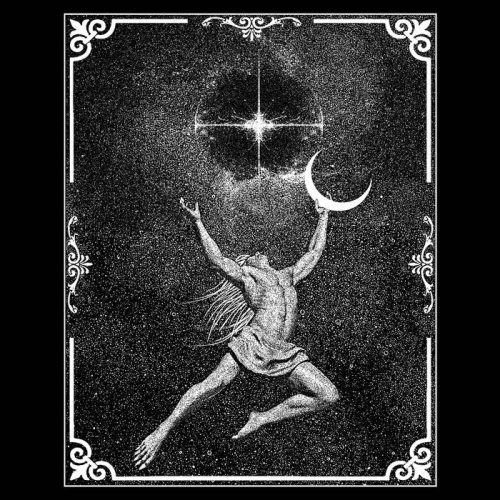 The French one-man band Dïatrïbe came into existence in 2019, “with the aim” (as its creator explains) “of creating radical and intense music, an extension of the French Orthodox scene.” Embracing the mysticism and spiritual subject matter of black metal, Dïatrïbe devoted itself to “the artistic exploration of something else, creeping and powerful like a fiery cloud, uncompromising with very clear guidelines, acceptance to let go to the unknown, the search for this unexplained vibration that grabs us between fear and fascination… an artistic vision of the unfathomable, indomitable abyss hidden behind all things”.

We use those words to begin introducing our premiere of Dïatrïbe’s debut EP Odite Sermonis because they succeed so well as a preview of the music to come — perhaps especially in their reference to the “unexplained vibration that grabs us between fear and fascination”, because that is indeed what these six tracks achieve in striking fashion. 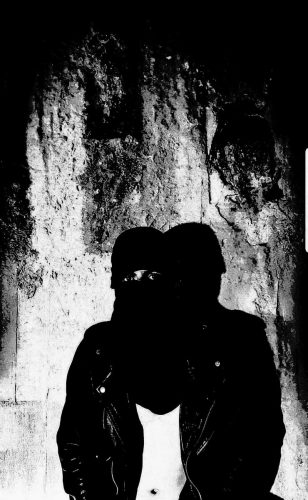 Within the music there’s a dense “lo-fi” quality in the guitar abrasion and in the reverberation of scorching screams, but those caustic, saturating aspects of the sound don’t obscure the power of the riffs or the emotional potency of the melodies, which guide the listener into moods of haunting grief and shattering tragedy, as well as sensations of cruelty and violence.

With two exceptions among the six tracks, the assaulting power of the music is nearly overwhelming. There’s a bit of eerie ambience at the outset of the EP’s opener “Diatribe”, coupled with scratchy notes that seem to wail in misery, but then the music explodes in a typhoon of thunderous drums, savage shrieks, and roiling riffage from which blazing tones spear up and out. That vortex of devastating yet glorious sound periodically abates, and waves of tragic melody flow like cold tides of sorrow over feverish snare and cymbal crashes.

“Hate Is the Gift” creates a similarly enveloping intensity, but within its ravaging storms of sound an anguished guitar lead slowly slithers and then flows onward as the drums vanish, deepening the chill of a feeling that straddles a line between fear and agony — and then the song soars in a scintillating spectacle of sound.

There’s also a lot of firebrand intensity and tempest-like turbulence in “Descent” and “A Crown of Thorne for the Fallen King”, with the former generating a soundscape of ominous threat as well as disturbing desolation, and the latter giving the drumwork a chance to really shine through the seething mass of vicious but also stricken chords. (The drumming is electrifying throughout the EP, but the patterns in that latter track are the most head-moving, as well as perhaps the most chaotic.)

One of the two exceptions mentioned above is “Malicia”. Intertwined with the sound of distant thunder, it delivers a beautiful, classically influenced acoustic guitar instrumental whose ringing reverberations, backed by ambient shimmer, create a mystical and haunting spell.

The other is the closing track “Sinodus Horenda”, in which elements of doom and psychedelia surface. Rather than racing, as most of the songs do, it proceeds at a slow, lurching pace. A growling bass joins cruel, ugly guitars, coupled with a creeping, spectral melody that radiates emotional desolation — an apparitional guide into realms of grievous loss. Much of the song is devoted to a mesmerizing lead-guitar jam that’s somehow both soulful and hallucinatory, both emotionally bruising and otherworldly, and that makes a very memorable way to end the EP. 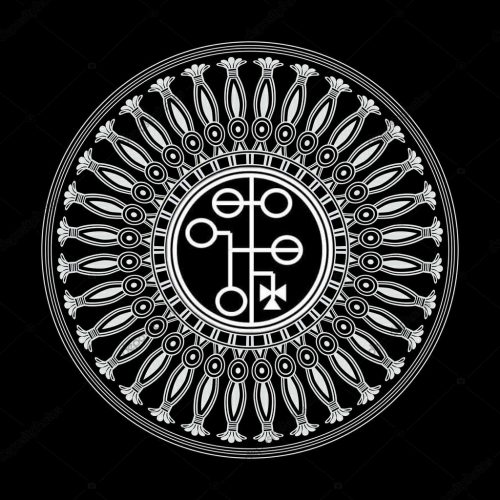 Odite Sermonis reveals a very promising start for Dïatrïbe — and we do hope it’s only a start, with more to come in the future. The EP is being released today as a “name your own price” download at Bandcamp, and it’s also available in a 12″ vinyl format via the German label Vendetta Records. Purchase links come next, followed by our premiere stream.