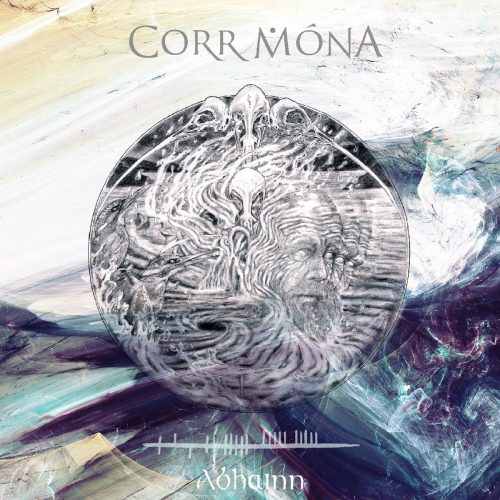 It has been a long wait for this Irish band’s second album — six-and-a-half years to be precise. It’s probably not the case that the two pairs of brothers (Quinn and Farrow) who form the line-up spent all that time working on their new full-length. Just figuring out how to live probably occupied a fair share of that time. Yet the new album, Abhainn, is one of those that’s unmistakably the result of tremendous care and craft, not the kind of thing that was ever hurried.

Corr Mhóna‘s continuing devotion to their homeland is also manifest in the new record. Abhainn means “river” in the Irish language, and it is indeed a concept album about water, and specifically the rivers of Ireland (each track is named for an Irish river). We’re told that “themes from the folklore and mythology attached to each river can be seen in the lyrics”, and that “the musical course of the album also follows that of a river — from the initial trickling spring, to the river growing in speed and weight as the body of water grows, to the final torrent that flows to the sea in peace”. 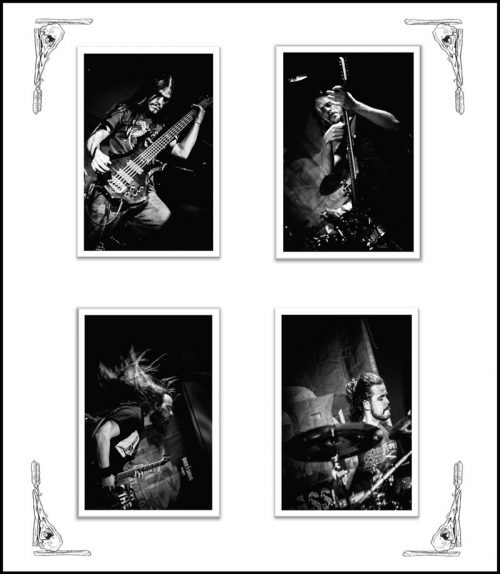 In crafting this conceptual narrative Corr Mhóna have pulled from a multitude of metal (and some non-metal) musical wells, even more so than they have done before, including elements of black, death, doom, sludge, and progressive metal, as well as traditional Irish music and time signatures. The variety extends to the vocals, whose changing expressions play vital roles in the way the flow of the music creates morphing moods and energies.

The two songs that are out in the world now, including the one we’re premiering today, display all this variety, as well as the sure-handed ways in which the band weave everything together into cohesive and emotionally powerful musical narratives.

In the song we’re presenting today, “An tSláine“, the band set the stage with a sludgy, growling bass line punctured by blaring tones over head-hammering drumwork. Having done that, they bring in wild, wailing vocals and seething yet anguished-sounding riffage. The music grows more vicious as the vocals transform into savage growls and strangled screams and the fretwork surges into a savage fever. Impassioned, sky-high singing adds to the vocal variety as the melody moans and the tension builds. The drumwork continues to strike with head-moving effect but erupts in furious fusillades, and a feeling of chaos grows like bonfire flames, sent higher by a glittering, swirling solo.

Silence falls, and we hear something like the muffled march of a thousand feet or perhaps distant thunder. The bass begins growling again, the guitars whine, a cymbal ticks, and the music drags itself forward like some massive crawling beast — but then surges again with bursts of jolting chords, darting notes, and neck-cracking snare-work, leading right up to a dismal finale.

The previously released “An Laoi” is the other song you can check out now. At first more dissonant and desolate than the track we’re premiering (and it is again at the end), the song becomes a blast-beat-driven frenzy of roiling guitars pierced by caustic blackened shrieks, unhinged howls, and frantic leads. The music seems both despairing and consumed with rage, and the electrifying, doom-influenced clean vocals only super-charge the song’s soaring, savage, spine-tingling intensity, which is enough to leave a listener breathless by the end.

The new album’s cover art was created by Kildare-based artist Mairéad McGuinness, who created several works of art inspired by the rivers and moods from the album.

Abhainn will be co-released on April 16th by Satanath Records and Negre PlanY. They recommend it for fans of Enslaved, Primordial, Dead Can Dance, Pallbearer, Bathory, Agalloch, and At The Gates. Pre-orders are open now.