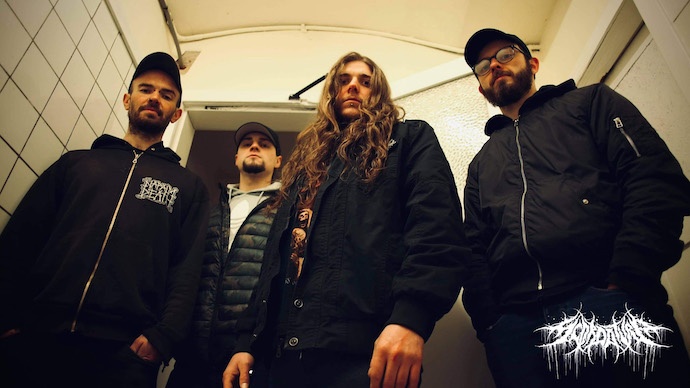 In our man Andy Synn‘s review of the latest full-length discharge by Scotland’s Scordatura, he referred to them as “one of the heaviest, nastiest, bands currently operating out of the UK”. And he summed up that album (Mass Failure, released last September through Gore House Productions) as “a neck-wrecking, gut-churning, bowel-loosening bombardment of jagged riffs, technical twists, and gruesome, glass-gargling gutturals that floats like an atom bomb and stings like a beast.”

If by chance you missed that album, it’s definitely not too late to be consumed by it. And as a further inducement we’re now presenting an official video for “Nothing But Dust“, an album track from Mass Failure that (as Andy wrote) “could give early Cryptopsy a serious run for its money”. 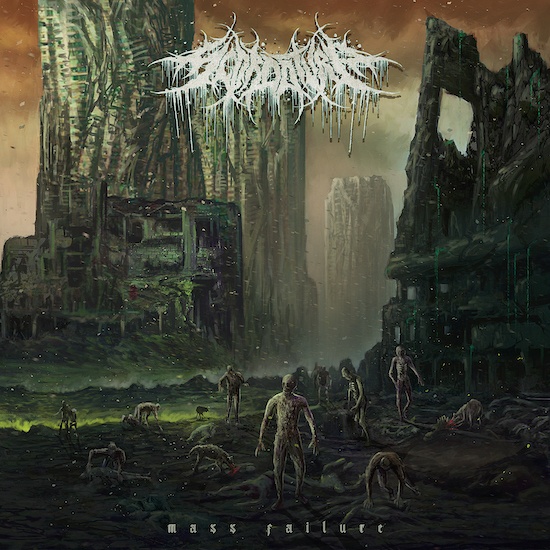 It really is a hell of a song, the kind of thing that sets a listener’s nerves on fire. Brutality is of course the name of the game, but these Scottish marauders dish up a lot more than a merciless beating. In this barrage of belligerent sound there’s gear-shifting aplenty, loads of spidery fretwork (and some nifty little bass-led breaks), razor-sharp drum changes, and of course a full dose of roaring and screaming madness in the vocal department.

In fact, the song as a whole is madness, channeling frenzied mayhem in electrifying fashion, but (perhaps counterintuitively) Scordatura do that through intricate instrumental permutations that are locked together with machine precision.

As for the video, it lets us see how this is done, focusing on the band itself as they create a sonic war zone in a damp and decrepit alleyway. We’ll also share now the band’s own introduction to this riotous experience:

“We are excited to share our new music video with you all titled ‘Nothing But Dust’. It is one of our favorite tracks from Mass Failure, and we hope everyone enjoys it as much as we enjoyed filming this video. The past year hasn’t been easy on anyone and we are dying to get back on the road, we are hopeful thing will start returning to normal soon so we can bring Mass Failure to the stage!”

The video was filmed in Glasgow, Scotland by Obscenery Films. And if you haven’t yet checked out Mass Failure in its entirety, you’ll find a full stream below, along with a purchase link and social media locations where you’ll be able to discover (soon, we hope) how to catch these dudes on stage when that becomes possible again.