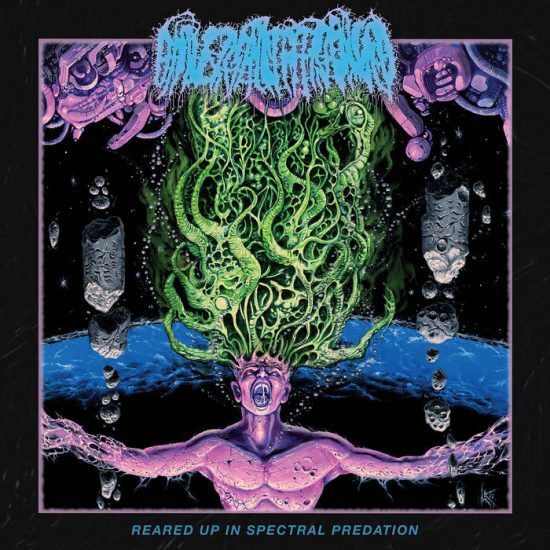 Blood Harvest Records has unearthed a real gem. Or perhaps it’s more accurate to say that the label has caught a comet that came unexpectedly rocketing into the atmosphere from some distant constellation. Universally Estranged seems to have no prior releases, instead immediately blazing across the sky with a full-length that truly is eye-opening in both its extravagant adventurousness and its technical acumen, presenting a vision of sci-fi-inspired death metal that is (in the vivid words of the label’s publicist) “both cosmically levitational and grossly subterranean”.

Replete with bizarre but somehow fitting song titles, and wild cover art that’s also entirely suitable, Reared Up in Spectral Predation delivers one mind-boggling, bone-breaking escapade after another, collectively creating a pan-dimensional thrill-ride that’s likely to stand out from the pack this year even though it’s “just” a debut effort from what seems to be a solo creator (who also seems to prefer anonymity).

As an electrifying sign of what the album holds in store, today we allow you to witness the band “Despoiling Souls of Flesh Across the Galaxy“. 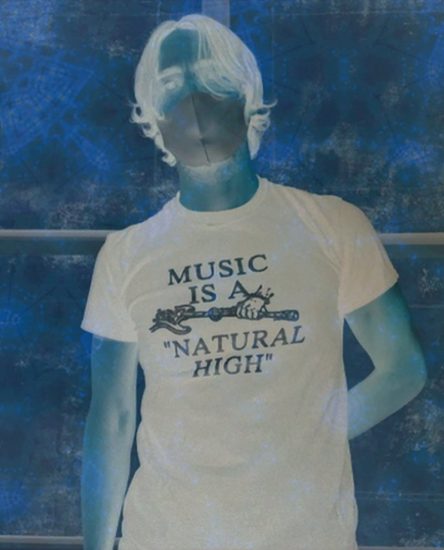 appearances can be deceiving…

The song discharges a barrage of rapidly mutating sound — battering and bludgeoning, squirming like maggots suddenly exposed to the light, slicing like animated surgical knives, boiling like a feeding frenzy of piranha on a fat carcass, darting like lightning strikes, slowly oozing misery, and flaring in streamers of soaring exultation. The drums change constantly — clobbering, rumbling, and spitting bullets — as the bass moans, hums, and bubbles. Behind it all are ghastly abyssal growls and maniac howls that amplify the barbarically traumatic ingredients of the music, and simultaneously contrast with the near-maniacal ecstasy that comes through in everything else.

The song we’re premiering today is the second single from the album, and you should definitely check out the first one if you haven’t. “Teeming With That Of Unknown Origin” is about a minute longer than the newer song, and therefore affords Universally Estranged even more room to mercurially maneuver and to send the listener’s mind off on extravagant flights of wonder, especially when an extended guitar solo magnificently swirls out of the song’s monstrous pile-driving rhythms, but also during the course of an entrancing off-planet excursion at the finale.

That eye-catching cover art was created by Lucas Korte, who has done covers for Question, Tomb Mold, Blood Incantation, and many others. It will embellish the CD, vinyl LP, and cassette tape editions of the album that Blood Harvest will provide. Circle April 30 on your calendars, because that’s the release date — though pre-orders are open now.

2 Responses to “AN NCS PREMIERE: UNIVERSALLY ESTRANGED — “DESPOILING SOULS OF FLESH ACROSS THE GALAXY””