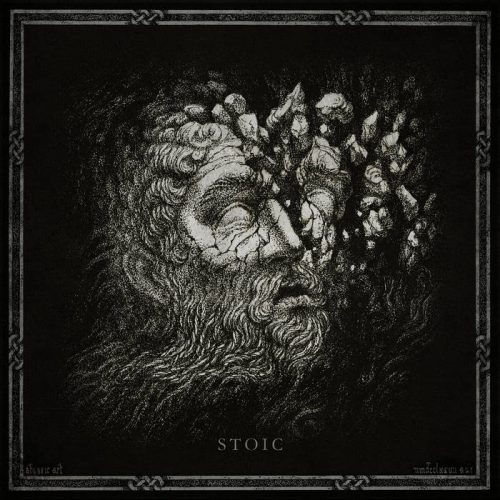 Sometimes, if you’re really lucky, an artist will produce an album which seems like it was tailor-made just for you.

Every song strikes a chord, every track touches a nerve, and every piece of the puzzle just fits so perfectly that you’d think the band was actively capable of peering directly into your brain.

It’s always exciting, especially when the band in question has a deeper discography for you to dig into too, as was the case when I stumbled across the new album from Russia’s own Blackened Sludgelords Crust recently, as not only did I instantly fall head over heels in love with the group’s hypnotically grim and humongously groove-laden sound, I was also compelled to go and pick up their entire physical back-catalogue (along with their entire digital discography) as part of last week’s #BandcampFriday.

And while I originally intended to save writing about these guys until the end of the month (as part of the next edition of The Synn Report) I quickly realised I couldn’t wait that long to lay out just why Stoic has become one of my favourite albums of the year so far.

Having familiarised myself with the band’s previous works and their ongoing evolution, it’s clear that Stoic is by far their best work yet, with a meatier, more menacing Black Metal component and a darker, even doomier, side to it, than anything they’ve done before.

In a lot of ways it actually reminds me of last year’s crushing debut album, The Grief That Feeds the Night, from Germany’s Hvrt (which was, and is still, one of my favourite records of 2020), delivering a similar blend of sick, sludge-soaked grooves and blistering blackened fury.

The difference is that whereas their German brethren also incorporated a coruscating core of ripping Swe-Death riffage into their sound, Crust put an even greater emphasis on both the Black Metal and Doom aspects – think Goatwhore, Ruins, and The Howling Wind mixed with a lethal dose of Celtic Frost, Grief, and EyeHateGod – with the latter set of influences/elements in particular featuring even more prominently this time around.

With a heavier, harsher, and even more intense sound than either of the band’s previous albums, Stoic definitely/defiantly doesn’t pull any punches or offer any quarter – even during its slower, more atmospheric moments there’s still an oppressive, claustrophobia-inducing aura of impending doom casting a pall over the entire record – nor does it leave much room for light, or hope, or joy.

But that doesn’t mean it’s a one-note affair by any means. In fact it’s the demonically dynamic nature of the record which, ultimately, is one of the big reasons I keep coming back to it.

Opening with the bone-rattling blasts, bile-spewing vocals, and whirling dervish tremolo guitars of the title-track – which, over the course of just under five minutes transitions from a breakneck gallop to a soul-crushing slog to a tooth-grinding groove, and back again – the album constantly keeps you on your toes (while retaining a consistently morbid and menacing tone) as it moves from the suffocating atmosphere and sinister melody of “Watching Emptiness” to the grim grooves and grimy riffs of “A Blind Man In Darkness” to (after a brief but welcome pause for breath during “Willow Forest”) the pitch-black doom-laden dirge of “Plague”.

This constantly shifting approach – punishing passages of relentless rhythmic momentum interspersed with sudden jolts of abrasive acceleration and/or whiplash-inducing bouts of slithering slow-motion sludgery – means you never know quite when the band are going to switch things up, but you’re always confident they’re going to pick just the right moment to do so.

“Darkness Becomes Us”, for example, is seven-minutes-and-forty-two-seconds of doom ‘n’ gloom, grit and grime, which proves that Crust know exactly how long they need to let their music simmer and breathe to allow it to achieve its full potential, while “Anhedonia” is a prime specimen of dense, doom-laden riffage and asphyxiating ambience which demonstrates how well the band are able to balance all the various elements of their sound (while also adding just the right amount of moody melody) without shortchanging any of them in the process.

Concluding with the desolate, almost hallucinogenic, instrumental strains of “Desert”, Stoic proves that sometimes the biggest and best musical surprises come when you least expect them, so it’s important to always keep your eyes, and your ears, open, as otherwise you might just miss out on something truly fantastic!