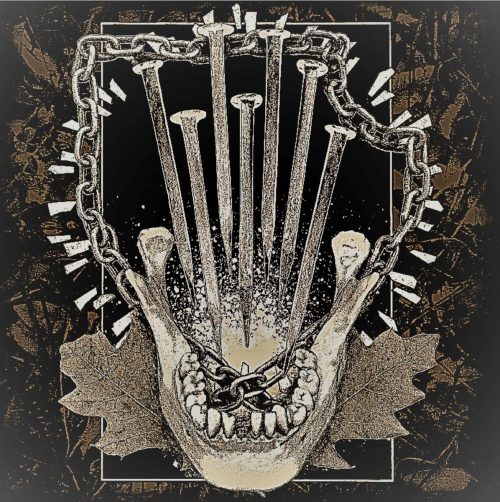 Ever since discovering VEGAS (aka VVEGAS and V.E.G.A.S.) through their four-song EP Sagevisule in 2014, I’ve been repeatedly transfixed by their music. In their own words, their shifting amalgams of metal and hardcore embrace the “confrontational nature of Japanese punks G.I.S.M. via early-80’s ferocity of LIFE’S BLOOD & apocalyptic tenets of bands like INTEGRITY“, but passing time has seen them draw in other ingredients as well. The inability to predict exactly what they will do from release to release is part of the attraction — along with the persistently visceral intensity that burns at the core of every recording.

They also don’t let much grass grow beneath their feet. Their most recent album …not ever appeared last summer, but they’ve already been hard at work on a new one. Hints of it surfaced through singles that were scattered through the remaining months of last year, and most recently in a track named “Recovery” that was released last month. But we’ve been privy to even more of what the new album holds in store, with an advance peak at 10 pre-mastered tracks (four more are also in various other stages of completion). 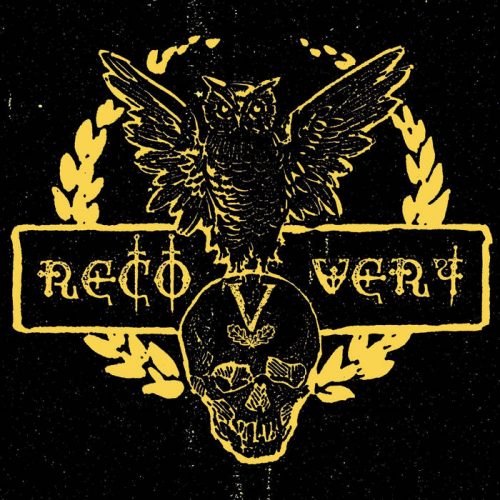 All the tracks we’ve heard from the forthcoming album (which is not yet titled) are in the two-three-minute range, and most of those are closer to two than three. But despite their brevity each one has its own identity, and compared to some of VEGAS‘ previous, more experimental works, they seem more cohesively structured and immediately memorable. Moreover, while they are undoubtedly the product of the harrowing times in which they were made (and through which we have all lived), and all of them are fueled by a cathartic energy, the emotional pitch of them turns out to be wide-ranging.

For example, the most recent single, “Recovery“, is an amalgam of feverishly writhing leads, queasy blaring chords, crazed howling and roaring vocals, clobbering snare-drums, and thunderous double-kicks — which segues into a lurching stomp and escalates into a furiously jolting attack.

The raw, howling intensity of the vocals is an almost ever-present feature of all the songs, and in “Pure” they almost overshadow everything else — but not quite. The neck-slugging drums, the pile-driving viciousness of the riffs, and the flaring, flowing, fire-bright melodic harmonies, which seem to straddle a line between splendor and sorrow, are all damned intense too. And there’s a bit of haunting mystical ambience at the end, though not enough to purge the adrenaline from your bloodstream that this song will set free.

By contrast to those two songs, “Bury me in peat” delivers waves of bleak, heavy, moaning chords and wailing leads set against a rocking rhythm and a punishing bass pulse, while “Bread and Circuses” (which includes strange, distorted, conversational voices as well as those traumatic howls) combines dismal dragging chords and furious bullet-spitting drumwork, rapid jolts and brutish, bone-smashing pile-drivers, and more of the kind of pitch-black intensity that this band always seems to deliver in ravaging fashion.

Of the other songs we’ve heard, “Resolve” kicks up the adrenaline levels with a hook-filled, punk-fueled rampage of raking riffs and riotous drumwork combined with those spine-tingling vocals, and augmented by the contrast of a slowly slithering melody that oozes despondency, and “C2H6O” is a brazen and physically compulsive track that seems fiercely ebullient, with gloriously ringing guitars set against a bracing drum gallop and hurtling bass lines, capped by a spectral guitar solo.

Meanwhile, “Nebulous” incorporates jolting and braying riffage, but with a serpentine melody of its own that sounds otherworldly. It seems to become a hybrid of menace and devilish freedom. We can guess what “BLM” refers to, and in its sound it’s a stripped-down, adrenaline-fueled, punk-inspired romp laced with shrill, defiant, screaming leads and highly addictive riffing.

Again, you never know exactly where VEGAS will go, and that’s proven again by the opening of the mid-paced, head-moving “Empire“, where a big growling bass arpeggio takes the lead, backed by a compulsive back-beat. The riffing seems both grim and fierce, and the song is also home to a chiming guitar melody that’s both narcotic and sorcerous.

And those are some quick impressions of un-mastered versions of the songs, all of which lead to the overarching impression that this will be one of the best records VEGAS have created yet. I’m eager to hear the rest of it, and all of it in finished form. Keep your eyes on the locations linked below for further news about its progress.