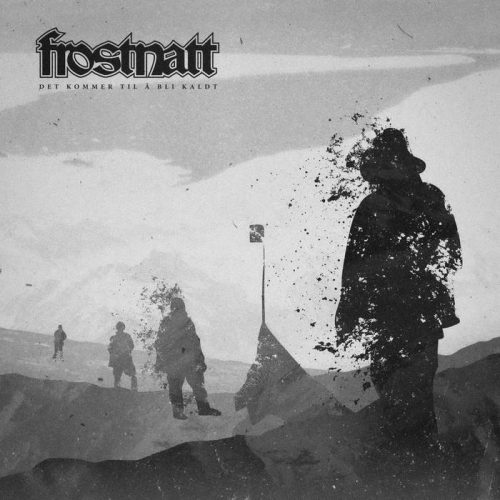 Frostnatt‘s debut album Det kommer til å bli kaldt, which follows a run of EPs that began in 2019, is a largely instrumental work (with a scattering of vocal samples and a few harsh expulsions) that’s both rugged and scintillating, combining primitive, earthquaking percussive rhythms and brilliantly vibrant ringing melodies of varying moods that stick in the head like hot spikes, plus a well-placed and sublime piano piece. And thus it generates an unusual shamanistic spell, delivering primal, visceral punch as well as ancient and mystical atmosphere, enhanced by moments of poignant beauty and piercing heartache. My favorite track: “Til sydpolplatået“. 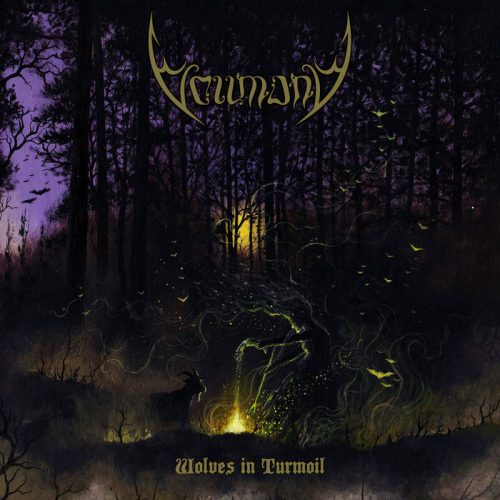 Wolves In Turmoil is Vollmond‘s chilling third full-length. The title track sets the stage with a collage of spectral ambient transmissions, abyssal intonations, and acoustic guitar, and then begins a grim and grievous march accented by vicious snarls and screams, a march that ignites into anguished frenzies, segmented by a moment of dissonant gloom and concluding in a swinging and seductive dance.

The dynamism and multiply faceted experiences of the title track provide the blueprint for the rest of the album. Each song carries the listener along constantly changing pathways shaded by windswept forests of emotional darkness and hovering menace, and it’s easy to lose yourself in their midst. My favorite track: “And With Darkness It Rises“. 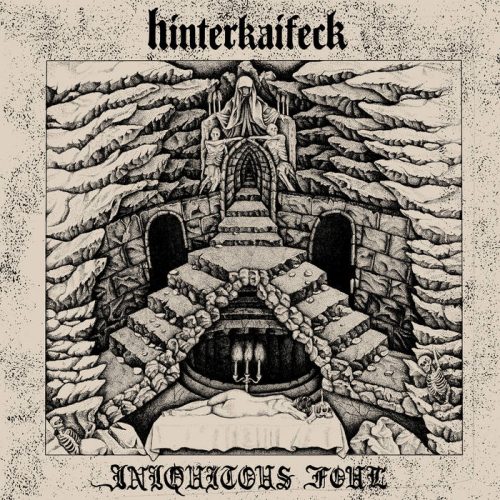 Until the final song, all the tracks on Hinterkaifeck‘s debut album Iniquitous Foul are compact attacks. After an unnerving opener, they unleash hellfire in “Forbearance and Stench” through throat-splitting vocal madness, bouts of battering and blazing mayhem, and cruel and crushing stomps. There and throughout the album, the guitars are tuned to scathing levels of abrasion; the voices sound like field recordings of men being burned alive; and the songs are constructed to repeatedly throw you off-balance, veering from volcanic eruptions of grindcore-like violence to methodical, thuggish beatings, wild-eyed punk-fueled romps, and even a dose or two of queasy, narcotic black ‘n’ roll.

That final track, “Incessant Arc”, is a nearly-11-minute kaleidoscope. It’s just as constantly veering as the other tracks, but just a lot more of it. In addition to incorporating the changing sensations mentioned above, at times it sounds hallucinatory, and it also includes a completely glorious repeating guitar refrain that dominates several minutes in the back half along with an especially spectacular drum performance. Did I mention that before a final act of vulcanism (and a closing bit of dark ambience) there’s a light, dancing guitar melody that sounds downright joyous? Yeah, it wouldn’t hurt to buckle up a seatbelt before you get into this sonic schizophrenia.

The album as a whole is a nasty and gnarly piece of work, but one packed with surprises (especially that last song), and it’s thoroughly electrifying. Favorite track: Of course it’s “Incessant Arc“.

NA 21​.​02 – Aether is a single hour-long song by the duo of AW and JR, who are also collaborators in such other projects as Boreal, Starless Domain, and Twilight Fall (whose 2004 demo Lore from an Ancient Forest was just released digitally here).

I find this album to be perhaps the most difficult one to preview succinctly, because so much happens within this very long piece, but I’ll try:

In the low end it sounds like the band have managed to find and record the leviathan beating heart of the universe as they go adventuring through the vast expanse around it. Through glimmering ethereal tones the music opens the mind’s eye to spellbinding celestial wonders — within the midst of raging riff storms and terrifying shrieks.

Those sublime shimmering and rippling tones persist, beckoning us onward with their ghostly caress through the music’s continual ebb and flow of intensity. Distant simmering sensations create moods of despondency, while vibrations of brilliant fieriness channel fear, and glinting acoustic guitar arpeggios create a beguiling spell. Along the way we pass by cataclysms; we experience freezing loneliness; and through swelling symphonic immensity we’re shown vistas of haunting panoramic grandeur.

There are definitely very human emotions conveyed through this music, but it is also a mystical experience, and one that can’t help but remind us how tiny, insignificant, and ephemeral we are in comparison to the wonders around us, both near and far, which are heedless of our ever-vanishing existence.