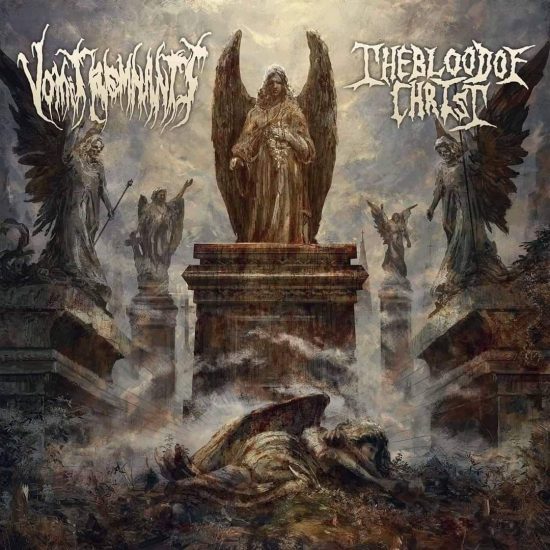 The long history of The Blood of Christ (aka Blood of Christ) began in 1994 in London, Ontario, Canada, and from then until now (with one long hiatus) the band has been anchored by guitarist Jeff Longo and drummer Jason Longo, and for their newest release they have been joined by vocalist/bassist Hank Bielanski. That newest release, which dropped last December via CDN Records, is an album-length split with the Japanese extremists Vomit Remnants entitled Eastern Beast – Western Wolf.

Blood of Christ‘s four contributions to the split capture the band’s genre-bending union of death and black metal, shrouded in dark, epic atmospheres and lyrically focused on subjects often atypical for such diabolical sounds.

For the first of their songs on the split, “Forgotten Divinity Chapter 1“, the band resurrected a song that was first included in a 1998 demo and breathed new life into it — and today we’re presenting it through a new lyric video. 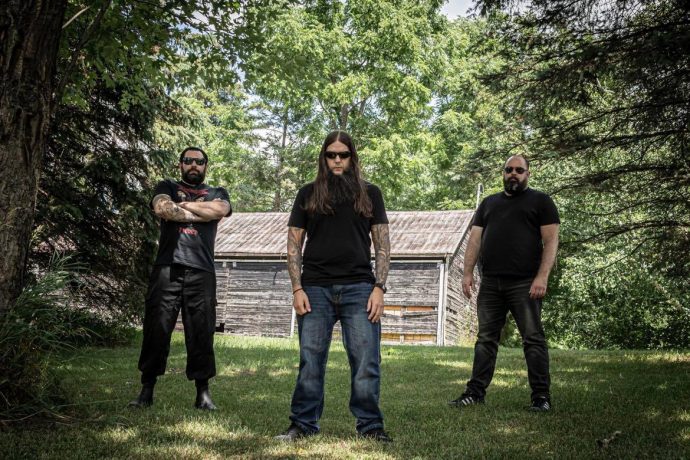 Lyrically, the band explain that the song “is about the divinity returning home to his clan after many years of hiatus”. They also describe the song as one that “has a very chaotic feel to it” — and if anything that’s an understatement.

The track is a labyrinthine composition, and around each corner there are dramatic, jolting changes that seem calculated to keep the listener continually off-balance. After an opening sequence in the video that builds an eerie and electric tension, the tempos and the riffing change like light switches maniacally flipped off and on, suddenly convulsing in blistering spasms and just as suddenly dropping into a staggering stomp or falling silent like a quick breath.

The music batters and jabs, cuts like a whirring circle saw, erupts in feverish frenzies, brays like a wounded beast, and slithers like a giant venomous reptile. The vocals change almost as much as the music, grimly growling and dementedly crying out. Though seemingly crazed in their constantly veering course, all the changes are executed with scalpel-sharp precision and united by bursts of squealing guitar torture.

The song proves that even well into their third decade, The Blood of Christ still sound ferociously vibrant and vital and, an impression further reinforced by the other three of their songs on this split — which features mastering by Dan Swanö and album art by Debbie Longo and Andreas Christanetoff. It’s available now through CDN: