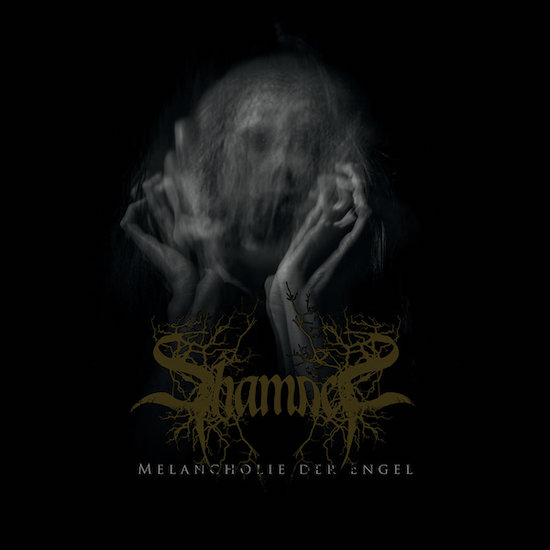 What we have for you here is a first listen to the entirety of Melancholie Der Engel, the debut album by the Italian atmospheric funeral doom project Shamael in advance of its joint release on April 15th by Satanath Records (Russia) and Negre PlanY (Spain).

In crafting this record (during the pandemic) the solo artist behind Shamael, Raffaele Galasso (a member of Gardenjia and Nightcrush) has not broken any molds, but he didn’t need to. The album is so immaculately executed that it’s a monumental achievement despite its adherence to so many familiar tropes of the genre. In its amalgam of sounds it’s ethereal and pulverizing, mystical and ruinous, haunting and harrowing, shattering and spellbinding. 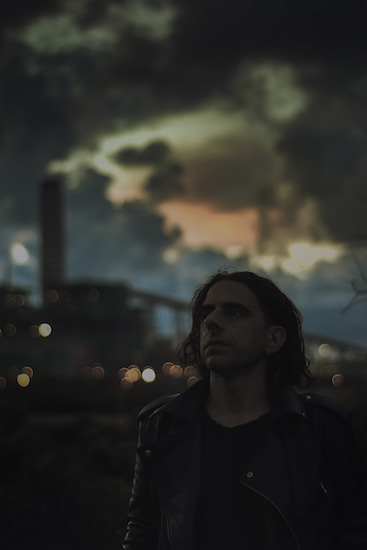 There are no clean vocals anywhere, only deep reverberating roars and cauterizing howls that transmit wretched torment (and in “Way of Woe”, the sound of ghastly gasping whispers, which are as chilling as anything else on the album). The pacing is also relatively uniform — just small gradations in a glacial, ponderous momentum. And the music is absolutely massive in its crushing impact, and nearly unrelenting in its channeling of inconsolable bereavement and smashed hopes.

But while devoutly wedded to these old funeral doom/death traditions, Shamael nevertheless exerts an iron grip on the listener’s attention. An audio aurora borealis of mystical, shining tones often shimmer above the titanic chords and bone-splintering drum blows. The guitars wail in grief or ring like beseeching chimes, and even those high celestial vibrations themselves seem to become desolate.

The songs are usually introduced by astral ambient overtures before they begin their devastating march, and Shamael also adds differing melodic accents from track to track — stately organ tones within “Crown Shyness”, pinging piano keys and solitary guitar emanations in “Way of Woe”, and the soulful tones of classical violin in “Moonsoon” (accompanied by spectral synth).

The title of that last song, which is the final one on the album, is a very evocative play on words — the music does often sound like a drifting rain of moon-glow, jarred by the crash of thunder. That track is just as monumental in its scale and obliterating in its heaviness as the other three songs, but the synths there lend the music an aura of awe-inspiring grandeur, though the agonized howls continue to generate feelings of emotional fracturing.

You wouldn’t go wrong picking any one of the album’s four tracks (which increase in length from one to the next) as a test case, but to get the full impact — to fall completely into the album’s powerful spell — set aside 40 minutes and immerse yourselves in the experience entire.

Satanath Records and Negre PlanY will release the album in a jewel-case CD edition with pit-art CD and an 8-page booklet. They recommend the album for fans of old Anathema, My Dying Bride, and Slow.