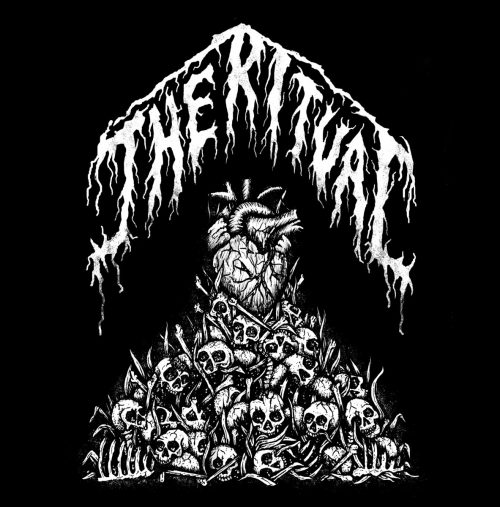 We’re about to take a mad leap off our usual beaten paths, flying off a precipice into a chaotic collage of sounds that differ stylistically from the genres of our usual focus but are still extreme and, yes, still metal (at least in part).

What we’re doing is premiering a track named “Sins of the Muse” from a forthcoming EP by the Floridian project AntiMozdeBeast (the solo work of one Gabriel Palacio). Entitled The Ritual, the EP is a melting pot of industrial, harsh electronics, metal, and a general affinity for the macabre (which extends to the varying vocals). 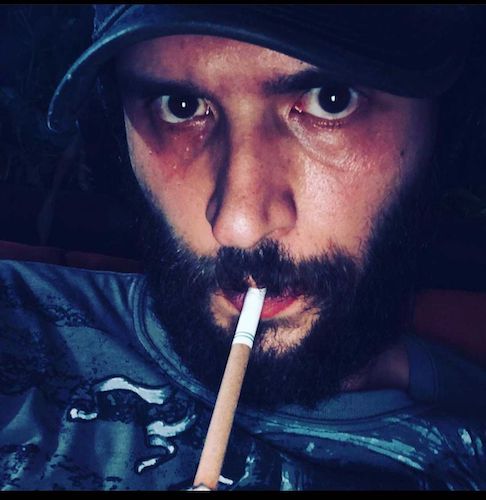 “Sins of the Muse” is an amalgam of sensations that claws at your mind and puts your teeth on edge, yet also weirdly manages to beckon and become seductive. It’s an unhinged tapestry of madly darting pulsations, screeching abrasion, enticing swirls, and gloomy, wailing recitals. It does occasionally become much less convulsive, allowing flickering electronics to quiver above astral cascades, until new seizures of sound emerge, with rising, harried vocals in the mix, in tandem with cold, echoing pronouncements. At the end, the fleet rhythms in the song become even more primal and propulsive.

Speaking of propulsive rhythms, the previously released song from the new EP, “Masquerade of Death“, is packed with booming syncopation — but it’s also even more intensely unnerving than the song we’re presenting today, thanks in part to the presence of distorted, throat-rending shrieks, blasts of harsh, blaring noise, and even more maniacal electronic paroxysms (which are in fact electrifying). But the song also includes scintillating keyboard arpeggios and soaring waves of sonic brilliance. It’s a head-spinning — and mind-mangling — experience.

There is of course a story behind these diabolical creations, a story “of an individual tormented by a life of hardship and a world of corruption” (as Gabriel Palacio sums it up). Born in Queens, NY, with a congenital heart disease to a mother who was the youngest daughter of 21 children (and was also a nun before moving to America and marrying), he underwent his first open-heart surgery at age three (and the second at age 30), lost his only brother (who struggled with drug addiction) due to an accidental death, and has himself wrestled with mental and psychological disorders.

And of course there’s more, but this is probably enough. On the EP, Gabriel plays electric and acoustic guitars, writes the lyrics and expresses them, creates the beats, and performs the keyboards and synths. The EP is available for Bandcamp pre-order now: