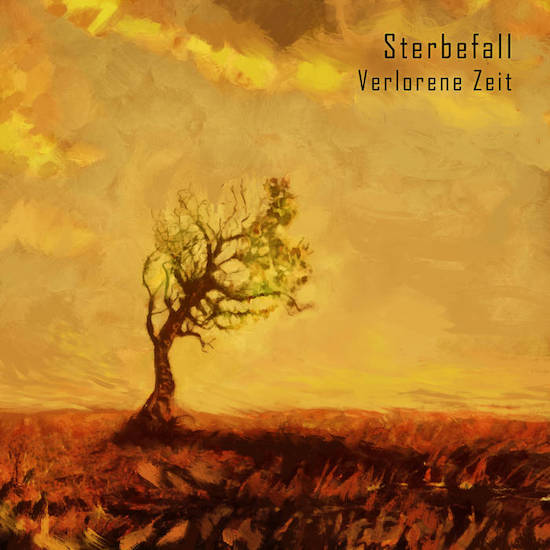 Verlorene Zeit is the forthcoming third album by the band Sterbefall from Voronezh in central Russia. Through a hybrid of black metal and post-metal the album gives voice to feelings of despondency, depression, self-hate, and pain — feelings that also lead into expressions of rage and bitterness. The two labels that will be releasing in on April 23rd — Satanath Records (Russia) and Fog Foundation (Italy) — recommend it for fans of Dystopia Nå!, Der Weg Einer Freiheit, Amesoeurs, and Hvøsch.

Those other names used as reference points are enticing inducements for Verlorene Zeit, but even more so is the song we’re premiering today, “Verbogene Gras“. 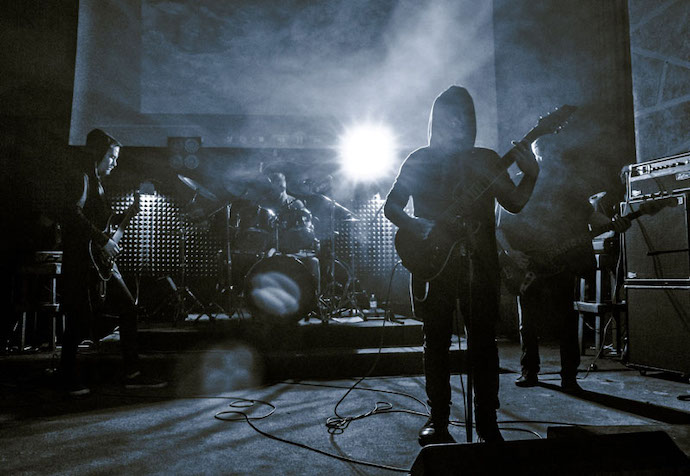 Accompanied by a mysterious and occult-themed video (but one in which we also get to see the band performing). it’s a spellbinding, though disturbing song, one that has the capacity to mesmerize but is shaded by grief, dread, and the threat of calamity.

A slow, gleaming arpeggio immediately creates a moody and melancholy feeling, a sense of sorrow that never completely disappears, but the atmosphere of the song transforms from one of introspection to one of tension and turmoil. A steady bass-and-drum pulse provides a mid-paced, head-nodding rhythm, serving as the anchoring momentum for voracious, serrated-edge growls (which rise to intense howls and screams), wide-ranging riffs, and morphing melodies.

The riffing itself growls and seethes, casting a dire, doom-influenced gloom over the song and also sending a fever of hopelessness surging through it, while the vocals seem to channel a vicious rage. But the guitar leads and solos are scintillating, and those high trilling tones sound like yearning, like a grasping for something to live for, though they too radiate a halo of grief.

Below you’ll also find a stream of the new album’s opening track, “Kvlt“, which we urge you to listen to as well.

The album’s cover art was created by Diedemor Studio. Satanath and Fog Foundation will release it in jewel-case and digipack editions with pit-art CD and an 8-page booklet.