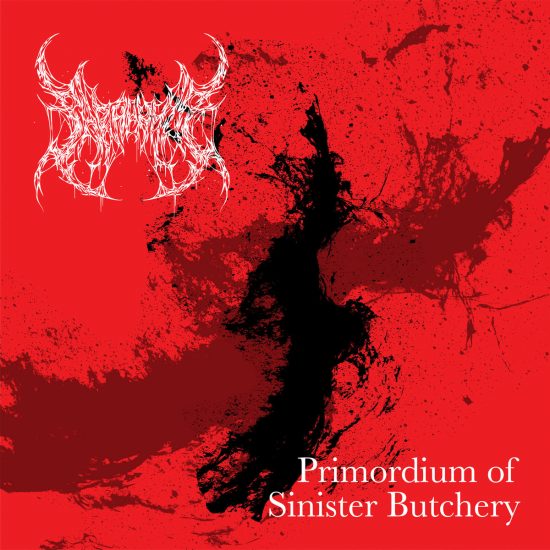 The Portland-based brothers SP and KRP are current members of Maestus and have joined forces before in such bands as Arkhum and Pillorian — all of them groups that we’ve devoted a lot of appreciative attention to over a long span of years. And now they’ve collaborated again in a new project named Paraphilia that embraces death metal influences of a particularly vicious and evil breed.

Their first effort under the Paraphilia name is an EP entitled Primordium of Sinister Butchery. As you’ll discover through our full streaming premiere in advance of the EP’s April 23 release, that title was well-chosen. “Primordium” refers to the first stage in the development of an organ, and the music is most definitely sinister and butchering. 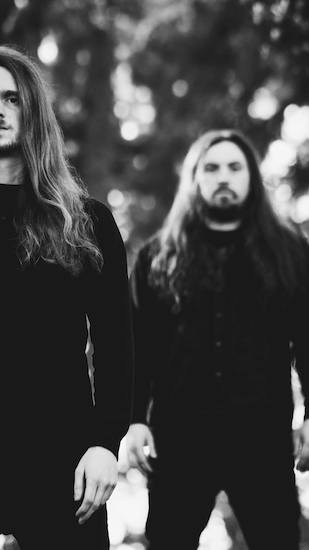 The EP consists of three original tracks and a cover of a Deicide beast that makes for a very fitting complement to the original songs.

The opening track, “Pocks of Frothing Rut“, is a viscerally powerful and utterly gruesome mission statement. Driven by thunderous double-kicks and skull-cracking snare attacks, and undergirded by a bubbling bass presence you can feel in your bowels, the song assaults the senses with gruesome braying chords and quivering, slithering leads, coupled with doses of brute-force bludgeoning groove and a macabre vocal array of guttural gurgling, malignant roars, and strangled screams.

Having set the stage in such exhilarating but horrifying fashion, Paraphilia launch into “Catalytic Heaving“, which marries frenzied hornet-swarm fretwork and titanic, pile-driving brutality — a union of boiling, serial-killer lunacy and cold-eyed thuggery — with neck-wrecking drum fusillades and a further mix of vocal bestiality for extra ruination.

“Patterns of Invigoration” is in keeping with that opening one-two punch, but also includes a pair of guitar solos that skitter, swirl, wail, and shriek, adding to the song’s atmosphere of psychotic violence and unnatural ghastliness.

Paraphilia’s cover of Deicide’s “They Are the Children of the Underworld” (from the 1995 album Once Upon the Cross) is faithful to the original, but even filthier and more mauling in its swarming savagery and even more punishing in its phases of jolting brutality. The soloing sounds even more supernatural, and the vocals even more horrifying in their roaring malevolence and screaming madness.

In short, Paraphilia have quickly demonstrated a frighteningly impressive talent for this kind of violent, malignant, and paranormal death metal, which should appeal to fans of Devourment, Cannibal Corpse, Hate Eternal, Abominable Putridity, and of course Deicide. We hope for more to come…

3 Responses to “AN NCS EP PREMIERE (AND A REVIEW): PARAPHILIA — “PRIMORDIUM OF SINISTER BUTCHERY””