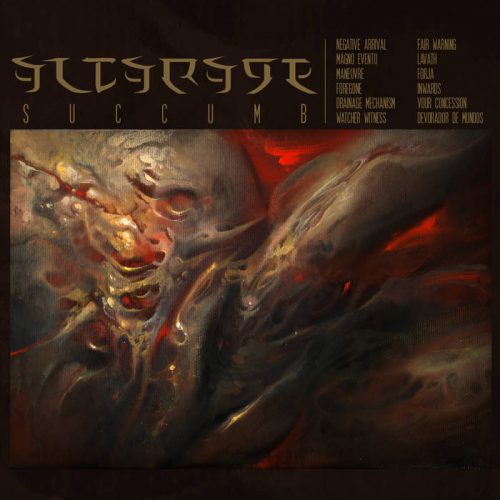 In 2015, which seems like a geologic epoch ago at this point, we came across a two-song debut demo by Altarage from the Spanish Basque Country and summed it up as “primitive, poisonous, electrifying music from a band that’s now squarely on my radar screen for the future”. They stayed squarely on our radar screen over the course of three subsequent albums, even though they eventually left it in sharp shards of wreckage.

We characterized 2016’s Nihl as “a monster of an album… that will melt your insides”, combining “sheer malignant intensity” and “catastrophic dirges” capable of “dragging your staggering body down into an abyss of despair”. Then came 2017’s Endingent, which we described as “dealing in a brand of pitch-black sonic horror” (“horrifically dense and devastating”), creating an atmosphere “so thick and choking that this album isn’t recommended for anyone who suffers from even a hint of claustrophobia”.

Altarage followed that with 2019’s The Approaching Roar, which we found even more “grim and gruesome” — “one of those records that hits you like a veritable force of nature, and leaves you with no other option except to kick and struggle as hard as you can to keep your head above the water”.

And now comes Succumb, the new Altarage album that Season of Mist has authorized us to put before you in full, the day before its April 23 release. What should you expect? 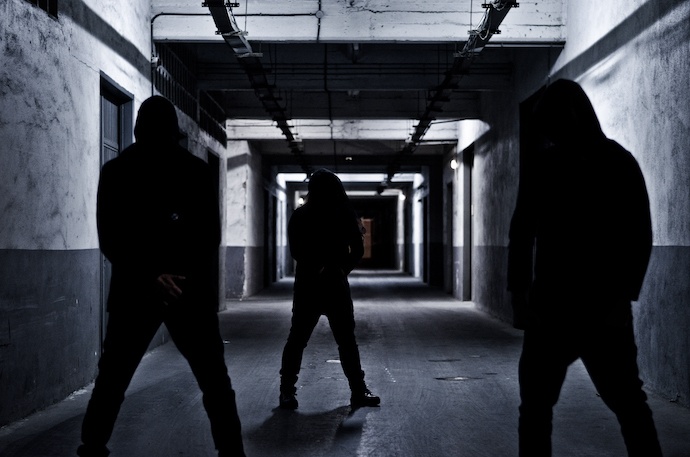 You would know some of what to expect if you heard the two songs that have been released so far. “Magno Evento“ unleashes a storm of obliterating drum assaults, crazed, roiling and yowling dissonance, and enraged shrieking. The song spins at tornado speed in a violent paroxysm, intermixed with fretwork bursts that sound sadistic but get their hooks in your head too, plus mountainous stomps, imperious chords, and a screaming solo. The whole thing is breathtaking.

By contrast, “Forja” is a mammoth stomp, cruel, pulverizing, and quivering with diseased and dismal leads. But the song also suddenly becomes a destructive spasm of horrid roaring vocals and sandblasting riffage, punctuated by unexpected stops and starts that constantly throw the listener off-balance, and laced with bursts of blaring discordance. The band also pick a moment to start brutally jackhammering your skull, and end it in a blazing but frightening frenzy.

Those two track show Altarage at the heights of their powers, delivering shock-and-awe assaults but working in startling twists and turns and demonstrating that it’s possible (and indeed important) to put different kind of hooks in music that is so fundamentally malevolent and frequently catastrophic. 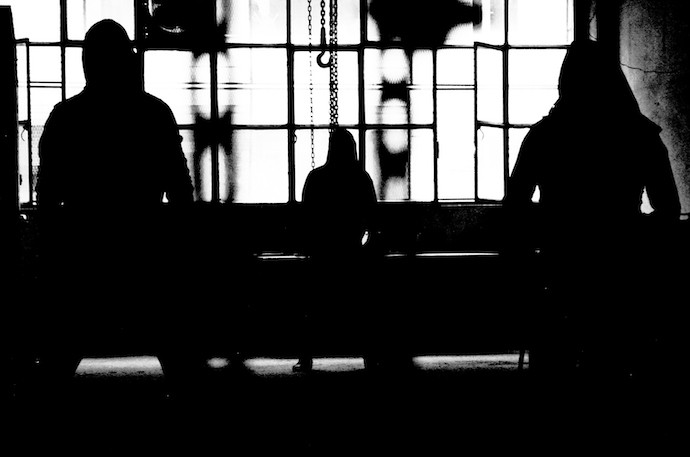 Not all the songs are as dynamic as those two. “Negative Arrival“, for example, is an interesting choice for album opener. One of the two shortest and more disjointed blasts on the album, it spends most of its time emulating the sound of a giant hornet’s nest in a fever, eventually augmented by a non-stop percussive cannonade. “Fair Warning“, the album’s shortest piece, proves to be an interlude of eerie and ephemeral organ tones, laden with grit and joined by what could pass for the grinding sounds of a metal trash compactor. But brevity alone isn’t necessarily a hindrance, because even at 2:18 in duration, the bursts of clamorous and moaning anti-melody and riveting drum progressions in “Inwards” make an electrifying and memorable impact.

Yet it must be admitted that the songs in which Altarage give themselves more room to maneuver are the tracks that make the biggest impact, from the stunning dose of bludgeoning brutality and morbid seething meted out in “Maneovre” to the multi-faceted and magnificent terrors encompassed by “Foregone” (maybe the record’s most free-wheeling and fascinating track), from the full-on barbaric bombast of “Drainage Mechanism” and its addictive blurting leads and clanging bass tones to the dissonant grandeur, wraith-like overtones, and jackhammering grooves of “Watcher Witness” (one of the album’s true stand-outs).

And we mustn’t overlook the combination of berserker mauling, head-moving momentum, and glacial mind-clawing woven together in “Lavath” (which repeatedly seems to stop, only to continue its ruination) or the blazing madness and neck-bending hammer blows of “Your Concession“, and of course the two tracks mentioned above which were chosen as pre-release single premieres.

And then there’s “Devorador De Mundos“, the immense 21-minute world-devouring thing that’s sitting there at the end of the album. Altarage have never attempted anything like this before, and it’s likely that listeners’ reactions will vary. If you happen to be someone who hopes they never do it again, you can be consoled by the fact that Succumb delivers more than 40 minutes of music across 11 other tracks without counting it.

Across these final 21 minutes Altarage create what seems like a slowly saturating nightmare. At the outset they interweave spectral ambient sensations, oppressive funereal marches surrounded by sounds of boiling infection, bouts of pile-driving punishment, and of course the occasional gruesome roaring vox. But the bulk of the track consists of a dense, miasma-like swath of abrasive, misery-infused riffing accented by flickering, otherworldly leads and febrile low-end upheavals. Gradually the experience builds into an unnerving cacophonous conflagration.

As suggested in the preceding description, the sounds do change, but in the main it’s a lot of suffocating bleakness and mind-mutilating madness to withstand, like a test of endurance (much like life itself, and with nothing ahead but the extinction of hope), particularly after running the gauntlet of the 11 preceding songs.

And so what you should expect from Succumb is a great deal more of the dissonant and crushing black/death devastation for which the band have already become well-known, but with discernible moments in which they have stretched their giant bat wings to enhance the dynamism, to sharpen the hooks, and to strengthen the blood-congealing atmosphere of their horrifying and nihilistic assaults.

The album will be out tomorrow, and can be ordered now in a variety of formats. Gird your loins and enter the full album stream below.

2 Responses to “AN NCS ALBUM PREMIERE (AND A REVIEW): ALTARAGE — “SUCCUMB””