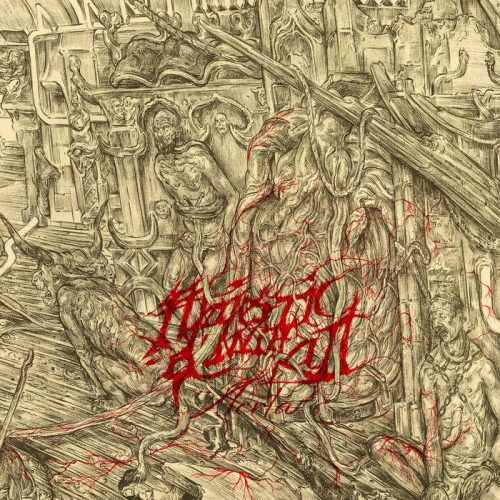 A persistent favorite of this site, the Mexican doom-death band Majestic Downfall have already provided abundant proof of their formidable talents, having erected, through five albums and a pair of splits, an imposing sonic edifice that’s as magnificent as it is heart-rending. And now they’re approaching the May 21 release date of their sixth full-length, Aorta, which will be released by the new but rapidly growing label Personal Records — and it reveals the band at the pinnacle of their soul-shaking power.

Written and recorded during the pandemic, Aorta consists of four songs that collectively span 70 minutes, and those songs are expansive in ways that transcend mere length, ranging in their sensations (to borrow the words of the PR material) “from suffocating to vibrating, damning to liberating, utterly devastated to strangely hopeful – but always crushing, and devastatingly so”.

As further evidence of the truth of those words, today we premiere an Aorta song named “A Dying Crown“. 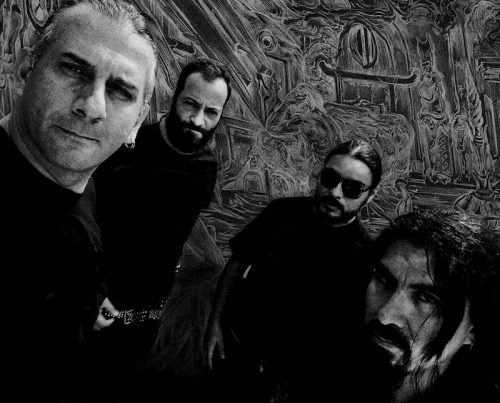 Mid-paced in its momentum, and both pulverizing and clear in its sound production, the song sets the stage with massive chords synced with obliterating drum blows and coupled with titanic, bone-grinding bass tones. Anchored by those devastating impacts, the music unfolds in a collage of slithering and darting guitar arpeggios that are both gleaming and doleful, and continually captivating. Mastermind Jacobo Córdova‘s savage, spine-tingling growls create a persistent element of intensity, particularly when they elevate in their torment to heart-rending cries.

The drums continue to strike with smashing power even as the rhythms change, and the riffing delivers jolting impacts as well. Together they lead the song into increasing intensity, through both the skull-cracking, pile-driving force of the rhythms and the raw anguish that radiates from the music, which reaches a zenith through feverish soloing. A dual-guitar harmony near the end, which rears its head in the midst of punishing hammer blows, becomes a thing of wrenching though mesmerizing beauty, and leads into a crescendo of detonations and fire.

And thus the song proves itself to be an arresting amalgam of visceral physicality and memorable melodies built upon beautifully conceived variations on a consistent theme.

Today’s premiere is the second song to be revealed from the album so far. The first one, “Roberta“, was an unusual choice for a “lead single”. In light of the song’s extravagant length (nearly 20 minutes), it’s almost as if the band were throwing a challenge at listeners, but is more likely a sign of pride in what they had accomplished. Certainly, the song’s length is a sure sign of elevated ambitions, and perhaps the best sign of its success is that as you become thoroughly immersed in what’s happening, you lose track of time passing.

Over the course of its long journey “Roberta” becomes a monument of tragic grandeur. As it ebbs and flows through phases of crystalline fragility, earth-moving heaviness, and battering frenzy, it reveals moods of haunting poignancy and crushing hopelessness, of intense yearning and harrowing anguish, of spectral eeriness and pain-spawned derangement. There’s enough shattering passion surging through the wide-ranging harsh vocals to fuel a city power grid, and enough catastrophic ruination in the percussive elements to level that city.

Once again the manifold melodic and tonal variations (which at times reveal prog-minded sophistication and finely stitched elegance, as well as both heart-swelling and soul-shattering beauty) prove to be persistently gripping, so much so that they surface in the mind, unbidden, long after the listening journey has ended. Find 20 minutes and let this carry you away:

Credit for the mixing and mastering of Aorta goes to Tore Stjerna at Necromorbus Studio. The fascinating cover art was created by Oaxaca artist Oscar Camilo De Las Flores. The album is available for pre-order now, in CD and digital formats: