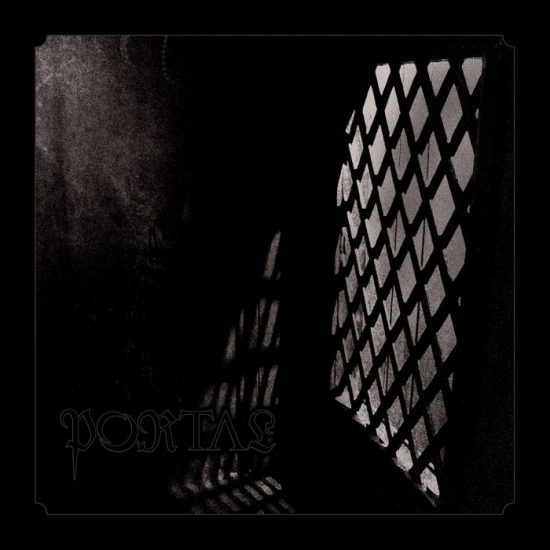 Because I got a late start on the day and have a lot of personal shit to attend to, my original plan was just to pick a couple or three songs and make this an abbreviated round-up. But I kept coming across tracks and videos that I really wanted to share, so this collection mushroomed.

It also amused me, as it often does, to build in some stylistic whiplash, particularly in the arrangement of the last half of these picks. Hope you find something here that will make your day a better one.

I probably overlooked one or more news missives, but I wasn’t aware until yesterday that Portal had a new album on the way. When I discovered that fact, it produced the kind of a blood-congealing yet spine-tingling experience I usually have when wondering what new horrors will be headed our way from this band.

The new album is named Avow, and the track that surfaced yesterday is “Eye“. That track runs the risk of ruining everything else in today’s collection because, if you’re like me, you’ll wind up feeling ill from it. From the gut-wrenching guitar tone to the roiling and freakishly writhing quality of the riffs and the horrific vocal eruptions, Portal seem sadistically intent on producing a sickening sensation. Rumbling and booming drums and cymbal snicks provide the changing rhythmic momentum within the murky and grotesquely distorted surrounding miasma, but don’t really steady the trip.

Avow will be released by Profound Lore on May 28th.

(Thanks to Rennie (starkweather) for making me aware this track had come out. His message was a simple one: “An anvil from the sky”. On starkweather’s Facebook page he left a different but still pithy notification: “Look what comes shambling from a nether dimension”.)

Last weekend I tried to draw attention to the online Roadburn Redux festival, though I was too short on time to enjoy all of it myself. Since the fest ended, lots of videos from it have been released straight to YouTube, and this next item is one of those.

This clip is from the live set of one of our favorite bands, Regarde Les Hommes Tomber, and captures their riveting performance of “The Crowning” from their 2020 album Ascension (they performed the entire album at Roadburn Redux). The deeply shadowed and candle-lit setting — and the bursts of blazing light — suit the music, which is dissonant and disturbing, intense and innervating, brazen and booming, and drenched in despair (and the vocals are completely off the hook). 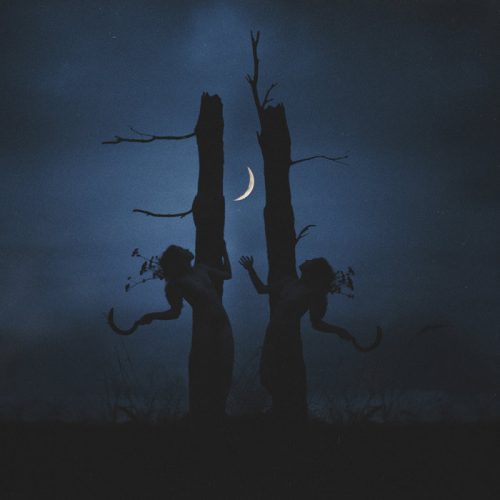 I love the cover art for this new single by the Moscow band Morokh, and would have checked it out for that reason alone even if I hadn’t already known via our many writings about the band just how good they are. As demonstrated by “Faces of Death“, they’re still really good.

In this song, after an eerie, chilling start, they eject a frightening, flickering lead riff and a bludgeoning drum attack, accompanied by savage growls and maniacal shrieks — but also segue into a bleak and bone-breaking stomp. The lead guitar wails in misery as the drummer tumbles and booms, and then the notes mysteriously ring and chime against a swath of gleaming ambient sound as the vocalist utters grim and gruff pronouncements — as a prelude to a furious firestorm of sound. 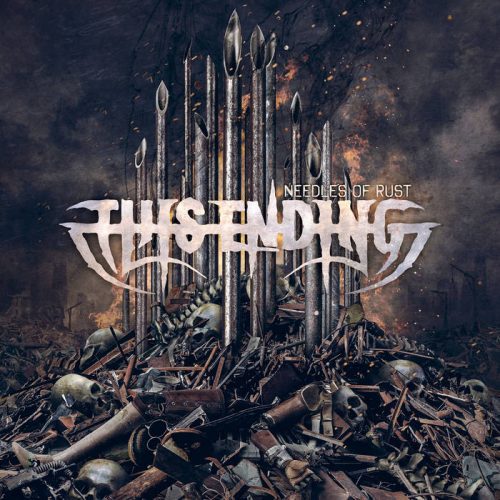 It’s been a very long time — nine years and two months, to be exact — since we last wrote about this Swedish melodic death metal band. That last occasion was when DGR enthusiastically reviewed their 2012 EP Systematic Worship. They did release a 2016 album, Garden of Death, that we managed to omit from our coverage, but now (five years later) they have a new full-length headed our way in May. Its name is Needles of Rust.

This morning I discovered the third single to be released from the album so far, a song named “Eclipse of the Dead“, which features guest vocals by Gord from Darkened. The song is a slow build, moving forward from a somber acoustic melody into increasing intensity in which the music jolts and jars, catches fire and soars, and becomes cinematic in its sweep. The vocals are pleasingly barbaric (except for a small episode of singing), and there’s a transfixing solo in the mix as well.

Needles of Rust will be released on June 11th by Black Lion Records. 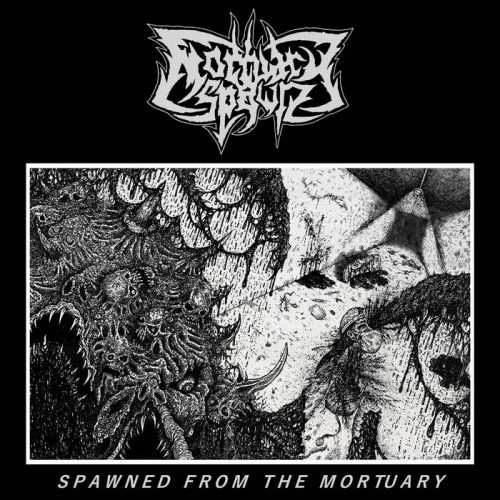 Now I’m taking a fairly sharp turn from the progression (if you could call it that) of the first four tracks in today’s collection, with a full stream of the just-released debut EP, Spawned From the Mortuary, by Mortuary Spawn from Leeds in the UK.

It took only one listen for me to wholly embrace this five-track attack. It provides an engaging and notably dynamic amalgam of styles that (as I hear it) includes crust, psychedelia, a strong flavoring of the supernatural, and above all a particularly sinister form of old school death metal.

Maybe it shouldn’t come as a surprise that the EP is so good, since the members of the band aren’t newcomers, having performed with The Afternoon Gentlemen, Bong Goblin, The Day Man Lost, Famine, Groak, Implement, Lugubrious Children, Ona Snop, Pest Control, Rat Cage, Suffering Mind, Vomitorium, ZEK, and more.

The EP is available digitally, and a cassette tape version of the EP is up for order here from Chamber of Emesis.) 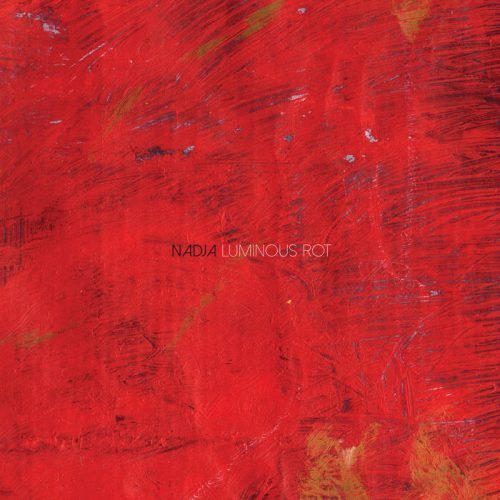 One good hairpin turn deserves another, and so I’ve moved from that Mortuary Spawn EP to a video for the title track off a forthcoming album by Nadja entitled Luminous Rot.

If you don’t do heavy narcotics you can get a semblance of the experience from this track and the strange looping video that accompanies it. If you already do heavy narcotics, you can save your money today and use this instead. But in addition to being a nightmarish opium dream, the song is also a massive lumbering juggernaut — the fuzz-bombed sludgy weight of the track has a massive earth-moving impact, in contrast to the glimmering tonal accents and the unsettling wooziness and spectral radiation of the vocals.

Luminous Rot is coming on May 21st via Southern Lord.

P.S. I’ll point out that another of the videos that has surfaced from the recently completed Roadburn Redux is a film of Nadja’s set at that festival. I haven’t indulged myself with it yet, but I intend to pretty soon. You can find it HERE. 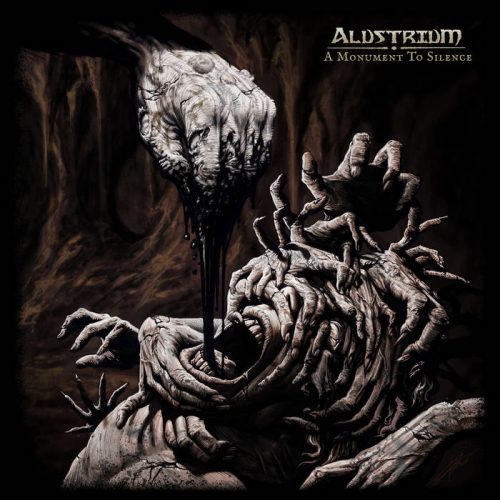 There’s a serious case of whiplash awaiting you if you just finished listening to Nadja’s new song, because what I’ve chosen next is a new track from the proggy tech-death Philadelphians Alustrium, whom we’ve written about with excitement on multiple previous occasions, most recently in the case of Andy Synn‘s review of their 2020 EP Insurmountable. We had to wait five years for that one following the band’s second album (A Tunnel To Eden), but their newest release is now following the EP in short order.

That new release is an album named A Monument To Silence, which is forthcoming on June 18th from Unique Leader, and what you’ll find below is a video for an advance track entitled “Deliverance for the Damned“.

The song is in part a tech-death frenzy, packed with spidery fret-work, adrenaline-fueled drum acrobatics, and bestial vocal vituperations, but it also includes wisps of eerie and seductive melody within the full-bore rush, as well as bursts of grandiose chords, a joyously ecstatic guitar solo, and a melancholy instrumental interlude near the end to let you catch a quick breath. The song put a big smile on my face, and hope it will for you too.

(TheMadIsraeli enthusiastically turned me onto this song, for which I’m grateful. And if you’d like to check out a lyric video for another track from the album, go here.) 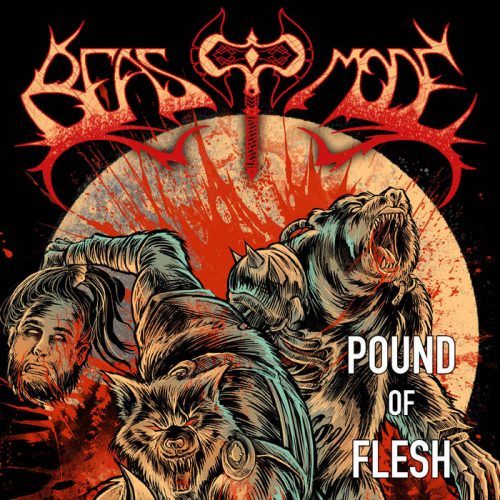 And now one final twist in the road, though one that’s not as likely to inflict whiplash as some of the preceding directional changes in today’s collection.

What I’ve chosen as a concluding experience is a video (which premiered yesterday at Invisible Oranges) for the title song off the new EP by Beast Mode from Atlanta, Georgia. If the name rings a bell (for reasons other than Marshawn Lynch), it may be because I’ve previously urged their music on you.

This particular song is a full-bore turbocharger composed of hard-slugging grooves, vicious thrashing riffage, and utterly savage enraged-panther vocals — but further includes a beautiful ringing guitar harmony, infectiously ecstatic leads, and a second solo that goes off like glorious fireworks. It’s the kind of thing that leaves you smiling through broken teeth and neck-strain.

The video turns out to be an intriguing thing to watch. We see the band members filing into a shed one-by-one, and we see them frantically running out of it later. The suggestion is that something else bloody happened in there, in addition to the band jamming out this infectious gallop.

Pound of Flesh is out now and available via Bandcamp in CD, cassette tape, and digital formats.