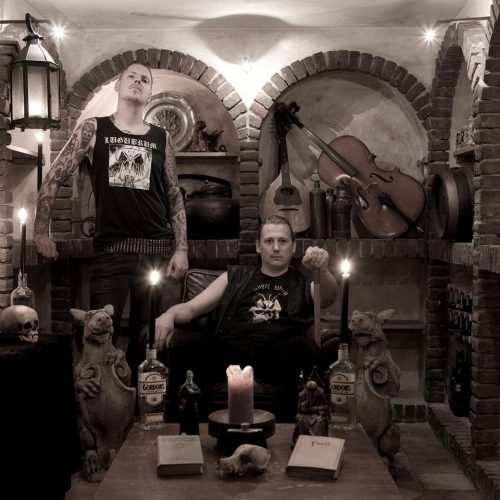 (In this new interview, Comrade Aleks has brought us a discussion with one of the members of the Dutch band Urfaust, whose latest album was released by Ván Records on April 16th.)

Black metal never was my cup of tea, but there are bands who hold my attention for years, and Urfaust from the Netherlands is one of them. They are able to perform both atmospheric and quite strict raw stuff, but at the end of the day Urfaust has kept its grim individuality (in secrecy) for years.

Performing as a duet since 2003, VRDRBR (drums) and IX (guitars, vocals) seem to be always busy filling their discography with new recordings and even though their up-to-date full-length Teufelsgeist (2020) saw the light of day in November 2020, the band already has a curious new volume – Compilation of Intoxications — released literally a few days ago as I write this. Teufelsgeist is meditative to some degree, an ambient-laden ritual. Why not to talk about it and other Urfaust-related themes?

VRDRBR is here and he has some enlightening things to say. Enjoy, I’m going to keep hydrating!

Salute VRDRBR! How are you? How strict are the quarantine rules in Asten nowadays?

Hello there… all is well and both spring & winter are in the air, so all is good. I guess the quarantine in Asten is the same as the rest of the Netherlands, I don’t know? The quarantine rules keep changing and I can’t be bothered to pay attention to these things any more, since they seem to change week by week. I prefer to focus on other things like my family, work or musical endeavours.

It’s kind of a clichéd way of thinking, but a lot of metal and extreme metal bands demonstrate their distaste towards society, humankind, etc. You know – who doesn’t have a song about Armageddon? But Covid has happened and I don’t remember if anyone from the metal extreme underground has proclaimed “a celebration for the death of man” and was satisfied with all the things happening around us. How do you see the current situation inside the scene from Urfaust’s point of view?

I don’t care for other bands nor can I speak for them, but personally I think that when push comes to shove, everyone wants to be healthy and doesn’t want to lose any of their loved ones; of course there are always people who want to see the world burn – but for me, I don’t see any reason for praise or condemnation.

Over the years I have become a more antisocial person anyway, and I didn’t feel the need to go to concerts or bars or any other social gatherings or parties of that kind before the Covid outbreak, so in that perspective not much has changed. I like to stay in the company of a select few people, and besides the few gigs with Urfaust or other bands I am involved with, I hardly attend any concerts… What is annoying is that we cannot travel abroad to see our friends in Belgium, Germany, Norway or the United States, since the rules keep changing. But other than that, as long as my family, my friends and myself are healthy, all is good…

How did Urfaust spend 2020? You didn’t play live often, although you did tour in the US, so I suspect that the quarantine hasn’t changed much from this point of view. On the other hand, people have said that on-line sells have been rising a bit during the past year.

I don’t know how our 2011 mini-tour in the USA is relevant for 2020? For Urfaust the year 2020 was basically like any other year; apart from the two planned shows being postponed / canceled it was business as usual: We focused on recording Urfaust. We did two recording sessions, and one session was during Carnaval in Germany right before Covid hit, so we heard about things going down in Asia, but had no idea how it would “impact” things over here or as a matter of fact, everywhere…. The other recording sessions were somewhere in the summer of 2020, down at the bunker… where we had a feeling that “things would be back to normal soon” – but I guess we were wrong there….

Other than those two recording sessions in 2020 we didn’t do anything for Urfaust and were just focusing on our own stuff; we kept busy, just not with Urfaust. So, same old, same old I guess? 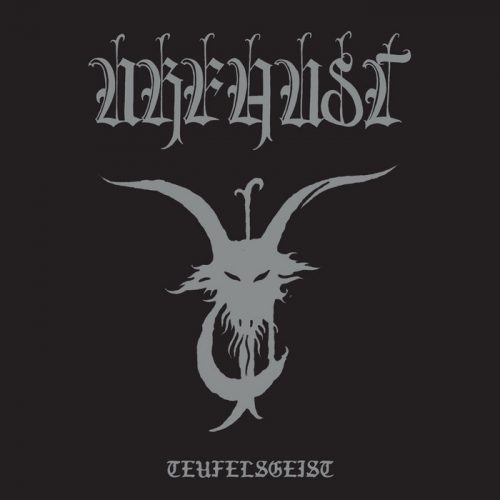 There is no spiritual difference between the albums; we are still the same and have the same mindset as when we began. As a matter of fact, I think these two albums are the most connected with each other in our overall discography so far! Both very ambient-driven and they have a certain wildness around them… something other releases might lack in my eyes. Alcohol played a huge part in both records, but this time in a different setting!

There was a gorgeous Teufelsgeist edition including bottle of special gin and other pleasant surprises. What’s the story behind this sort of gin? What did you want your listeners to experience tasting this one?

We got the chance to create a gin together with HOOS GIN and I took it with both hands! We created a gin to our taste and fitting to Urfaust: It was supposed to be a limited edition, with a 7” vinyl… but since we got so excited for the whole project we recorded an album. The album represents the stage of intoxication, going from extremely euphoric when you start drinking to losing control of yourself, resulting in the ultimate hangover that gives you the feeling you just want to fucking die….

What are gin’s benefits over other sorts of heavy drinking?

The taste of it! Gin Tonic has been my “go to” drink when it comes to spirits even before I drank beer as a teenager. I still love it! But I like other stuff like a rum as well… or just a simple glass of water will do fine as well; keep hydrating! 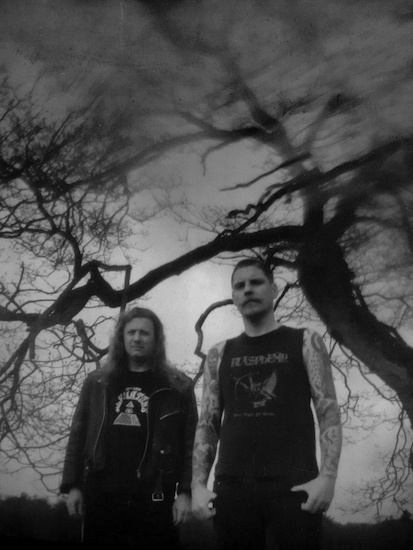 Urfaust don’t publish their lyrics, but Metal-Archives assert that your lyrical themes deal with “death, occultism, intoxication, rituals and nihilism”. And from the outside it seems to be close to the real state of affairs. How serious are you in speaking about things “occult” and “ritualistic”, and keeping on promoting alcohol for example? Doesn’t the first matter need a clearer focus?

I am not telling the butcher how to cut his meat nor tell a painter how to make his art; the same as I am not going to tell other people how to practice their own spiritual beliefs. Alcohol has always played a big role within Urfaust, but it is not what we are all about…

Teufelsgeist has very strict artwork, and initially I actually expected more strict music, but who may trust the devil? What does the devil’s image personify in Urfaust?

Yes, it was a very sober and strict artwork that fitted perfectly! The devil has always been present and always will be as long as we walk the earth!

I’ve read your interview where you were talking about features of playing gigs in the UK (empty spaces, what are we living for?). What are your most positive and most negative experiences of playing live?

I don’t think we will ever set foot in the UK again, not only thanks to Covid fucking things up, but I am also afraid that Brexit made it very difficult and frustrating for underground bands to play in the UK. so at this point I don’t see us returning anytime soon… The only chance I see now to play live might be busking in the streets, as I don’t see bands doing shows in the near future… let alone “touring”. Rules keep changing every week and every country has got different rules or ways of dealing with Covid. I hope I am wrong, but I don’t get my hopes up!

I’ve counted ten split-albums Urfaust took part in. Splits always serve as a sign of healthy atmosphere inside the scene. How important for you are collaborations like these? And did you have negative experiences with some of the true / not true black metal cultists in the wider sense of the word?

Since we only do splits with bands we know personally or have a personal understanding with, we didn’t have that problem at all… As I said before, I don’t care for other bands these days and we prefer to keep our circle small and don’t need new friends… it is a good way to not get disappointed!

I learned about Urfaust in around 2011; there was a review or maybe interview on doommantia.com… I don’t remember… Back then there was the “Der halbtoten Dichters Schein-Existenz” song on Urfaust’s MySpace profile — I was listening to it over and over again. A killer track indeed — I listen to it regularly till nowadays. It’s a pretty strict question: What’s this song about?

Thank you, but a magician does not reveal its secrets…

May we expect new tunes and new alcohol from Urfaust before the end of 2021?

Yeah, something new has been sent to the pressing-plant, but no idea if that will be released this year, as Covid has taught us one big fat lesson: “DON’T COUNT ON IT”