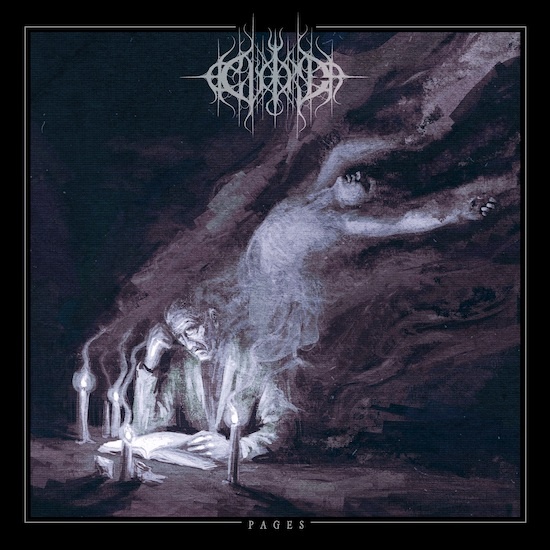 In its lyrics, the title track to Eclipser‘s new EP, Pages, reflects the dismay, despair, and disgust of a religious believer who has reached the shattering realization that what he has been promised in biblical pages are lies, and were instead only a means of indoctrination whose hollowness has left him hopeless, frightened, and enraged. As Eclipser themselves explain: “‘Pages‘ is the tale of a weary soul in search of faith. He seeks out God but finds only empty words and misery.”

In its amalgam of black and death metal, the song is equally shattering. It channels sensations of torment and turmoil in unnerving ways, plumbing the depths of a mind coming apart as its foundations fracture and become rubble, with nothing left to take their place. 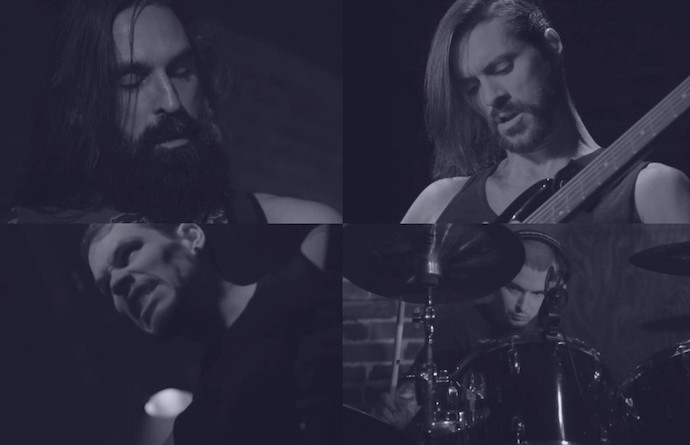 The dissonance and discord in the song are so intense that they put your teeth on edge, and the utterly maniacal vocals are equally harrowing (and the principal source of the track’s feeling of fury). As the layered guitars writhe, scream, and howl in a dense yet decipherable maelstrom of madness, they summon sensations of dread, derangement, and desolate grief. At times those sounds seem beseeching, and the deep moaning currents in the low end convey the gloom of surrender, but the overarching impact is one of something once vital to the order of life violently coming apart at the seams.

Unless you get the wrong idea from the preceding paragraphs, there is (perhaps surprisingly) a sense of order to the song — structures in the guitar torture that exert a subtle yet visceral grip and become even more apparent with further listens. And speaking of visceral grip, the variable drumming is another manifestation of order within the cataclysm, with its own compelling qualities.

The EP was produced by Eclipser (who hail from Ottawa, Ontario), mixed by Mike Raymond of Reverence Audio, and mastered by Topon Das (Fuck The Facts) at Apartment 2 Recording. The stunning EP artwork, which is used to great effect in the lyric video we’re premiering, was created by Misanthropic-Art.

This is Ecliper‘s fourth release, following a 2017 demo, a 2018 promo, and the band’s 2019 debut album Pathos (2019). It’s recommended for fans of Ulcerate and Deathspell Omega. It will be released on May 28th and is available for pre-order now. After the links below you’ll also have a chance to take in another intense, bone-smashing and mind-mauling song from the EP — “To Never Wake Again” — one that includes a truly spectacular extended guitar solo as its finale.

One Response to “AN NCS VIDEO PREMIERE: ECLIPSER — “PAGES””