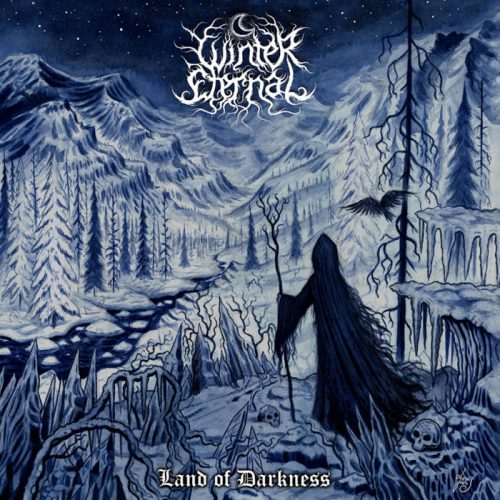 Take a moment to contemplate what black metal might sound like if created by a band named Winter Eternal on an album entitled Land of Darkness, with song names that include “The Illusive Wings of Death”, “Isolation”, and “Shaped By Grief”. Add to that the fact that the band’s sole creator chose the name “Soulreaper”, and then absorb the vision captured in the Land of Darkness cover art created by Joan Llopis Doménech.

You might then naturally have expectations of music that portrays oppressive gloom and snow-bound desolation, and perhaps even an icy and depressive indifference to life. It’s indeed true that Land of Darkness is home to a fair share of dark moods, but what might surprise you if you’re unfamiliar with Winter Eternal is that the music is also bright and poignantly beautiful, and capable of weaving immersive and wondrous spells. And the emotional core of the music is anything but lifeless and cold. 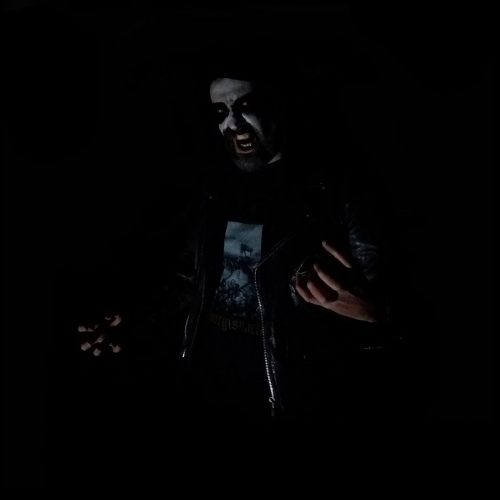 The first original song that premiered from the album in March was the title track, and I’ve returned to it often. I was quickly hooked by the icy yet blazing, sweeping yet dancing, melodic riffing and flickering leads in the song. It’s capable of sweeping you off your feet, and somehow it seems to channel both fiery triumph and wrenching anguish. The harsh vocals are frighteningly furious, but the song ends in a gentle, multi-layered guitar harmony that’s simply sublime. Don’t be surprised if the track’s central melodic refrain gets stuck in your head, as it did mine, but the bass work (which actually begins the song) is worth close attention too.

The song we’re premiering today, “Crown of Stars“, is also a captivating one. In a way comparable to how “Land of Darkness” concludes, this song opens with a glistening clean-guitar arpeggio backed by shimmering ambient tones. This collage of sound (which includes violin and cello performances by Matthew Dakoutros) brightens and intensifies further, undergirded by vigorous thumping rhythms accented with electrifying bursts of clattering snare drum. The intensity of the snarling vocals is undiminished, perhaps shedding light on inner pain and turmoil, but there’s an enveloping atmosphere of mystery and wonder  in the music as it washes over us in sweeping waves — and a feeling of melancholy as well.

Winter Eternal was born in Greece, but its creator moved to Scotland in 2018, and there he has remained. The inspirations for the music have ranged from the ’90s Swedish black metal scene (Dissection, Gates Of Ishtar, Vinterland, etc.) to both the early Hellenic and Norwegian scenes (Rotting Christ, Necromantia, Varathron, Ulver, Windir, Satyricon, etc.).

Land of Darkness is a nine-song, 40-minute work, and represents the first Winter Eternal work on the Hells Headbangers label, which will release the album on June 4th in CD, viny LP, and digital formats.

There’s one more track from the album that we can present to you — a cover of Gates of Ishtar’s “Dawn of Flames” — and you’ll find that below the following links: