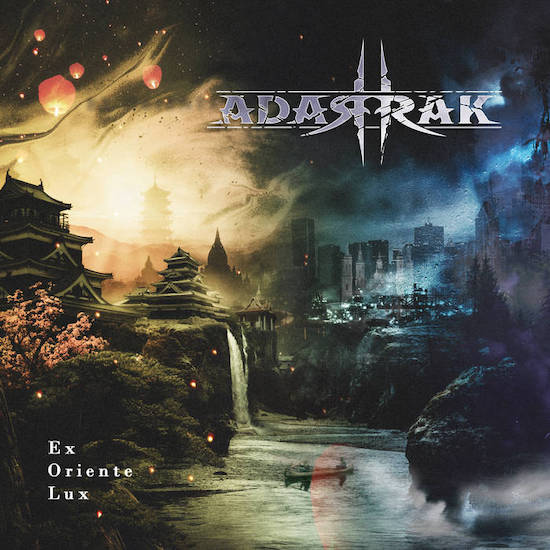 Moreover, the album was mixed and mastered by none other than Dan Swanö at Unisound Studios, who has commented: “Adarrak is truly progressive since they are not afraid to implement all kinds of metal into the mix, anything from epic leads to insane blast parts.”

And if all that information didn’t build some heated intrigue within your brain, the song we’re presenting today from Ex Oriente Lux surely will — though it might also send your mind into the sky and explode it like fireworks. The name of the song is “Withering“. 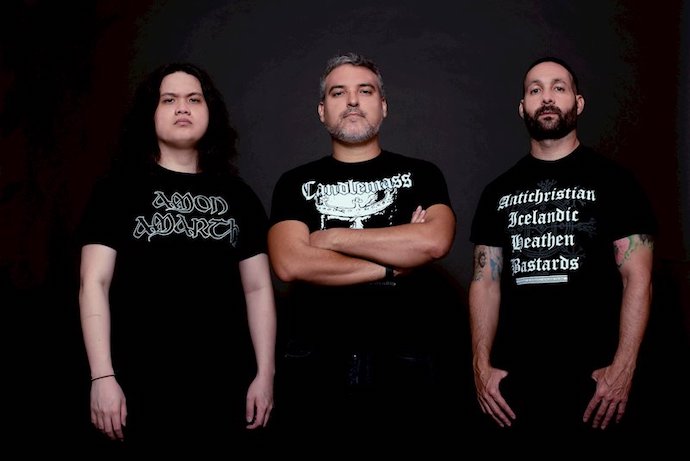 As Dan Swanö commented about the album as a whole, this particular song is a richly textured metal tapestry, incorporating a multitude of stylistic ingredients and morphing moods.

The track is announced with grand, momentous chords and the scintillating flicker of a lead guitar, eventually joined by a powerful, gritty, soaring voice. It’s a stirring introduction, but only a hint of the extravagance to come. The guitars begin to jolt and skitter, pulse and dart, as the vocals move into ferocious roars and scorching screams. The lead guitar performances in the song are themselves quite varied, but always seize attention, re-emerging with a shimmering vibrancy just before the band go on the attack in an assault of battering drums, feverish fretwork, and monstrous growls, and then swirling in spellbinding fashion, backed by a highly headbangable rhythmic sequence. But the best is saved for last, when a a spectacular, wailing and writhing, guitar solo gives the song a fantastic finale, even as the backing music slows and becomes sorrowful.

Ex Oriente Lux will be co-released by Satanath Records and Astaka Arungan on May 27th. The cover art was created by Mattias Norén (ProgArt Media). It’s recommended for fans of extreme yet progressive metal “with a touch of the Gothenburg sound”.

Below, we’re also including streams of two previously released songs, “Bereft” (which features the guest appearance of Marty Friedman) and “Through the Fabric of Time“.

One Response to “AN NCS PREMIERE: ADARRAK — “WITHERING””