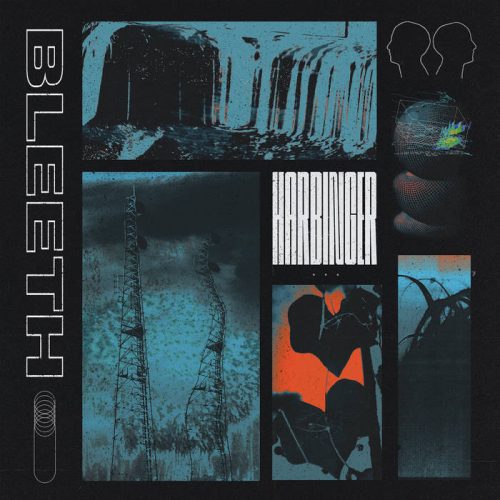 (Here’s Nathan Ferreira‘s review of the new record by Miami-based Bleeth, set for release by Seeing Red Records on May 28th.)

I’m stepping outside of my comfort zone here. I don’t usually look for sludgy post-metal when I’m bored and unsure of what to listen to. In fact, if it weren’t for the magnificence of The Ocean and my nostalgic appreciation for early Mastodon as a gateway band, I’d probably never listen to this stuff unprovoked.

This makes it even more perplexing that I find myself coming back to Harbinger, the second full-length of Miami-based Bleeth. It is very much entrenched in the modern metal ethos and presentation – if you aren’t into this stuff already, I doubt this will be the album that converts you, because it checks every single box this sub-style is supposed to check. Lots of thick, hazy chords that are memorable more for their simplicity than the actual melody being played, a “less is more” approach to driving rock riffs, big bassy tone, aggressive feminine vocals that straddle the line between signing and atonal yelling (with some more raggedy harsh vocals spliced in as well). Their band name sounds like a nonsensical utterance a baby makes when it’s got a mouthful of food – because this is “artistic” or something? In essence, what I’m saying is if artificial intelligence could generate a post-sludge band, Bleeth is exactly what would come out. 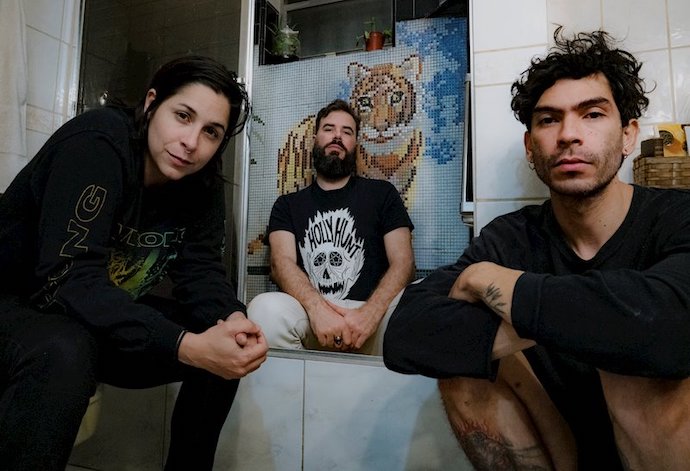 Harbinger works where other albums in this vein have failed me, and the main reason for this is how succinct it is. This may be the shortest full-length album I’ve ever heard from a non-grindcore band at only 17 minutes (especially so, given how partial Harbinger is to drawing out atmosphere and building long bridges of riffs), but not a single second of that feels like wasted space. The songs give you just enough time to let the mildly obtuse ideas coalesce into a coherent part, and then they shift into a similarly jarring riff before you start to zone out.

Normally with music like this I’m looking at the clock every few minutes and getting discouraged when I realize I’m not even out of the first track, but the first time I checked to see where I was at with Harbinger, the album had already played all the way through. I thought it was starting to feel repetitive, but that was only because I was hearing the same songs a second time!

It’s sort of like powering down a bitter and resonant, yet undeniably unique, stout. You’re contemplating and savoring the flavors – not really rocking out, but the music still has an unwavering presence that washes all over you. At times, it doesn’t even feel like it’s a metal band, – more like indie rockers that got a bad batch of drugs during a recording session. 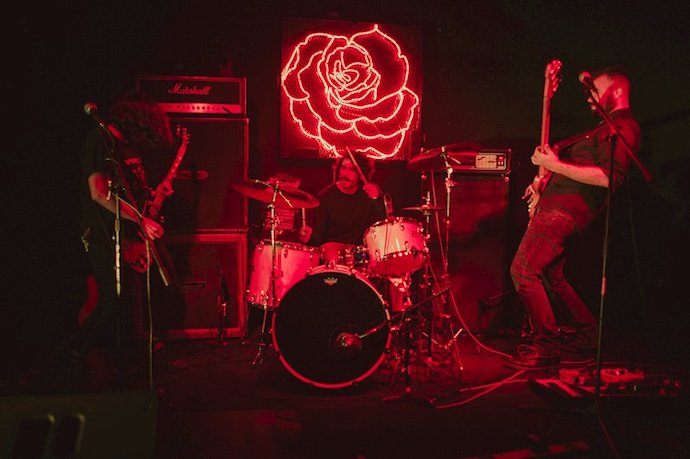 That’s evened out by some of the more mid-paced tracks such as “Convenient Drowning” and the uplifting bleakness of “Initiation”, but during the other half of the album it feels like “heavy metal” is something Bleeth loosely associates their music with, as opposed to it being something they take significant influence from. You could put this within the established paradigm of “indie metal” that was laid down by Baroness, Kylesa, The Sword and such about a decade ago, but even with bands like those in mind, Harbinger feels like a subversive outcast in that scene – too close to a cold, unfeeling Godflesh vibe for the true indie fanatics, and too varied and emotive for a more clinical fanbase.

You’d think that would put Bleeth in a situation where they appeal to no one, but this band defies all intuition and logic. The riffs don’t really do anything substantial, just hammer on unusual chords – so why do I keep getting them stuck in my head? Why is an experimental, intentionally-outside-the-box album so easy to get into? I can’t fully explain it. Even having written this review, I don’t think I’ve really captured what makes Harbinger such a fresh and intriguing listen – you’ll just have to listen for yourself – and because of this album’s brevity, you can get all the way through it before you’re even done with your lunch break!

Harbinger comes out everywhere May 28, 2021 on vinyl and cassette via Seeing Red Records. The album was mixed by Ryan Haft and mastered by Brad Boatright at the renowned Audiosiege in Portland. Bleeth is worth a listen for most metal fans, but they will especially appeal to fans of Baroness, Torche, Red Fang, Kylesa, Melvins, Crowbar and High on Fire.