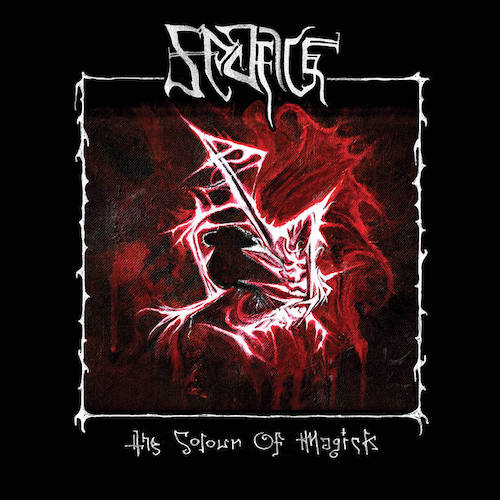 The Colour of Magick is one of those albums whose name fits the music to a T, not only because the music itself operates as a kind of sonic sorcery but also because the permutations that its creator has worked into the genre-spine of the music (in this case, black metal) are themselves devilishly dazzling, far from the hide-bond conventions for which black metal is often known.

The band here is Seance Of…, which began as a side project of AR, vocalist and guitarist of the Australian black metal band Grave Worship, but it has grown into the main vessel for AR’s expression and exploration. 2020 proved to be a fertile year for the project, which wrote three albums’ worth of material. The Colour of Magick is actually the third of those in the order of creation, though not the third in the sequence of releases.

Signal Rex will be releasing it on June 21st, on CD and vinyl LP formats. It consists of eight tracks, identified by number rather than title (we’re told that AR encourages listeners to create their own titles, and that this unorthodox freedom is his intent.) What we have for you today is a stream of Track #7. 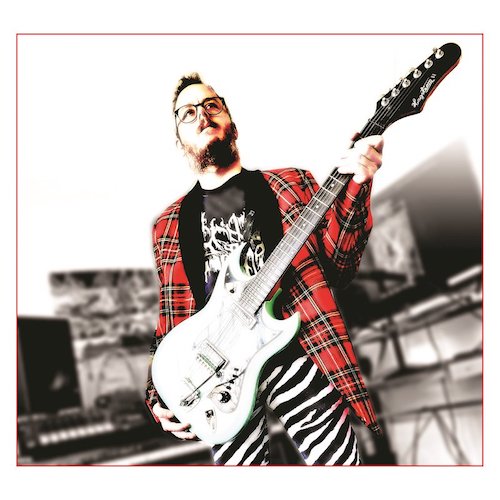 Seance Of… employs dual guitars and subtle synths, and on this song, as throughout the album, the sound is somehow both dense and distinct, the guitars somehow both raw yet glittering in their radiance. The vibrancy of the bass is unmistakable and the impact of the drums potent in their effect on the listener’s pulse. In both its sonic sensations and its moods, the song is a dynamic and elaborate one, and relentlessly gripping in its melodies as it evolves, with all the instruments complementing each other as the music moves.

It’s a guitar-driven song. Backed by rhythms that bound and bounce, rock and romp, hammer and gallop, the ringing, piercing riffs generate changing moods of desperation and delight, yearning and resilience, electrifying frenzy and sweeping splendor. Meanwhile, the vocals are relentlessly harrowing, snarling like a famished beast and shrieking in a fiery fury.

It’s the kind of song that, while unabating in its emotional potency, is tremendously captivating in all of its kaleidoscopic maneuvering. It’s so captivating that the abrupt end of the track is a jarring and unwelcome stop — but that’s only because you can’t yet move straight into the next track.

The Colour of Magick was mastered by Moonsorrow’s Henri Sorvali. As noted above, Signal Rex will release it on CD and LP on June 21st.

We’re also giving you the chance to dive into Track #4, which was the first song released from the album. It’s every bit as bewildering and bewitching, if not more so, than the track we’re premiering. There is a feeling of unhinged and hallucinatory madness in the music, but also an aura of magic in all its sulphurous and sinister, and exultant and exalted, machinations.