Hooded Menace have a new album named The Tritonus Bell headed for release in August. Guitarist Lasse Pyykkö commented that the first advance track, “Blood Ornaments“, “comes with some of our most intriguing ingredients yet”. He continued: “There’s a contrast between death/doom misery and head-bangable heavy metal riffs like never heard before in Hooded Menace‘s music, making ‘Blood Ornaments‘ my favourite track from the album”. 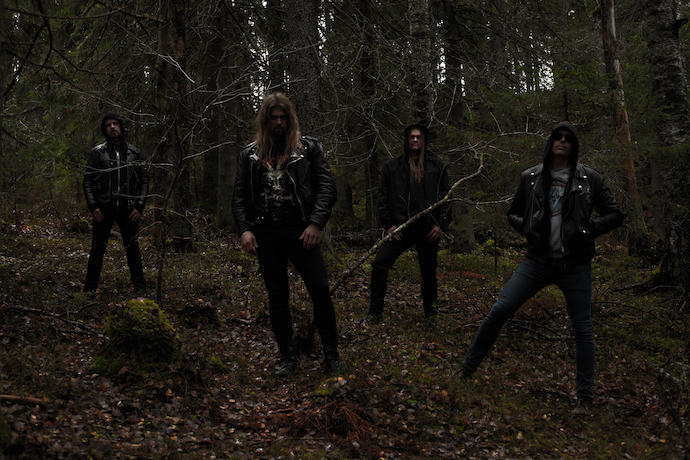 He wasn’t kidding. From the first highly head-bangable minute of the song, I wouldn’t have guessed this was Hooded Menace. But this leopard hasn’t completely changed its spots. After that bracing start, the song becomes monstrous (thanks in part to Harri Kuokkanen‘s horrifying growls) and steeped in anguish and misery.

The gut-punching grooves and pulse-racing riffage from the opening return (along with variations, and soloing spectacles), but continually trade places with episodes of appalling menace, frenzied ferocity, shimmering, unearthly mystery, and poignant heartbreak. And it all ties together beautifully. Hell of a good song!

I don’t think I need to tell you how very good Panzerfaust’s 2020 album Render Unto Eden was. If you need a reminder, you can check out Andy Synn’s review. And thus, while I suspect many of you are quite familiar with the ravaging “Promethean Fire” from that album, it’s a song well worth re-hearing, especially because the band just released a music video for it that comes with high production values and allegorical imagery that’s as frightening and as hauntingly beautiful and bereft as the song. 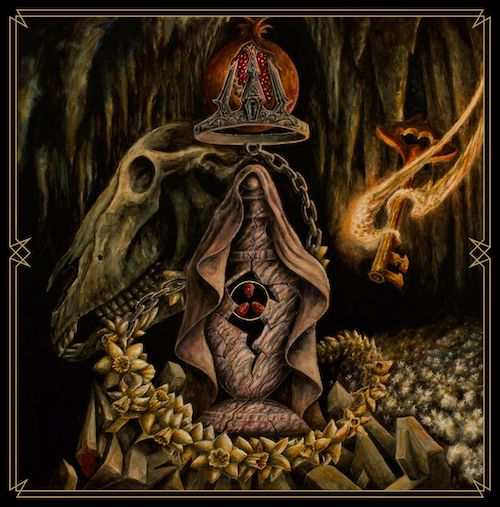 I decided to check out this next song and video based on the album art created by Elijah Tamu, and my decision was fortified when I read that the album (Opprobrium) was based on the mythic tale of Persefone, and was in fact “composed in the form of a play, where the Chorus serves as an expository narrator alongside the characters of Hades, Zeus and Persephone”, and that “each of the seven tracks on the album encompasses a short act, or rather a significant sequence of events driving the plot”.

The song below, “Descent Into Ruinous Splendor“, is the fourth track in this musical narrative. It’s an amalgam of riveting extremes. In one aspect, it’s a thunderous, blazing, bone-smashing, black/death assault made of terrifically destructive drums, maniacal dissonant riffing, and equally unhinged roars and screams. It also seems to romp with imperious yet ecstatic cruelty. The music exudes a terrifying, otherworldly atmosphere, whether it’s racing or stomping. And at the end, it seems transported into a vaporous, mystical realm.

Opprobrium is set for release by Repose Records on July 21st (DLP, CD, and digital). 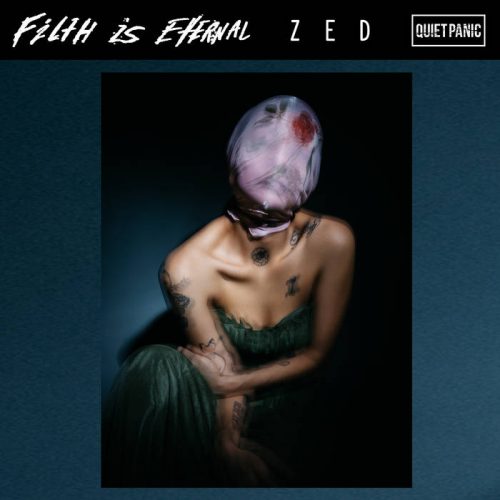 Last November I saw an announcement that in summer 2021 Seattle’s Fucked and Bound would be releasing (via the Quiet Panic label) a new album named Love Is A Lie, Filth Is Eternal. And then much more recently I saw that the band had changed their name to a fragment from that album title — Filth Is Eternal. Because of the awkwardness of their old name in some quarters and on some platforms, I think that was a good move.

Along with seeing the news of the name change, I also discovered that they’d released a stand-alone single from the forthcoming album, and it just makes me more eager for this new full-length.

“Zed” is a bruising, black-eyed, and brutal beast that rumbles the guts, hits like a heavy-weight, slithers like a great python, and squeals like a maniac. The screamed vocals are so furious and unshackled as to be terrorizing — and utterly spine-tingling.

P.S. If you are unfamiliar with this band, their formidable line-up consists of vocalist Lisa Mungo (He Whose Ox is Gored, former touring member of Daughters), guitarist Brian McClelland (He Whose Ox is Gored), bassist Rah Davis (Skelator, Cages, former touring member of Cattle Decapitation), and drummer Mathew Chandler (Reburied). The new album will be released by Quiet Panic (USA) and Church Road (UK/EU) on August 28. 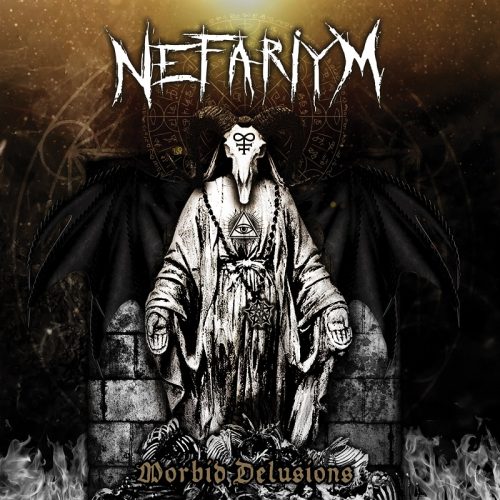 Morbid Delusions is the debut album by this Melbourne-based duo of Mark Kelson and Richie Poate, who are also colleagues in the melodic doom band The Eternal. Their original aim in this new group was “to pay homage to the golden era of early ’90s death metal formed in a fully fledged band”. The album’s first single, “A Morbid Delusion“, is the next track I chose for today’s playlist.

The massive riffs are absolutely crushing, and just as absolutely unhinged. They pound like a pile-driver, charge like an unstoppable juggernaut, drag like a giant engorged worm, moan in agony, and quiver in a fever. The soloing is wild, the drumming is electrifying, and the bellowing vocals are ghastly. On the basis of just one song, this is an album to put on the wish list.

Morbid Delusions will be released on September 24th via Inverse Records. 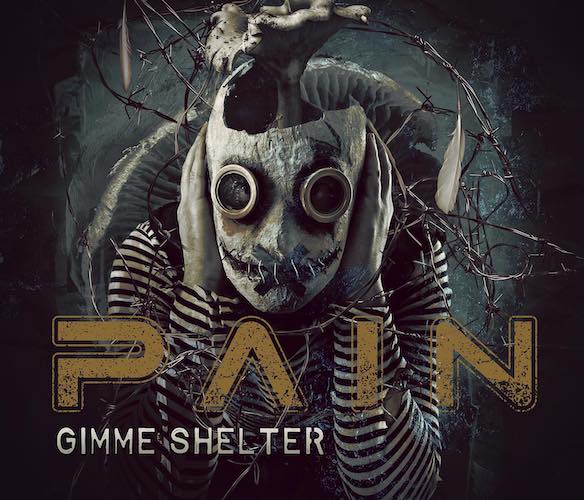 And now for the other big-name bookend.

On this new track, Pain’s mastermind Peter Tägtgren, here accompanied by his son Sebastian on drums, created a powerful interpretation of the Rolling Stones classic “Gimme Shelter“, and paired it with a video that gives it new relevance.

The song and the video seem like an almost perfect addendum to the globe-spanning misery of the whole last fucking year (a misery that still hasn’t ended), something like a prayer hurled into a heedless void. The raw, pain-cursed quality of Tägtgren‘s vocals are entirely fitting.