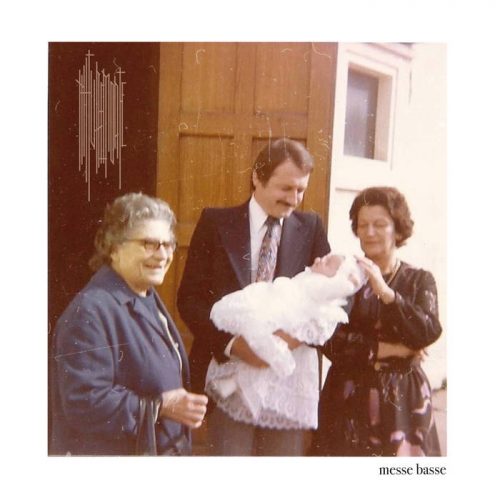 (Our old friend Justin C. has paid us a visit with this guest review of the second album by the French band Nature Morte, recently released via Source Atone Records.)

Nature Morte‘s new album, messe basse, is one that almost slipped by me. The folks over at Invisible Oranges included it on their list of notable releases, with the brief-yet-intriguing description of “Expressive, atmospheric black metal with lacerating melodies carving out their paths in your mind.” Sadly, delays pushed the Bandcamp release back a little bit, and during an already busy Bandcamp Friday (possibly the last), the album almost slipped my mind. I mean, do I really need to check out every so-called “atmospheric black metal” album?

I’m glad I followed up on this one, though. Nature Morte‘s self-chosen genre tags of blackgaze and post-metal puts this album squarely in one of my favorite areas of metal, and better yet, they’ve managed to carve out a bit of sonic space in that area that’s uniquely their own. 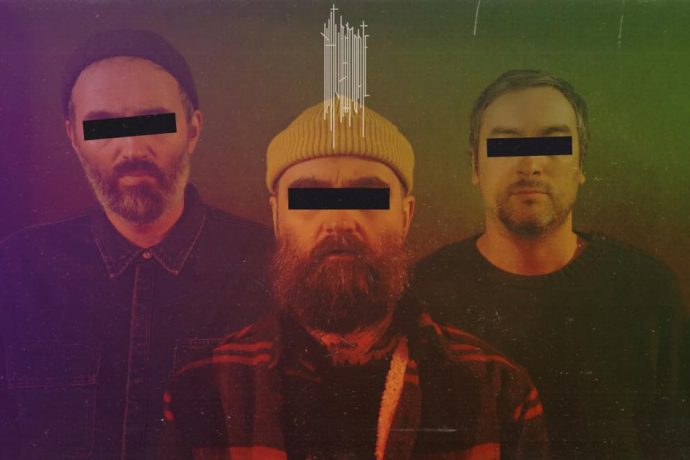 Some obvious touch-points suggest themselves: Nature Morte‘s fellow Frenchmen, Alcest, loom large over blackgaze, but although Nature Morte share that band’s emotional power, they’re a bit darker and nastier. I hate to invoke Deafheaven, given how divisive that band can be, but there’s no denying that there’s a hint of their vicious vocals over walls of sound in messe basse. But again, Nature Morte don’t fall into the trap of being a soundalike. The vocals are a bit more ethereal, even if just as vicious. Think more of the hiss and croak of a ghost than George Clarke‘s throat-shredding screams. And then, to my ear, there’s the deep melodic sensibilities of a post-rock band like Russian Circles. Given my love for that band, I consider that high praise.

But in the long and short of it, Nature Morte manage to blend all these bits together in something that’s clearly developing into their own vision, especially when compared with the progress they’ve made since their first (and also very good) album, NM1.

Album opener “Only shallowness” starts with lovely, chiming guitars punctuated by the aforementioned ghost rasp, but it quickly opens up into big, major-key waves of emotion that you’d probably expect from most blackgaze. Not content to rest there, though, the band start introducing just hints of dissonance in the triumphant melodic line. It adds just a bit of unease and tension, maybe a warning of things to come. The band use a similar tact in “Beautiful loss,” alternating between barn-burning black metal energy and something darker, which befits the title of the song. The whole album is made up of these moments, from the hauntingly beautiful to the furious blast, and sometimes both all at once. The title track and album closer is the one exception, opting for a low-key slow burn.

Google tells me that “messe basse” translates to “low mass,” which is apparently a Catholic mass with no music and a minimum of ceremony. It’s a bit ironic to title an album as bursting with melody as this one with the name of a music-less church service, but the title track itself does come with a level of minimalism more befitting the concept. It’s a little paradox I’ve had fun puzzling over as I’ve listened to the album.

For those who still might think, “Whatever, I still don’t need another atmospheric black metal band in my life right now,” I urge you to give this one a spin. There’s something special going on here, and if the band is able to continue, I think they have the potential to evolve into something even more striking than what they’ve already become.