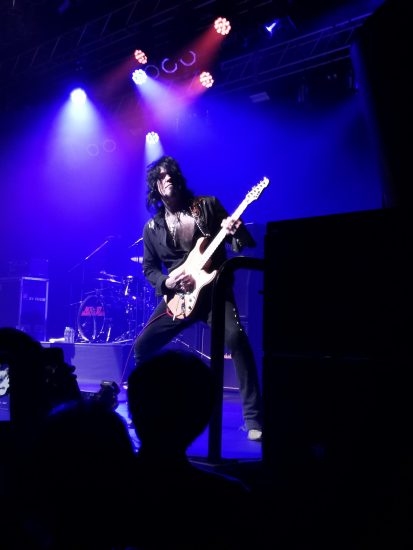 I’m not really making a concerted effort to revive The Rearview Mirror today. In fact, the song that prompted me to make this post isn’t even old. But it’s a tribute to a long-lost artist and it made me re-live some treasured memories of my own, so I thought this one-off addition to the series, almost three years after it expired, was the right format. (And don’t worry, SHADES OF BLACK is still coming later today.) 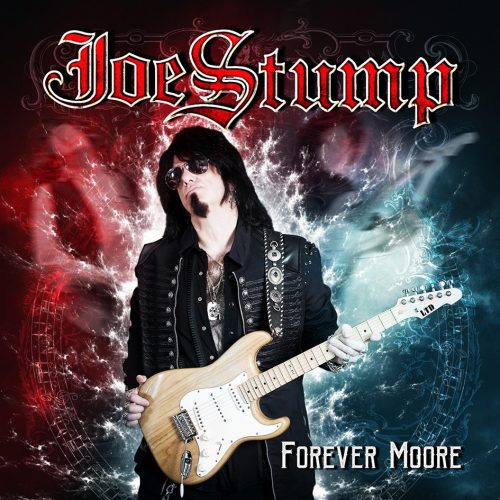 I stumbled across the video that spawned this post by sheer happenstance, i.e., I saw it in the sidebar of a YouTube stream for a different song. I decided to check it out when I saw who the performer was and what inspired it.

The performer is Joe Stump, whom I hadn’t thought about in a while. If you happen not to know who he is, he’s a renowned shredder who’s been playing guitar since he was a pre-teen and claims Yngwie, Ritchie Blackmore, Gary Moore, Michael Schenker, Uli Jon Roth, and Jimi Hendrix as his prime influences. Beginning in the mid-’80s he performed with a short-lived band named Trash Broadway but since then has participated in records by Joe Stump’s Reign of Terror, Holy Hell, and a lot of acclaimed solo albums.

He’s also been a member of the faculty at the Berklee College of Music since 1993, specializing in hard rock, shred, and high-tech speed metal.

As noted above, Gary Moore is one of Joe Stump‘s own guitar gods, and what I found in that YouTube sidebar was a video he released in April of this year, in tribute to Moore. Below, I’ll show you what obviously inspired it.

Stump’s performance is an 8 1/2-minute solo. Blues-based, it goes off on improvisational rocket launches but always returns to the song’s solidly anchoring, very affecting, and brilliantly soaring melodic motif, which was what made the original song that inspired this so unforgettable. So soulful, but so fantastical.

Brilliant extended guitar solos are largely foreign to the kind of extreme metal we usually cover at this site. Maybe it’s because guitarists of the caliber capable of creating solo guitar extravaganzas don’t see extreme metal as a productive platform for their talents, and I wouldn’t disagree with them. Or maybe they just don’t naturally gravitate to extreme metal, where melody isn’t normally the driving force of technically top-shelf music. (I say that because I think the greatest rock and metal soloists almost always incorporate emotional melody into their soloing.) There are some such performers, but not a lot.

Feel free to disagree with me on that last point, but while you think about that, let’s turn to Gary Moore.

As I did with Joe Stump, I’ll provide a too-brief introduction to him for those who don’t recognize the name. He was born in Belfast in 1952, and thus his influences were older than Joe Stump‘s, i.e., the likes of Eric Clapton and Peter Green. He was a member of Skid Row and then Thin Lizzy, and after that began a remarkable solo career in the ’70s. He died in 2011 from a heart attack while on holiday in Spain.

If there’s any one song for which Gary Moore is best known, it’s “Parisienne Walkways“, released in 1978. Moore had a decent voice, but it’s the guitar performance in this song that so many people remember, including Joe Stump, who obviously used it as the basis for his own tribute above.

I found a very good live video of Moore performing the song at the 2003 edition of Monsters of Rock in Sheffield, England. Moore’s set was released as a live album, and this song was of course the closer.

Watching and listening to the two preceding videos was an enormous nostalgia trip for me. And the experience also made me feel gooey enough inside to write this: That someone could make a piece of varnished wood and metal sound like these people do, it makes me think that maybe after all, against all evidence, human beings do have souls, and that we might be worth saving.

I also have to add that part of what made me dig up The Rearview Mirror series from its grave as the label for this essay was my remembrances of listening to guitar music like this in my younger days. And the first of the albums that leaped to mind (among many) was Jeff Beck‘s instrumental first solo album, 1975’s Blow By Blow (solo, yes, but he had help from keyboardist Max Middleton and from Stevie Wonder, who played clavinet on one of the two songs he gave Beck to use on the album).

I ate, slept, and breathed Blow By Blow for weeks after I first heard it. It was a weird time for me, because I was so sick (often feverish and delirious) that I couldn’t leave my dorm room in college for those two weeks, even to see a doctor. And Blow By Blow was the soundtrack to my delirium. Most of the days, I played it over and over again, five or six times a day. Weirdly, when I could, I was also reading, over and over again, Samuel R. Delaney‘s surrealistic 1975 sci-fi novel Dahlgren. In my head I’ll never be able to separate that album and that novel.

Well, that’s probably way too much information, but I mention it because the fact that I was out of my mind while Blow By Blow sunk deeply into me might have had something to do with its impact. Or not. Blues, funk, and jazz fusion were in the mix, but also flights of fun-loving fantasy, and maybe the fun of the music was what kept pulling me back to it, because at the time nothing else about my existence was even remotely close to fun.