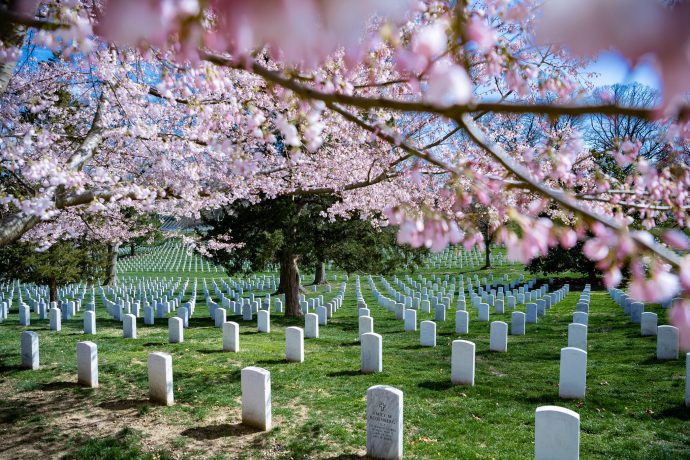 In the United States, today is Memorial Day, a national holiday. Here, it marks the unofficial beginning of summer and is typically a time of social gathering and celebration. This year its celebratory aspects are even greater, because many of the pandemic-related restrictions on social activity have been lifted. People are traveling by air and car at levels not seen since March of last year. Bars and restaurants are packed. So are parks and beaches.

I don’t want to pour cold water on any of this, but the Memorial Day holiday was not established as a day of celebration. It was created as a day of remembrance and mourning of American military personnel who died in the performance of their duties. In its earliest incarnation after the Civil War, it was called “Decoration Day”, because mourners honored the Civil War dead by decorating their graves with flowers.

Nowadays, there are still solemn remembrances, but those are usually overshadowed by all the fun-loving activities, and by politicians and businesses who use the day as an excuse to engage in flag-waving glorification of the military. Many of those are the same people who hypocritically do nothing to help military personnel once they’re out of uniform, but badly need help because of physical or mental injuries suffered during their service. Trying to survive apparently doesn’t count nearly as much as dying.

I have turbulently mixed feelings about the military, and about the glorification of the military that has saturated our culture (I say that as the son of a father and a grandfather who distinguished themselves during military service in two wars). But I have no trouble with the intent behind Memorial Day. Remembering and honoring those who died during their service, whether in combat or not, is worth doing, and if it causes people to reflect on the fact that war is terrible and that lives should not be thrown away for unjust causes or in fraudulent adventures cooked up by politicians who suffer nothing, all the better. 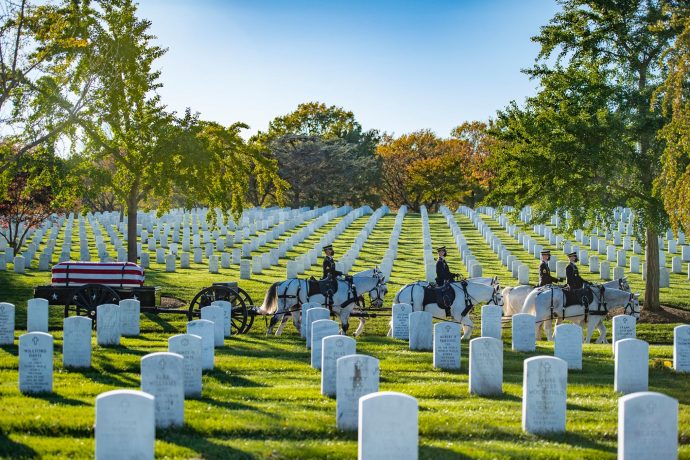 I wrote a lot more about the foregoing subjects on this day 9 years ago — here — and can’t really improve upon that (the many comments on that post are even more worth reading). I’ll just excerpt a couple of passages:

“[S]oldiers and sailors and airmen do not start wars or decide which wars are worth fighting. They simply do their duty, and they become maimed, suffer mental trauma, and die because of decisions made by others who put them in harm’s way. They deserve to be honored for reasons that have nothing to do with whether the causes in which they sacrifice themselves are worth their sacrifices. They deserve to be remembered and supported even when the conflicts in which they have served are insupportable….

“I should add that, in my humble opinion, the converse isn’t true: Supporting people in the Armed Forces doesn’t mean automatically supporting the wars they may be called upon to fight. I have gotten so sick of politicians who wave the flag and use our troops as a means of rallying support for ill-conceived military adventures and who suggest that people who criticize the wars we fight are undermining military men and women whose lives are at stake. Sometimes the best way we can support our Armed Forces is to get them the fuck out of military engagements that are not worth their lives.”

Among the many subjects that provide the lyrical themes and musical inspirations for extreme metal, physical mutilation, murderous mayhem, the glorification of warfare, and death in general, rank high on the list. But I have trouble thinking of extreme metal albums by U.S. bands that are devoted to the pain, the deprivations, and the sorrow that war inflicts on combatants and their survivors, i.e., the kind of loss that Memorial Day commemorates, in addition to the commemoration of self-sacrificing heroism.

I can think of many more albums by bands from elsewhere in the world that do this, mostly albums by European bands that dwell on the ravages of the two World Wars. I can also think of individual songs, mostly by hardcore punk and grind bands, that explode in fury against politicians and the military-industrial complex that have fed bodies into the meat-grinder of war for their own corrupt ends, but I’m not sure those really fit with the idea of Memorial Day, even if Memorial Day can and should lead to a remembrance of such lessons.

Which is a long way of saying that I haven’t come up with any U.S. extreme metal that suits this U.S. holiday. Maybe I’m just not thinking hard enough, or once again my porous musical memory is failing me.

Which leads me to issue an open invitation to anyone who has come across this article to share musical recommendations suitable to the holiday the Comments, or to share any other thoughts that this article has spawned (other than thoughts that I’m an idiot). And to broaden the invitation, if there are albums from non-U.S. bands that focus (as I wrote above) on the pain, the deprivations, and the sorrow that war inflicts on combatants and their survivors, and have made an impact on you, feel free to share those as well, since I didn’t make the time to give you my own list.