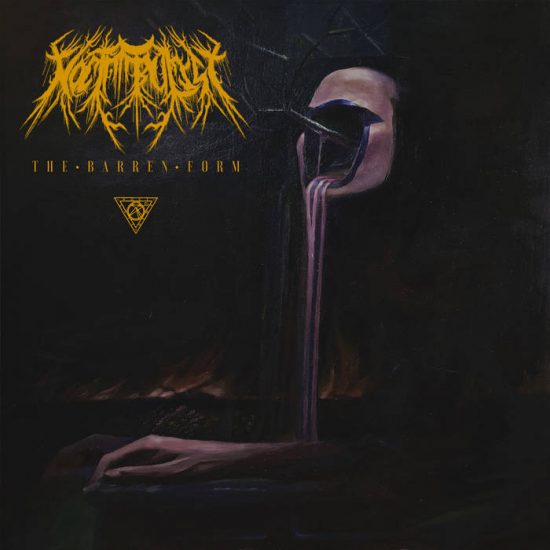 (Nathan Ferreira introduces our premiere of a track off the new album by Denver-based Noctambulist, which will be released by Willowtip Records on July 2nd.)

It’s difficult to stand out in any style of music, but that challenge is heightened for The Barren Form – first impressions of it will bring to mind the claustrophobic fretwork of Portal distilled into the blistering intensity of Hate Eternal. Such overstimulating qualities don’t tend to leave a lot of room for dynamics, and on top of that, Noctambulist like to write slabs of 6+ minutes of chaotic cacophony. The few moments you do get to breathe are barely able to be savored before a song powers into another turbulent assault, highlighted by the mind-boggling speed and stamina of drummer Michael Nolan.

The musicianship on The Barren Form is top-notch, as is expected from a Willowtip Records release, but what is striking about Noctambulist is how much emotion they can inject into a suffocating, abstruse template. A couple of staccato chops at the right time hammers the riffs in deep, and the guitars themselves don’t tend to noodle around the fretboard a lot – either that or it’s muffled amidst the discordance. What then emerges are jagged, unsettling chords that simultaneously release tension as it’s built.

Where contemporaries in this realm of death metal might focus more on snaking subtleties and enhancing the overall creepiness and confusion, Noctambulist are fast, heavy, and fucking loud. It feels like everything is just coming at you all at once, with a roomy, modern production job giving proper balance so no one element is neglected. 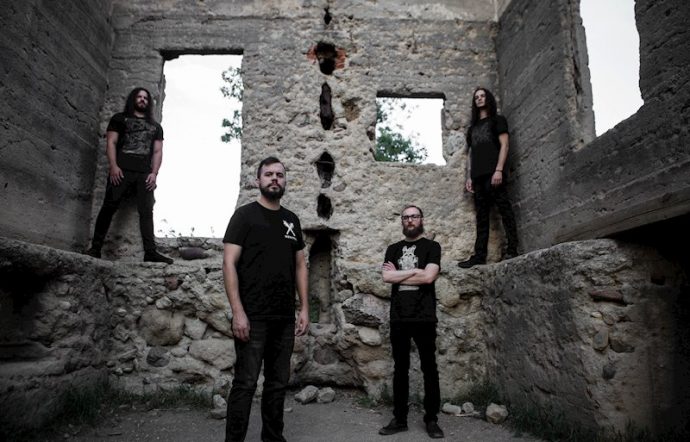 The black metal influences help to streamline some of the headier complexities, and it makes the sharp tremolo picks and thick snare hits enter your head with the force of a jackhammer. The desperate, spectral howls amplify the message the guitars are sending, favoring a more sparse and drawn-out approach to give the proper space for the surrounding elements to hit.

While their debut album Atmospheres of Desolation certainly provided as much, and had an abundance of talent on display, Noctambulist still sounded a bit more scattered and muffled in their song directions – they were still figuring out how to harness their powers and channel them to maximum effect. The Barren Form is the “they found their sound” album, with much more certainty in the stops and punctuations and more of a willingness to attack you as opposed to dancing around your periphery.

On the surface, this is just another group of extremophiles playing music that is deathly allergic to consonance, without any big-ticket names or particularly noteworthy bands associated with any members in this project. Careful tinkering, understanding their strengths, and injecting a healthy dose of rage into it, is what makes Noctambulist worth an extra look for ravenous death fiends. It’s rare for an album to be able to maintain that raw intensity for 44 minutes the way The Barren Form does. 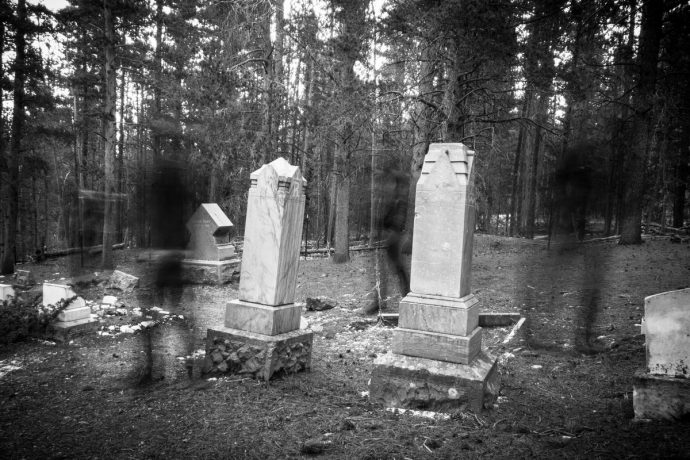 Still not convinced? Well, luckily we’ve got the second advance track from The Barren Form, “Engulfed”, all primed and ready for your earholes. The song is the fourth on the album, and it’s a fairly average track length for the release at about 8 and a half minutes (!!!), but the runtime is justified with the sheer force and speed of the discordant guitars and machine-gun drums maintaining the tension.

The album is said to be an audial representation of emotions such as depression, anxiety, fear, and grief, and the main one of those I hear in “Engulfed” is anxiety. A constant sense of unease seeps through, brought forth by the black metal tinges, and even when the first drop in tempo occurs close to two minutes in, another panic-inducing idea is already bubbling underneath the harrowing and worried riff that fades out, surging forth mere seconds later.

The atmospheric break near the middle of the song opens things up a bit more, bearing traces of Ulcerate influence under a lumbering, desolate groove that, at its slowest, brings Primitive Man to mind. However, that’s the only moment on this album that reminds me of the more intentionally cerebral side of dissodeath, or any sort of doom metal, really. It’s a necessary diversion, given this is about in the middle of an album that’s permanently on hyperdrive.

It’s only a minute or two long, but it’s amazing how a simple pause makes the surrounding blitzes of riffing even more goosebump-inducing. The guest vocal performance from Kelly Schilling of Dreadnought, another great band, is the icing on the cake.

The Barren Form comes out July 2, 2021 on Willowtip Records, masters of all things tech. The album was recorded, mixed, and mastered at Juggernaut Audio in the band’s hometown of Denver, Colorado in Summer of 2020, and features artwork from Nadim Zaidi and Gostworks.

Noctambulist sit in a unique niche in their style, but they should be right up the alley of anyone who enjoys Hate Eternal, Ulcerate, Suffering Hour, Sunless, Azarath, and Anaal Nathrakh.

You’ll find useful links below, as well as a stream of the previously released single, “Depletion“.

One Response to “AN NCS PREMIERE: NOCTAMBULIST — “ENGULFED””