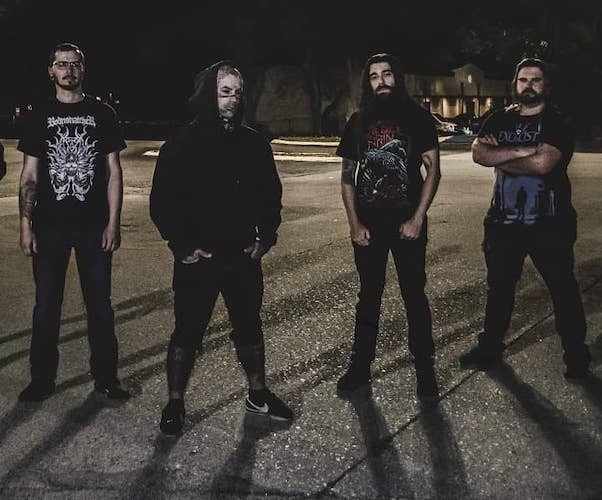 Peace-loving people who believe that problems should be patiently worked out through calm discussion and empathetic understanding should stop reading now and go elsewhere. Listeners who are looking for melody and nuance in their music should head for the exits too. On the other hand, if you’re really pissed off, about anything, and you’re looking for a way to channel raw fury, or just happen to be in the mood for a violent sonic beating, you’ve come to the right place.

To satisfy yearnings for catharsis through bludgeoning, we present a video for “Unfit Coward“, the closing track off the new album by the Floridian deathcore band Kill the Imposter, which is aptly named The Violence Sessions. The album was released on May 28th through The Legend Agency and has been leaving deep smoking craters in concrete ever since. 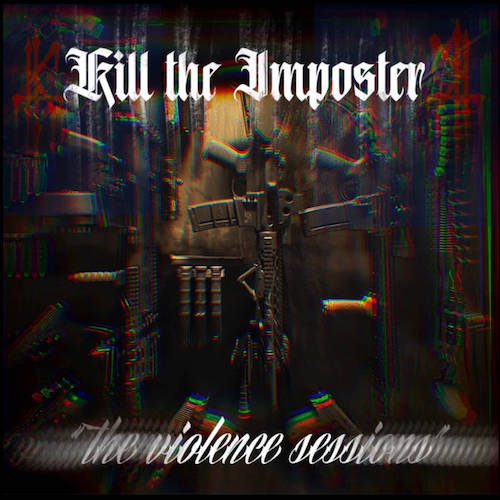 We all have countless reasons to be enraged on a daily basis. In the case of “Unfit Coward”, Kill the Imposter‘s frightening frontman Johnny Nobody based the song on a true story “about people who talk shit publicly, but apologize privately”. To elaborate further, he explains:

“It definitely doesn’t come from anywhere happy. However, at the same time, I’d like to think I can inspire people to do better through my bad experiences. I know that sounds weird but “The Tommy Hewitt Diaries’ is all about vengeance on someone that commits child abuse. Almost a ‘what the f@#$ do you think created Leatherface?’”

As the video begins, when the band members congregate with grim, determined faces, you could guess that something dangerous may be about to happen. And about the time the flames are ignited they begin to administer the beating, armed with clubs and guns, and of course heavy-caliber instrumental and vocal weaponry. In a syncopated rhythm that’s designed to ruin necks, the song delivers a jolting, near-atonal slugfest of bone-smashing proportions, augmented by writhing fretwork that sounds like agony and by squealing strings that resemble the whining of the victim.

Johnny Nobody howls in a rabid, savage rage, eventually joined by the band’s guest Taylor Barber (from Atlanta’s Left To Suffer), whose voice moves from deep gutturals to hair-raising screams, giving the ferocity of the song extra fuel.

If that song didn’t get all the anger out of your system, there’s more where that came from. Below we’ve included videos for three more ferociously jackhammering tracks from The Violence Sessions (which is KTI‘s third release, following 2019’s The Decimation and 2020’s A Strain Of Agony EP).