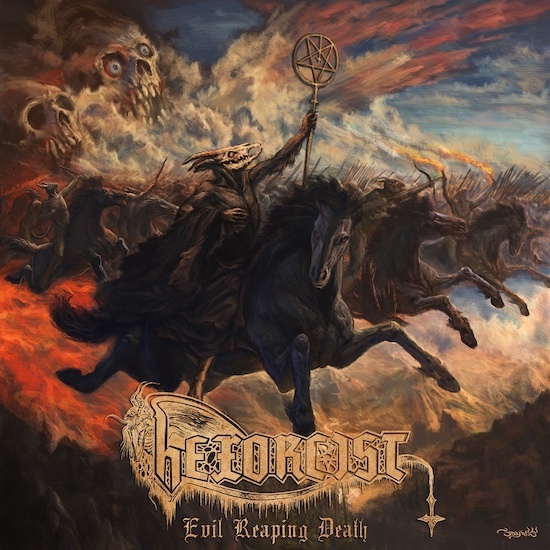 The title of Hexorcist’s debut album — Evil Reaping Death — is a vivid and entirely accurate signpost to what lies within, especially when coupled with the album’s evil and eye-catching cover art. And what lies within is fiendishly slaughtering old school death metal overlaid with the stench of the crypt.

With an attack firmly rooted in decades’ old traditions, these Floridian barbarians (whose line-up includes current or former members of such groups as Gnosis and Devastator) see no need to reinvent the wheel, and clearly have zero interest in following trends. But what they’ve done is so well-conceived and well-executed that the album is still likely to make an explosive impact among those who always hunger for maniacal metal of death.

The new album will get a lavish physical release, with Memento Mori providing the CD version, Unholy Prophecies the vinyl version, and Godz ov War the cassette version. The CD and tape editions will see release on July 26th, while the vinyl version will follow a bit later. And in advance of all that, today we’re premiering an album track that will give you an excellent preview of what to expect. 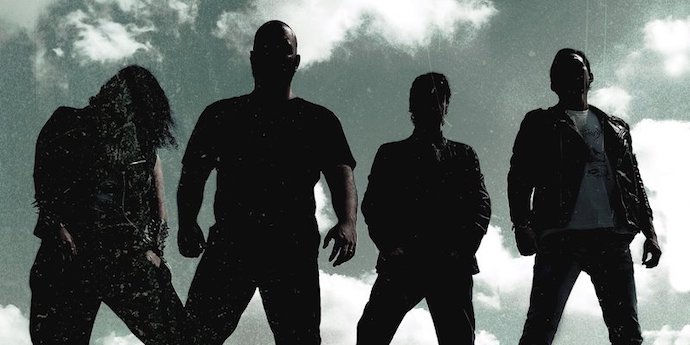 A slow, funereal organ melody provides the overture to “Denouncing the Immaculate“, and then all hell breaks loose. Driven by maniacal drum battering and thunderous bass tones, the song delivers an assault of guitar savagery that alternately grinds and blares, coupled with barbaric and dictatorial growls. The obliterating percussive attack, combined with the wildness of the riffing and a dive-bombing guitar solo, create an electrifying tornado of sound, both destructive and chaotic.

But as if to prove that the band are capable of even greater heights of vicious lunacy, two more solos lie in wait, which include eerie quivering tones but accelerate into fret-melting insanity.

If you need even more evidence of just how good this album is, we’re also including a stream of the first advance track from the album — “Exulting the Adversary” — which has its own grand but ominous introduction (a symphonic one) and then immediately delivers a soloing spectacle (the first of many) before launching another bone-smashing, gut-roiling adventure in mayhem and murder. But in the case of this song the band also slow their attack to change the atmosphere into one of morbid, oppressive, supernatural horror.

Evil Reaping Death was mastered by Loïc Fontaine at Krucyator Studio in France, and that eye-catching cover art was created by Art Militia. For info about how to pick up the album, check the links below.