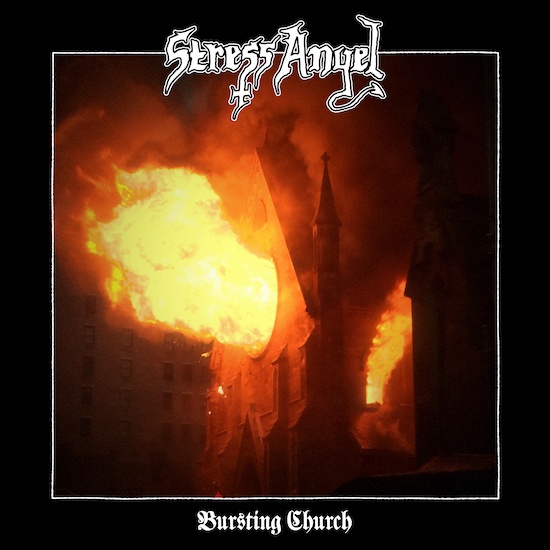 The NYC-based duo Stress Angel began carving their musical path with an eponymous death-thrashing debut demo last year, but it’s now evident just how determined they are to make their own way, because their debut album reveals a turn in the path they began to blaze with that 2020 release.

The music on Bursting Church is an exercise in blackened thrash — and as previewed by the accompanying press materials, it is indeed characterized by “contorted riffery, pitiless battery, shrill screams, and frantic execution”. But by contrast to other participants in the genre, for Stress Angel it’s not all about how viciously we can rip and how fast we can slash and burn. The music also reveals an almost idiosyncratic approach to riff-craft that gives the songs a changing emotional resonance and an overarching atmosphere that’s supernatural and unmistakably sinister — as you’ll discover through “Final Doom“, the song we’re premiering today in advance of the album’s co-release on July 2nd by Dying Victims Productions and Stygian Black Hand. 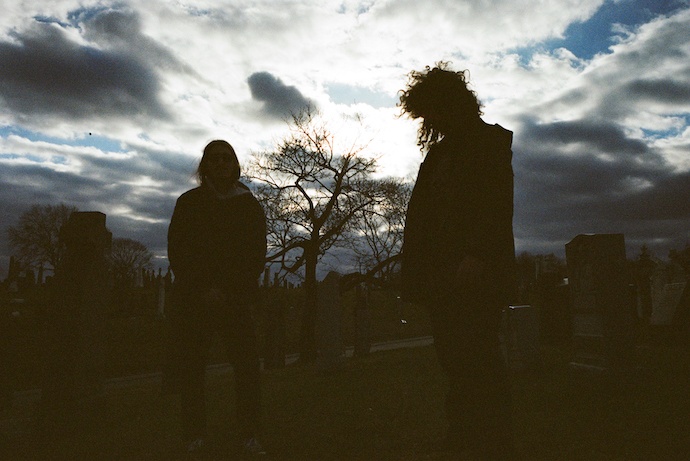 The drumming provides a primal drive for the song. Its punk-ish and battering beats aren’t fancy, but they’re irresistible, and a vital part of the track’s ability to get your legs and heads bouncing. The manically murmuring and bubbling bass lines have something to do with that too. But what really gets the song stuck in your head like a spike are the careening array of hook-laden riffs.

Below you’ll also find a stream of the new album’s title track, which includes a truly supernatural-sounding solo and is further vivid evidence of Stress Angel‘s distinctive approach to black thrash (and their mastery of the power of the riff).

Dying Victims will be releasing the CD version of the album, and Stygian Black Hand will provide variant vinyl editions. You can check out the purchase options via the following links: