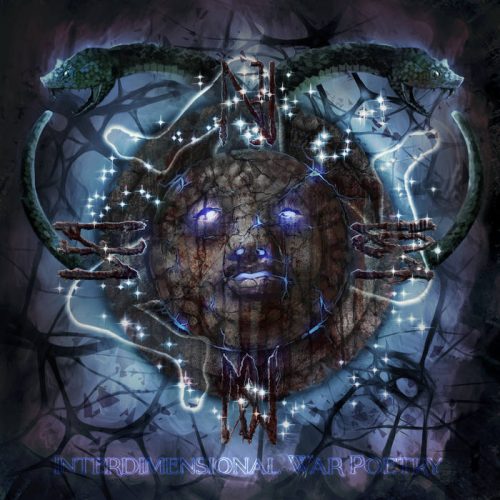 In the midst of all the metallic extremity that usually froths, blisters, and batters us around here, we have found NONE. It is musical extremity of a different kind, one in which neofolk and ambient ingredients play a more prominent role (along with many other elements, including influences from black metal and industrial), but no less arresting than the more ear-ruining assaults that are our usual bread and butter.

The mastermind behind NONE is the California-based artist Nicholas Mendiola, and on his new album Interdimensional War Poetry (released on June 4) he becomes the host and the voice for the entity that his project is named for — “the deity of his creation and the eternal version of himself”. The lyrics of the songs are evocative but mysterious. Sometimes they seem like a personal journal, tracing a quest through time and space, and often seeming to raise more questions than answers.

The music on the album itself sounds like a quest. It twists and turns in unpredictable directions, and its altering moods and changing sounds make it an easy one to get lost in, even though it’s also the kind of often-frightening experience that will trouble your dreams. We have a very good example of that effect in the song that’s the subject of the video we’re premiering today — “Never Know“. 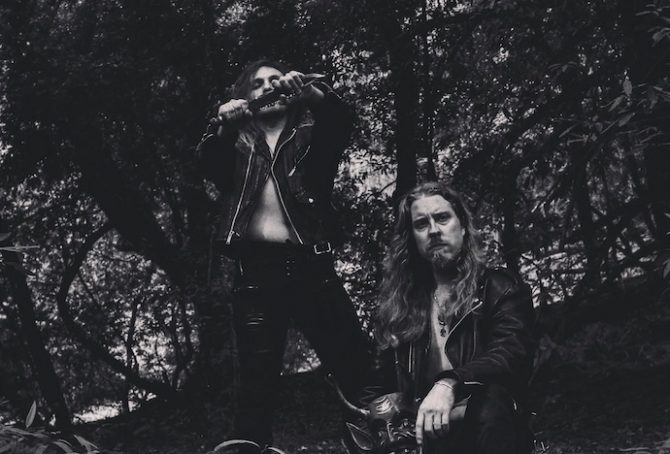 On this song (as on a couple of other album tracks) Mendiola is accompanied by session drummer John Bradford Schuler (who’s excellent). And although you won’t see him in the video, Patrick Corona performs a vital saxophone solo.

The strummed acoustic chords in “Never Know” ring with a feverish gleam above rumbling low frequencies and battering drums, creating an immediate visceral impact. Mendiola’s distorted voice sounds like a furious, blood-freezing choir of vampires, tigers, hostile poltergeists, and torture victims in the throes of evisceration. As the music’s opening sequence cycles over and over, it creates a spellbinding yet unnerving effect, and as the music changes over the sharp crack of the snare it begins to become hallucinatory, and — especially when coupled with the vocals — even more unsettling.

The drums vanish for a bit, and the music also then becomes seductive. That serpentine saxophone melody writhes and wails over the contagious pulse of the acoustic guitar and the drums in a way that creates beautiful sonic sorcery, even though the extravagant vehemence of the vocals continues to send shivers down the spine. Near the end, the drumming spasms, and as the vocals turn to whispers a solo bass leads to the conclusion.

Interdimensional War Poetry includes other guest appearances on a few tracks — backup vocals by C.G Bloodcrown and electric guitar soloing by S.K.B Soul Of Fire. It was recorded, mixed, and mastered at District Recorders in San Jose, CA. The eye-catching cover art is the work of Nathan Lee. The record comes recommended for fans of Blut aus Nord, Death in June, and Marilyn Manson. After the links we’re also including a full stream of the album.