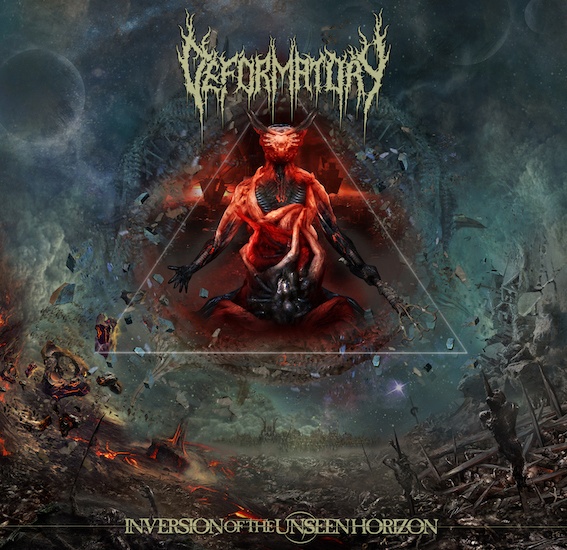 Let’s cut to the chase: Imagine filling a syringe with unadulterated adrenaline, sticking it straight into your carotid artery, and jamming the plunger down with as much force as you can muster. That’s the effect of listening to Deformatory’s “Beyond the Abhorrence“.

Driven by the mad weaponry of drummer Neil Grandy‘s almost relentless double-kick barrage and the rabid monstrosity of Charlie Leduc‘s cavernous bellowing, the song is a non-stop attack of mind-mutilating, pulse-pumping savagery. Leduc unleashes a plethora of macabre riffs and mutated leads, creating a multitude of frightening yet electrifying sensations, none of which are connected to a sane mind. 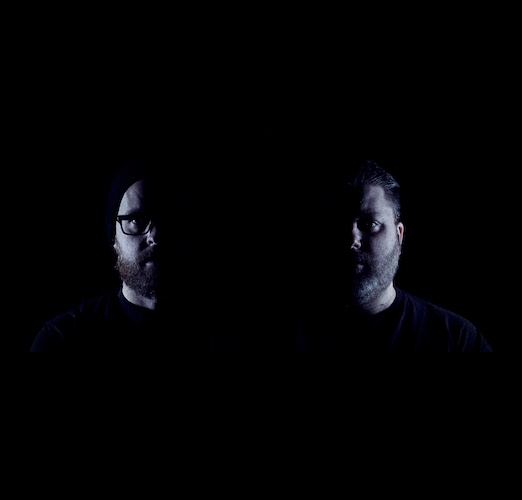 His high-speed fretwork creates maelstroms of sound that bring to mind frenzies of insectile feeding, the queasy slithering of disease through veins, bursts of darting ecstasy, fanfares of demented grandeur, and the pulse of destructive jackhammering. Grandy keeps things locked together with rhythmic snare strikes, mixed with blast-beat fusillades and devastating percussive detonations (with the exception of one quick episode where he stops completely and lets the bass surface in its own lunatic fashion).

The whole thing is breathtaking in its careening and cavorting violence. You get caught up in the slipstream and carried away. And the imagery in the video made by Riivata Visuals is a fantastic accompaniment.

You see? It hurts less than plunging an adrenaline syringe into your neck but has a similar effect.

The song comes from this Ottawa band’s third full-length, which follows 2016’s Malediction and 2013’s In the Wake of Pestilence, and represents the work of a Deformatory that’s now condensed into a duo. The name of the new album is Inversion of The Unseen Horizon. It’s a nine-track, 43-minute, attack organized into three chapters. One of those tracks (“Impaled Upon The Carrionspire”) includes a classical guitar performance and solos by Jon Levasseur (ex-Cryptopsy).

The lyrical and fictional story concepts behind the new record were in part inspired by Clive Barker’s book The Scarlet Gospels and guitarist/vocalist Charlie Leduc’s own interpretation & expansion of the Hellraiser mythos. It’s also a continuation of the story from the band’s 2016 release Malediction, where the band dived into the origin of the Prince of Darkness, Lucifer, who was an Angel possessed by Savael, a truly maleficent entity that consumed Lucifer’s corpse and became the embodiment of who we call Satan. Savael, however, was not an anomaly, nor was he a single omnipotent being, working on his own volition.

In fact, he was but a mere droid in a complex hierarchy of vile entities, known as The Ce’naxors. They are crafted and programmed to infiltrate distant planets and societies, to infect their purity with darkness, and ensure their carefully orchestrated annihilation is carried out. Savael was dispatched from their planet, which lies in the Fifth Dimension, called Cyru’xil in order to fulfill their cosmic design for Earth.

Explored in three chapters, (Chapter I – INCEPTION: THE CYRU’XILEAN NEXUS, Chapter II – INCURSION: THE PROTOTYPAL ESCHATON, Chapter III – INVERSION: THE HORIZONTAL REFLECTION, the album Inversion of The Unseen Horizon explores the origins of The Ce’naxors and the ominous landscape of their home planet, Cyru’xil, revealing their Arkitekt’s grand scheme for multiversal decimation and atomical consumption.

The Unseen Horizon is their planet, their beings and their plan.

The Inversion intimates it coming into view, from an otherwise hidden perspective.

The new album was produced by Deformatory, and it was mixed and mastered by Topon Das at Apartment 2 Recording. The gripping cover art was made by Paul Gerrard, with additional artwork by Chris Cold and Adrian Baxter.

It will be released on September 3rd (CD, vinyl, tape, and digital, with lots of related merch). And below the links you’ll find a stream of the album’s first advance track, the lethal “In The Embervoid Where Dead Stars Reign”.