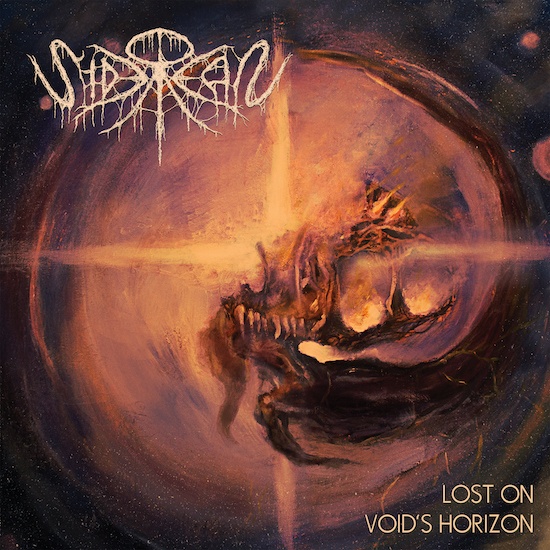 The Slovenian band Siderean began their career under the name Teleport, and as Teleport they released a sequence of demos culminating in 2018’s remarkable Expansion. Afterward came the name change, and a refinement of sound, which was displayed on Siderean’s 2020 demo, aptly named Sidereal Evolution, which was released by Edged Circle Productions. And now, at last, Edged Circle Productions will soon release Siderean’s debut album, Lost On Void’s Horizon.

In their Teleport incarnation, the band drew influence from the likes of Gorguts, Voivod, and Australia’s Stargazer, with musical connections to contemporaries such as Blood Incantation and Sacriphyx. But as revealed on that 2020 demo and even more so on the new album (which includes those demo tracks), they’ve ventured out into more mind-bending and off-planet dimensions, creating a combination of progressive and technical death metal that’s as fascinating and enthralling as it is disorienting.

Thus, it’s with a genuine thrill that we present a full stream of the album just days away from its June 25 release, preceded by our review. 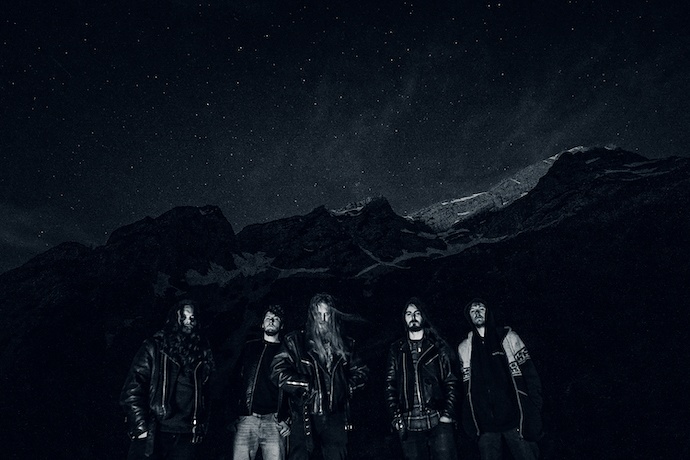 In many respects the album is a work of open-throttle but magnificently intricate frenzy, creating a mind-boggling and mystifying musical high-wire act of suddenly shifting cadences and darting, demented, brilliantly kaleidoscopic fretwork. It displays remarkable technical skill, from the rapid-fire bass and hammering drums, which rhythmically veer into less berserker patterns without warning, to the blaring and blizzard-like riffing and the mercurial, ringing, dissonance-tinged leads that in their angular cavorting create an air of menace and madness. Savage, gritty roaring and frighteningly rabid howls and screams enhance the songs’ ferocity, while the occasional jazzy guitar soloing (tuned to sound like a tenor sax, unless it really is a sax!) creates additional enticing surprises.

The music is composed of many rapidly moving parts, all of them locked together like a multitude of well-oiled gears — the gears spinning within a gyroscope. When a band has such extravagant instrumental capabilities and such inventive and intricate compositional proclivities, it makes sense to choose a production strategy that emphasizes clarity, all the better to bamboozle the listener, and that’s what Siderean have done here, albeit without sacrificing clobbering heaviness.

But although the intricacy and proggy adventurousness of the music is almost never-ending, not all is turbocharged madness. The band segment the two longest tracks with surprising instrumental interludes. In “Eolith” it takes the form of a suddenly soft guitar-bass duet that’s completely beguiling, and in the title track it’s a bizarre but mesmerizing amalgam that combines sensations of celestial wonder and freakish dementia. There’s also an actual interlude track all its own named “Traversing”, a spacey, synth-enhanced instrumental reminiscent of the break within “Eolith”.

Moreover, “Sidereal Evolution” begins with a gloom-cloaked, haunting march — albeit one that’s still packed with head-swirling contortions even before it spins up into another centrifuge for your mind — and ends in powerfully sinister and hallucinatory fashion, while “Coalescing into the Expanse” draws out that atmosphere of unearthly evil within disturbing dreamscapes, and stands as one of the more experimental-sounding and weirdly unconventional creations on the record (which is saying something).

And for the closing track, “Abyssophora”, the band cloak their mutating machinations in an aura of hopelessness and despair — but send them into the stratosphere with a spectacular guitar solo that marks a turning point into the kind of eye-popping instrumental ebullience that marks performers who seem to be having the time of their lives, even if the the song again drops into moods of brooding torment and crystalline grief.

In short, the album is a true tour de force, an endlessly intriguing adventure that makes one think of rocketing through a wormhole, twisting the listener’s brain inside-out and upside-down while revealing wondrous beauty in flashes along a dangerous but electrifying course toward a galaxy unknown. 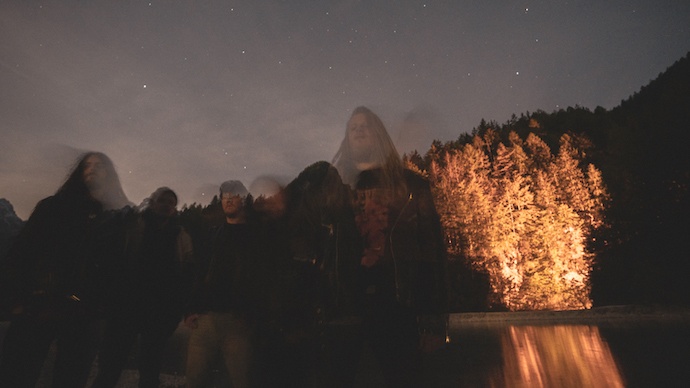 Lost On Void’s Horizon was produced in Slovenia by Anže Čanžek, with expert mastering courtesy of Horrendous’ Damian Herring at Subterranean Watchtower Studio.