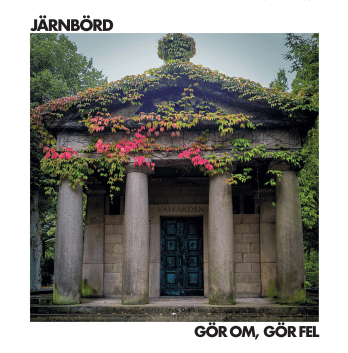 Imagine having electrodes jammed into your neck and someone spinning up the voltage dial to full power while other marauders beat you with hammers, scamper about the room in savage ecstasy, and bray in your face with raw, vitriolic yells. You spasm, become savagely bruised, and yet it all feels fucking great.

That kind of vision might be what comes to mind when you listen to the title track off Järnbörd‘s new album Gör om, gör fel (meaning something like “do again, do wrong”), which will be released this year by Downfall Records. The album includes 10 tracks of fast and heavy grindcore and punk, plus a long 11th track that presents a remix of the first 10 tracks using harsh electronics and synth-filled landscapes of noise. 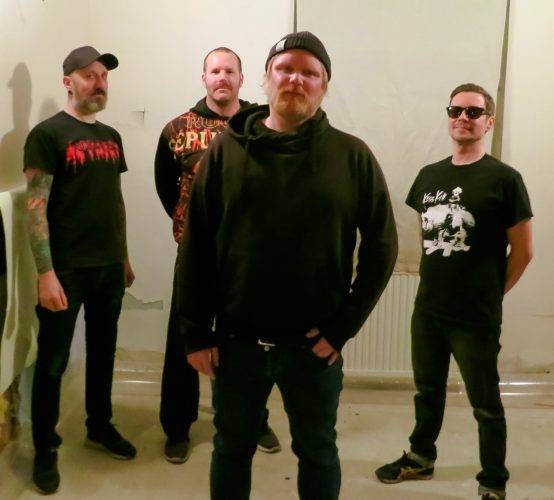 The title track we’re presenting along with a video is a swift and thrilling barrage of violence that also manages to be a head-hooker. The snare drum rapidly chops at the listener’s neck like a spring-loaded axe as the bass emulates the rumble of boulders in an avalanche and the chainsaw-toned chords grind their way through flesh and bone.

Fierce and fiery guitar leads quiver and swirl in glorious, ringing derangement, and somehow seem both bleak and exultant, while the vocalist vents pure fury in blood-spraying, throat-splitting yells. And if your neck isn’t already pumping hard, it will be when the band segue into a dose of cruel and convulsive jackhammering.

For those who might be unfamiliar with these marauders from Malmö (Sweden), they previously released a split album in 2017 with Swedish grinders Resonance Cascade, but they’re returning now with a new line-up on this album:

For further release info, keep an eye on these locations: