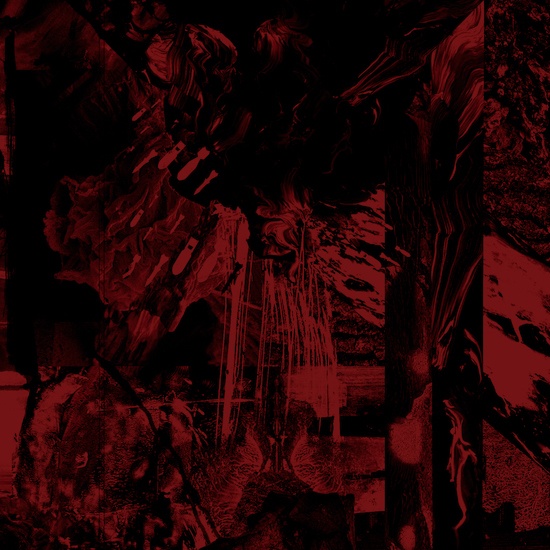 Vessel of Iniquity‘s third full-length is named The Doorway. It will be released by Sentient Ruin on August 6th. To borrow some of the words from the completely accurate press materials announcing the LP, Vessel of Iniquity reveals itself (again) to be a vicious “aural weapon” devoted to “overwhelming sensory annihilation”, “funneling a blinding scourge of swirling atmospheric harsh industrial and lacerating abstract black metal into forty-five minutes of pure concentrated chaos.”

Lest you doubt the truth of that description, we present today the premiere of one of the album’s experiments in “overwhelming sensorial annihilation”, a track named “Dying“.

If this is dying, it’s not a peaceful expiration, but rather the sound of bodies being ripped apart under the impact of an absolutely ruthless mechanized assault, a shock-and-awe campaign unmarred by nuance and unadulterated by mercy.

The sound resembles the non-stop discharge of massed artillery firing at the speed of automatic weaponry. That’s the dominant, overpowering impact of the track, but this dense cataclysm also includes the high scream of weirdly wailing and rapidly quivering tones, the relentless slash of cymbals, and the terrorizing effect of maniacally shrieking voices.

Gulp some air, and listen:

For newcomers, Vessel of Iniquity is one of the many projects of A. White, who has been exercising his creative impulses in various extreme and experimental ways for nearly two decades. The Doorway will leave behind him perhaps the biggest smoking crater of underground destruction yet. Pre-order via the links below, and rejoice in your oblivion.

P.S. Credit for the riveting cover art, which completely suits the pitch-black, apocalyptic impact of the audio, goes to Lev.FM.

One Response to “AN NCS PREMIERE: VESSEL OF INIQUITY — “DYING””