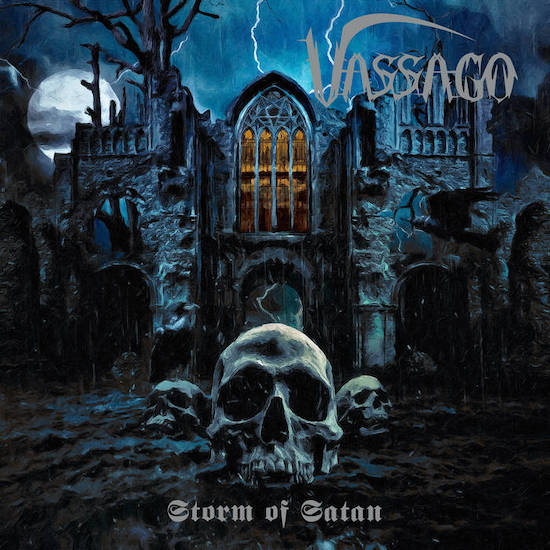 Twenty-two years after releasing their debut album, Knights From Hell, the infernal Swedish slaughterers in Vassago have emerged with a second full-length, aptly titled Storm of Satan. In the interval two of its members devoted their attentions to the black metal band Lord Belial, but thankfully have now revived Vassago, which represents a very different vehicle for their talents — and Andy LaRoque of King Diamond joined them on lead guitar for this new hell ride.

The album is indeed a powerfully hellish amalgam of black and death metal, utterly devoted in its lyrical themes to the evil power of Satan (whose name appears in every song title), and utterly demented in the blitzing and blistering ferocity of its attack. Today, leading up to the record’s August 1 release by NWN! Productions, we have the fiendish pleasure of premiering its second single, “Elite of Satan“, which is a true firestorm of ravaging intensity. 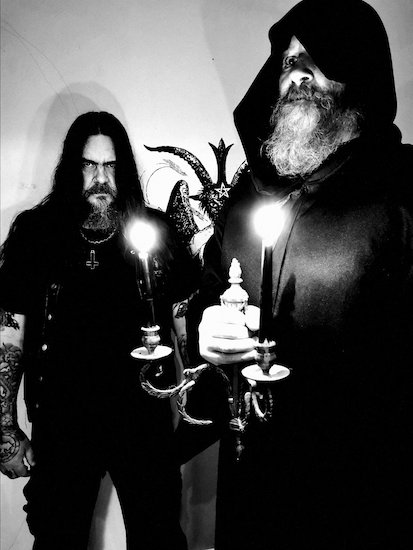 There’s no chance to prepare, only an immediate hurricane of rampant, riotous drumming, crazed screams and snarls, and blazing-fast, unhinged riffing pierced by maniacally quivering leads.

The breathtaking speed and insane intensity of the music is near-overpowering, but the song is more than a white-hot blast-furnace of lunatic savagery. With a sequence of imperial, fanfare-like chords providing the backdrop, the track also delivers rapidly spiraling melodic solos that are exultant and sorcerous in their moods — in addition to another fret-melting solo and further assaults of scorching vocal vitriol and incendiary riffing. And at the end, the song heaves, stomps, and abrasively corrodes the senses:

In that same Bandcamp player above, you’ll also be able to stream the previously released song “Grind of Satan“. Take big gulps of air before you move on to that one, because it takes no prisoners and leaves no room for breath — and it will jackhammer the hell out of your skull, too.

NWN! Productions will release the album on LP vinyl and tape. In addition to contributing guitar leads, Andy LaRoque also gets credit for producing the record.