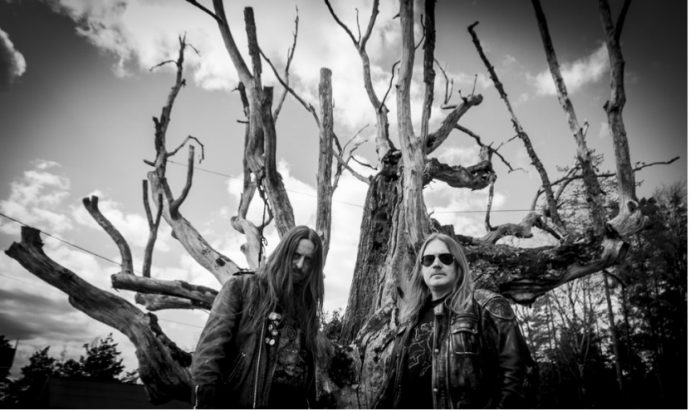 (Today we launch what we hope will be a long-recurring column by our contributor Gonzo in which he spotlights favorite releases from the month just ended.)

No matter how much ground we cover at NCS on a daily, weekly, and even monthly basis, there’s always some music lurking in some dark corner of the metal universe that gets overlooked somehow. Some of that is, of course, by design – we don’t typically highlight the bigger names you’ll see in larger publications; we tend to reach farther down the smoldering depths of the metal underbelly for the stuff that doesn’t get as much exposure.

Earlier this year, I tried to keep up with a New Music Friday weekly column that was, unfortunately, all too short-lived. I blame my day job, in which I also write for a living (though it’s much less satisfying than heaping profanity-laced praise upon my favorite music.)

So, given the aforementioned constraints, Islander has been kind enough to green-light my latest idea: A monthly column dedicated to the bands, songs, and albums that I want to highlight from that month, without double-dipping into territory that’s already been covered.

Enough backstory – let’s dig into what kicked ass in June (and late May, since this is post #1.). The lead band was once in a deep, dark corner, but no longer is. 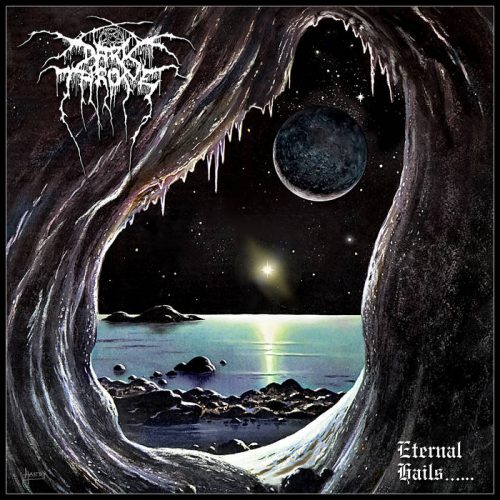 Though the Norwegian legends need no introduction to anyone reading this, their evolution from lo-fi black metal beginnings into a modern-day sonic war beast is always fun to rehash. (I still adamantly refuse to use the descriptor of “trad” under any circumstances.)

With each release, Darkthrone favor refinement over total reinvention of themselves. It’s no surprise, then, that Eternal Hails… picks up right where 2019’s Old Star left off, seeing the band push for more mid-tempo riffage with longer song lengths rather than searing blast beats with the treble turned up to 11. Opener “His Master’s Voice” wastes no time in getting into its galloping pace with a tasty, intricate riff that complements Nocturno Culto’s raspy growl in perfect form. Just like Old Star, the doomier passages on this track and the rest of the album offer temporary bits of respite from the plodding, grimy-as-hell feeling that dominates the mood throughout.

The riff on “Hate Cloak” alone is enough to make Eternal Hails… worthy of several repeat spins, but for a record that’s got only five songs, there’s a shitload to unpack in its 42-minute length. (Listen closely and you’ll hear Fenriz throw in some cowbell for good measure in “Hate Cloak,” and it really shouldn’t work as well as it does.)

Darkthrone have returned with another solid offering of lo-fi evil, and you can be damn sure Eternal Hails… is going to end up on top-10 lists across the internet by year’s end. 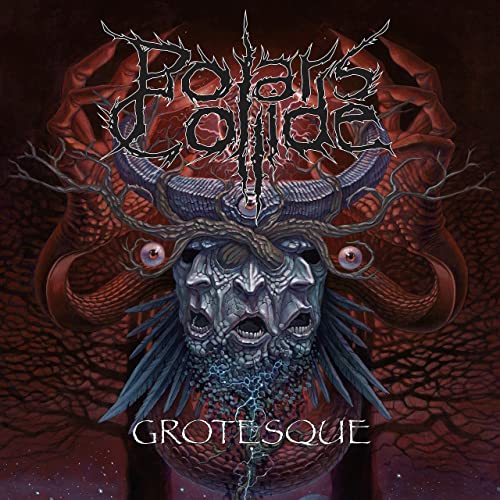 Danish riff lords Polars Collide know how to write a riff that practically screams at you to nod your head along. Starting with the infections “Spider & Fly,” Grotesque is a record that bristles with energy and creativity.

There’s a bit of unmistakable Meshuggah worship with the way these riffs corkscrew themselves around Hendrik Holm’s pounding drums and Martin Borre’s vocal savagery. (Then again, if you believe Devin Townsend, we all rip off Meshuggah. I, for one, am with the Canadian.) That’s not a knock on the creativity these Danes unleash on their debut album at all, though – they take a formula that’s a few parts djent, a dash of hardcore, and a generous helping of sludge, and turn it into their own angst-ridden sound. It’s got solid production value throughout, most notably with the one-two punch of “Tragicomic” and “Rejected,” the latter of which being released as a single earlier this year.

If there’s any downside with Grotesque, it’s Holm’s occasional vocalizations that bring to mind David Draiman and Disturbed, and occasionally the songwriting feels a little too restrained for its own good. When Polars Collide really let it rip, though, it’s a pretty satisfying listen. 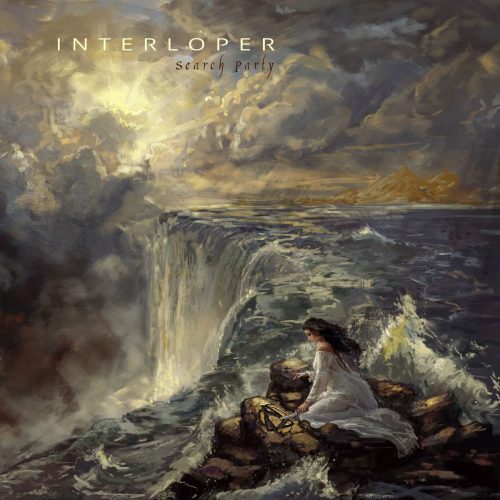 It’s almost bizarre that I haven’t heard anyone lose their collective shit over this album yet. (Well, other than me, but talking to myself got really fucking redundant after last April.)

Interloper is a new California-based trio consisting of former members of The Faceless and Rings of Saturn. Personally, I loved most of what The Faceless put out, and a lot of that is fully engrained in the DNA of Interloper. The musicianship and songwriting on Search Party is nothing short of bonkers, with tunes like “Pathkeeper” and “Moonlight” shredding so hard they threaten to rip your speakers apart. Andrew Virrueta’s masterful vocal performance oscillates between soaring melodies and throat-scraping roars, while the punctuated precision attack of the rhythm section is just as infectious as it is dizzying.

The fact that this band is just a trio is hard to fathom. The end of the album closes out on a curious note with a cover of Duran Duran’s “Rio,” and it… almost works? Either way, it’s the only misstep to speak of on Search Party. Crank this one up and be prepared to have your mind explode. 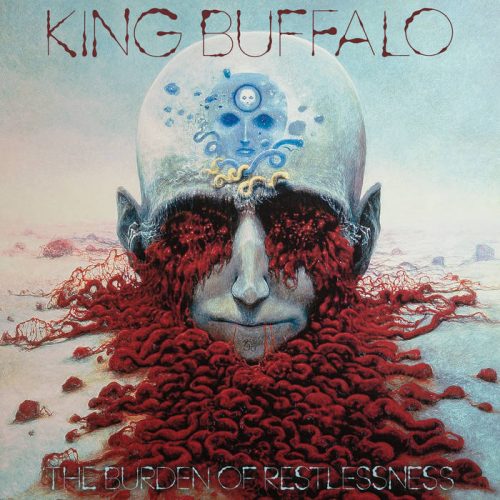 King Buffalo – The Burden of Restlessness

Another power trio with a killer new album that dropped last month, King Buffalo are a psychedelic/stoner outfit from Rochester, NY. And it might be the best thing this band has released yet.

The Burden of Restlessness is just about as relevant and relatable of an album as you’re likely to hear this year. Right away, Sean McVay’s understated shouts of “Another year lost in the wasteland” on opening track “Burning” struck a chord with me. The pandemic was (and still is) an emotionally damaging experience, and the lyrics on “Burning” and through much of Restlessness really encapsulate how it felt to spend a year staring into the void. Existential dread, however, has never been this catchy.

Bassist Dan Reynolds connects his four-string rumbling to drummer Scott Donaldson’s kit-pounding like a match to a joint. In fact, I think you’d be hard-pressed to find a single moment throughout this record where that isn’t the case. It’s hypnotic, addictive, and strangely cathartic, and it gets better with every listen. Reynolds’ bass work on “Hebetation” continues to impress, as he channels his best Justin Chancellor impression with absolutely unmistakable grooves that practically ooze out of your speakers.

If you’re a fan of The Sword, Elder, or even Sleep, The Burden of Restlessness is one you can’t miss this year. 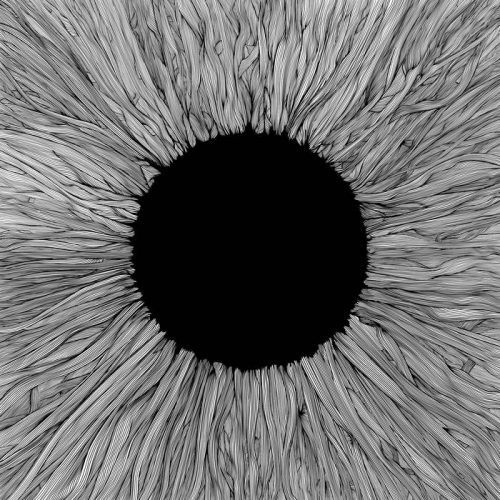 Speaking of musical addictions, this is one that’s genuinely gotten better every time I’ve spun it up.

At first, though, I wasn’t quite sure what to think of the newest output from Denmark’s prog/djent masters. 2018’s Applause of a Distant Crowd was one of my favorites from that year, but I felt there were moments when they reeled in the ferocity too often, leaving a lot of potential on the table for more – and heavier – ideas. The first few spins of Witness left me wondering what the hell was going on, honestly.

After at least 50 listens to Witness all the way through, I can say VOLA have taken those quieter moments that Applause of a Distant Crowd left hanging, down-tuned their guitars to bowel-shaking depths, sharpened their riffs to a fine point that would make Hanzo Hattori envious, and unleashed one of the year’s most essential metal albums so far. It’s a grower, to be sure, but the more attention you give to this one, the more it’ll reward you. “Napalm,” for example, is one you’ll find yourself humming in the shower. Imagine if Meshuggah jammed with Voyager and you’ll get the idea.

The weird side trip into thinly veiled hip-hop on “These Black Claws” (featuring rapper SHAHMEN) threw me for a loop at first, but improbably, the Danes make it work. The closing four tracks on Witness are especially solid, with “Stone Leader Falling Down” being the purveyor of the most headbang-worthy riffs of the year. It’s just too much goddamn fun.

And if “Inside Your Fur” isn’t stuck in your head begging for another spin when it finally fades away, well… listen to it again anyway. This is one album that requires your full attention to really appreciate, but I promise you it’s worth your time. It’s a thoroughly satisfying listen.

If you like what you hear with these, give my 2021 best-of playlist a follow. I update it several times a week. And if you’ve got something you think I should add, leave a comment with your best recommendation: