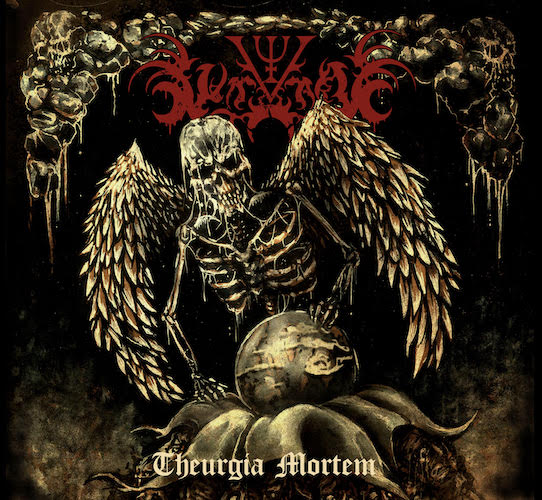 “All good things come to those who wait.” That hopeful proverbial saying is attributed to the English poet Lady Mary Montgomerie Currie (1843-1905), under her pseudonym of Violet Fane. Yet the same poem that’s the source of the saying also includes this stanza: “‘Ah, all things come to those who wait’ / (I say these words to make me glad) / But something answers soft and sad / ‘They come, but often come too late.'”

It has been a long wait for Theurgia Mortem, the debut album of the occult French black metal band Vurvarat. One advance song from the album first surfaced in January 2018, and we premiered a second one in April of that year. At last, it will be released soon by Atavism Records, and thankfully patience is rewarded. It is indeed very good, and comes not too late. 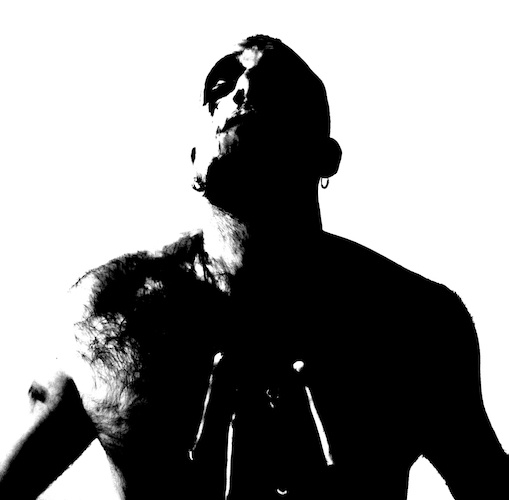 We are told that Vurvarat’s musical conceptions have a spiritual origin, and the music itself makes this claim an easy one to accept. It often sounds like a communion with spirits, from the celestial operatic overture that begins “The Ghostly Demise” and the choral voices that close the final track, to the strange monk-like chanting sounds that warble at the end of “Incantations For the Deformed”, the eerie ambient tones that surface, shiver, and chime within “Wake of the Foul Mind” and “A Pale Horse Descends”, and the ever-present ring of guitars tuned to resemble bells of glass.

But the music is also deeply sinister, viscerally powerful, and cloaked in an atmosphere of dread, danger, and anguish. The drum beats and bass tones, which are stately as well as ravaging, pulse with spine-shaking heaviness. The layered and multiply-toned guitars are varied in their manifestations but always piercing in their impact. They gouge and claw, writhe and wail, flicker and flare, creating a sonic embroidery that’s abrasive and dissonant as well as crystalline and hypnotic.

The music conjures unsettling visions in the mind, but there are lots of times when the rhythmic heaviness of the chords and the percussive blows make sitting still impossible, because the music so strongly connects with primal urges to move.

The vocals add to the music’s amalgam of sensations, ranging from the most tortured screams and vicious howls to heartless growls, reverberating chants, maniacal exhortations, and singing that itself sounds ghostly and pale.

There are no happy times in Theurgia Mortem. Even the most beautifully ringing guitar arpeggios are steeped in sorrow and despair. Oppressive funeral marches hammer away any feeling of hope. Even when the drums rumble, roll, or thunder, and the riffing sears in feverish spasms, the music leaves hope gasping in a ditch, surrendering to the assaults. And there’s an unmistakable aura of the occult that drapes almost everything in cold shadows and unearthly phosphorescence.

Yet for all of its sounds of dread and doom, the album is intensely charismatic. It feels like wandering through a sulfurous subterranean labyrinth accompanied by apparitions, with almost nothing but new frights around each turn (though parts of “Within” and “A Pale Horse Descends” seem exultant). But it’s such a gripping experience that there’s no turning back once you enter this maze. Produced in a way that yields both clarity and power, and manages to be both primitive and elaborate, it’s a work that won’t soon be forgotten.

Atavism Records plans to release the album on July 9th in a digipack CD edition. The artwork for Theurgia Mortem was created by JDW Death is my only Friend, and it was mastered by H from Ibex Sound.