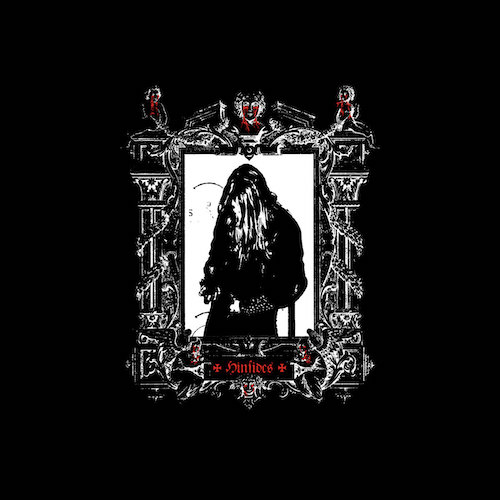 Last year Shadow Records introduced denizens of the underground to the Swedish black metal band Hinsides (which is the solo project of Ultra Silvam’s M.A.), through a split release with Monstraat. Only two Hinsides songs were presented, but enough to make a fiendishly promising impression. From there Hinsides went on to complete work on a debut album, which the same Shadow Records is now set to release on July 9th.

The album’s name is Under Betlehems brinnande stjärna, and it is a confluence of surprises that create what might seem to be paradoxical results, harboring music that at first blush is so willfully abrasive it might repel rather than attract, but turns out to be exhilarating and unexpectedly enthralling — even magical. 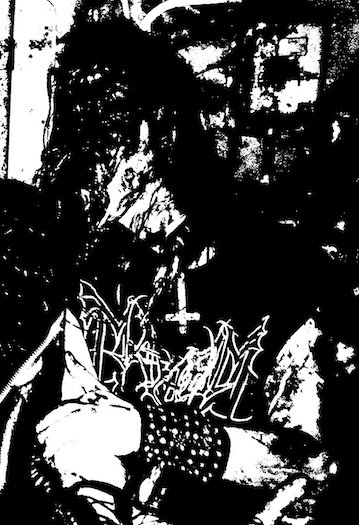 There will be some among you who would protest over having to endure the album’s manifold sonic cruelties in order to experience the glittering brilliance of the guitar work and the affecting melodies that flow within such scalding sensory assaults. And unless you’re already an adherent of raw black metal, it’s fair to say that this album will take some getting-used-to. But if there’s one mission in the following review, it’s to encourage you to hold fast through the opening gales of abrasion, because there are fascinating rewards in store for those who do.

And yes, the album’s opener, “Afsägelserit”, is immediately merciless. With an attitude that seems to say “Fuck intros”, it’s an immediate turbocharged barrage of battering drums, nimble but almost imperceptible bass notes, viciously raw riffage, deranged leads, ghastly howls, and unhinged screams. It hits like a roiling blizzard of razors. But the music rises and falls as it unfolds, the drumming shifts gears in ways that reveal a punk influence, and when the drums steady into a stalking rhythm the timbre of the riffing becomes glorious — even though it’s still abrasive as hell. Even with the changes that happen in the song, the dominant impact remains the same — it’s a crazed, exultant, and flesh-ripping way to launch the album, straight up to the semi-clear ring of the closing notes.

The more stately moments in “Afsägelserit” that sound glorious become the principal moments in “Genom döden återfödt”, which sounds like a grand and devilish march. Backed by neck-popping drum cadences, the music seems to swing and swirl in exhibitions of defiance and delirium, propelled to heights of wild extravagance by blaring chord fanfares (and those berserker vocals). On the other hand, the title track, which also lurches ahead at a more measured pace, is more steeped in grimness and gloom — yet the effervescence of the guitar leads is irrepressible even if their mood is more despairing. By the mid-point the music launches into a boisterous gallop, but when that ebullient surge settles down, the moody, ringing guitar motif that cycles through to the end becomes the chief reason why the song stands out.

Hinsides‘ rendition of Samhain’s “Macabre” is primitive and diabolical — it gets its sinister hooks in the reptile brain quickly and just digs them in deeper. But after that relatively brief and stripped-down digression, things go wild again with “Skymningsfärd”, an electrifying whirlwind of sound for sure, but one that includes melancholy yet very seductive and memorable guitar harmonies and vibrant bass lines during the moments when the pacing ebbs.

Hinsides decided this was the place for an interlude, and thus inserted the haunting “Frälst i dödsstöten”, in which the gothic resonances of an organ play the lead role, surrounded by twinkling ghostly tones.

And at the last comes “På jordelifwets sorgetåg”, one final exultant spin around a blazing bonfire under a full moon. As you listen, it’s not hard to imagine witches and warlocks reveling in madness as they whirl and levitate. The guitar flickers like flames, the drumming is a rhythmic riot, and when the drumming simply pops like a pulse, the ringing riffage sounds like a brilliant spell.

With distribution and marketing by Regain Records, Shadow Records will release Hinsides‘ full-length debut on CD, vinyl LP, and cassette tape formats. Get the details and place your orders via the links below: