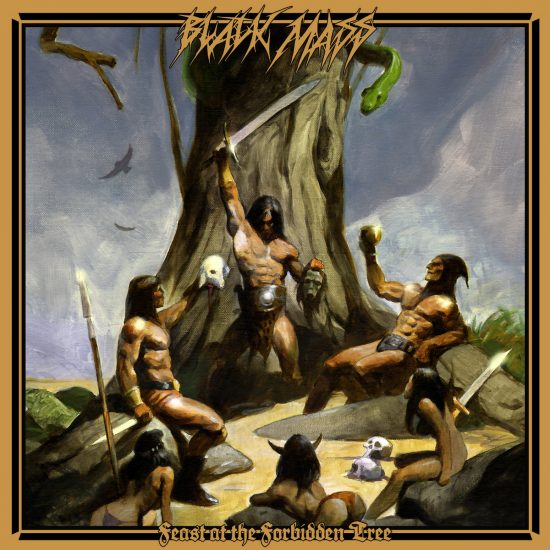 The first thing that’s going to hook people’s attention to the new album by Boston-based Black Mass is Mike Hoffman‘s fantastic artwork, which evokes fond memories of the legendary Frank Frazetta. But it’s the savage thrill of the music on Feast at the Forbidden Tree that will set the deepest hooks.

This new record adds to a discography that includes two previous full-lengths, 2015’s Ancient Scriptures and 2019’s Warlust, and it’s set for release on September 10th by Redefining Darkness Records. What we have for you today is the album’s first preview — the premiere of an electrifying track named “A Path Beyond“. 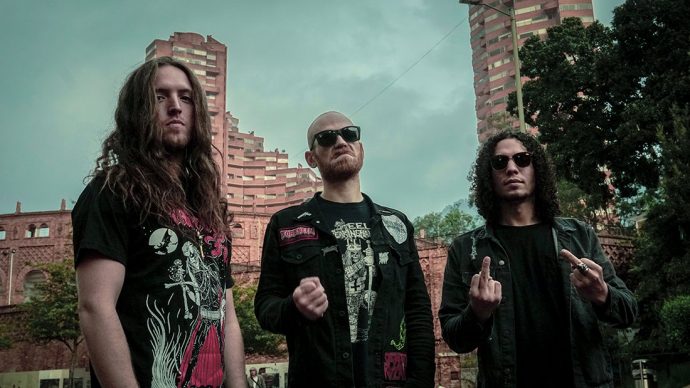 Photo by Camilo A. Muñoz

Thrash is the name of the game here, but a particularly menacing and infernal brand of thrash, one with a vicious attitude, a sound that’s not shined-up, and an impact that’s viscerally compelling. “A Path Beyond” is a great example of these qualities, as well as the pulse-pounding dynamism of the band’s songwriting.

The song’s ringing opening riff all by itself seems to capture so much of what Black Mass are about. It straddles a line between reveling and reaping — both bursting with infectious energy and dangerously predatory. Thundering drums and magma-like bass tones give the song an equally contagious momentum, and scalding vocals add to its aura of malignant menace. Blaring chords and grim, ripping riffage create feelings of wild abandon, and the sequence that hits at about a minute-and-a-half in is a ticket straight to headbang city.

But the band continue to pack in more and more changes in the time to come, all of them thrilling, without slowing the riotous pacing or watering down the song’s sinister and savage moods. Among other things, there are some downright glorious solos, whose reverberating extravagances won’t soon fade away, and everything capped by an absolutely blazing finale.

Feast at the Forbidden Tree was recorded and mixed by Alex Garcia-Rivera at Mystic Valley Studio, and Jack Control at Enormous Door Mastering handled the mastering. It’s now up for pre-orders, so don’t delay: