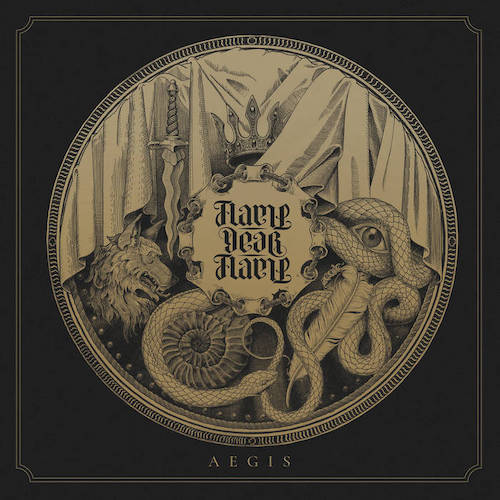 On July 23rd the Eisenwald label will release Aegis, the debut album of the German band Flame, Dear Flame. Thematically, it is a two-part tale, with each part musically focusing on different aspects of the band’s impressive talents. Because epic doom is one of those ingredients, our friend Comrade Aleks, best known for his doom-metal interviews for us and other publications, shares these thoughts about the album, in the lead-in to our premiere of a song:

“Brunswick, the city where Tijl Uilenspiegel was born, has fed a band who combine the spirit of good old traditional doom and acoustic folk alongside a witch’s charms. Obviously, any doom band with a lady on vocals easily receives the tags “occult” or “mysterious”, and it seems that Flame, Dear Flame aren’t going to be an exception. Down-to-earth riffs, episodic bleak folk-oriented tunes, and the out-of-this-world soaring voice of Maren Lemke distinguish the band from many others. 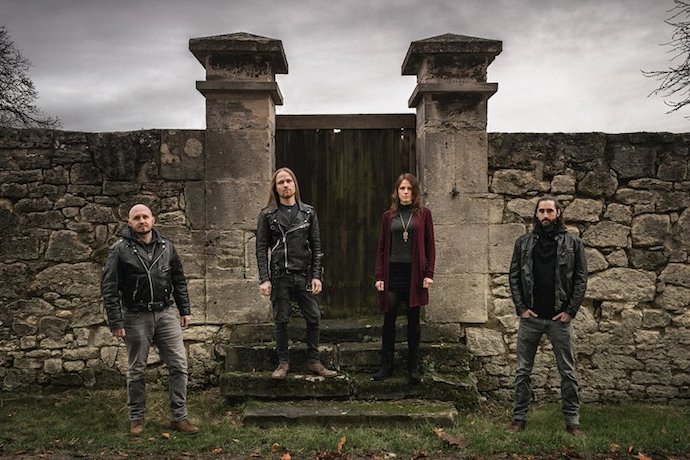 “As Flame, Dear Flame was formed back in 2017, Aegis is their first full-length album, visibly split into two parts, with ‘The Millennial Heartbeat‘ trilogy and four more tracks united under the name ‘The Wolves and the Prioress‘. This second part of the album, ‘The Wolves…‘, focuses more on acoustic folk elements, further enriching Flame, Dear Flame’s engrossing sound. It details the story of a feral child that falls into the custody of a sage prioress.

“All of these elements result in a unique combination of traditional doom and quite dark folk. Probably this successful mix of ingredients led Flame, Dear Flame to the Eisenwald label’s attention, which has taken care of such bands as Agalloch and The Flight of Sleipnir, and of course many others. Let Flame enter your heart”. 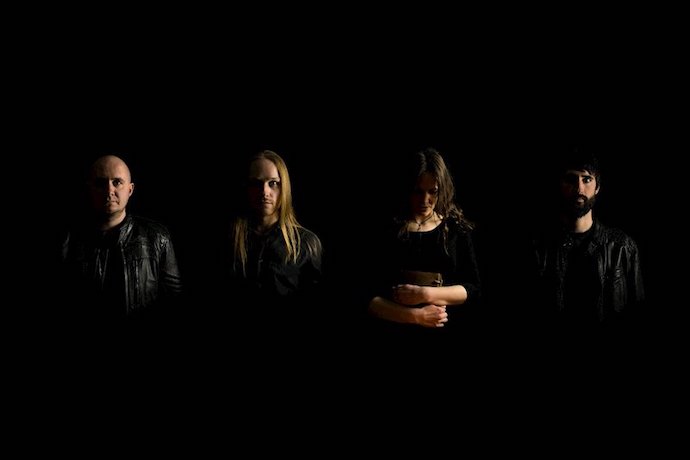 The first part of the album referred to by Aleks, entitled “The Millennial Heartbeat,” is a remastered and partially re-recorded version of the band’s demo EP. To borrow a description from the press materials, “it details the genesis of the ocean and the thanatography of the land, a testimony of the forces of nature and its frailty alike, performed in three movements and featuring a classical epic doom approach, rife with gargantuan riffs and percussion as well as soaring clean vocals, yet interspersed with thoughtfully placed and paced clean sections”.

To get a sense of that first part of Aegis, check out the previously released opening track from that movement, which we’ve included below.

But it’s the second part of the album, “The Wolves and the Prioress“, that’s the source of the song we’re presenting today — a song that begins this four-part composition.

Aegis was produced and mixed by David Kuri, and was mastered by Greg Chandler at Priory Recording Studios. Each track on Aegis is accompanied by a visual representation composed by Karmazid in an accompanying booklet. The album’s cover art was created by Kodex Barbaricus.

Eisenwald will release the album on CD and vinyl LP formats, which are available to order now: