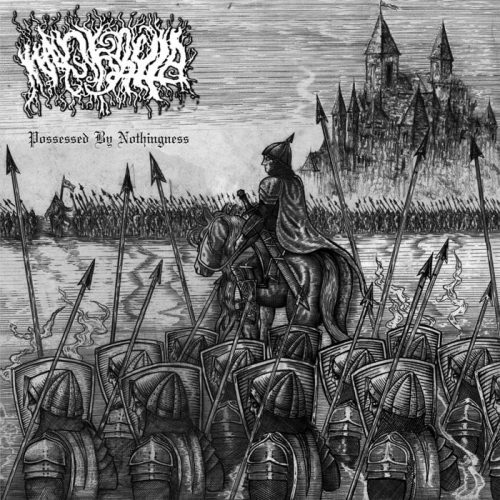 What we have for you today is the premiere stream of the new album’s title track, which seems to perfectly represent the core aspects of Wald Krypta‘s uncompromising musical devotions. 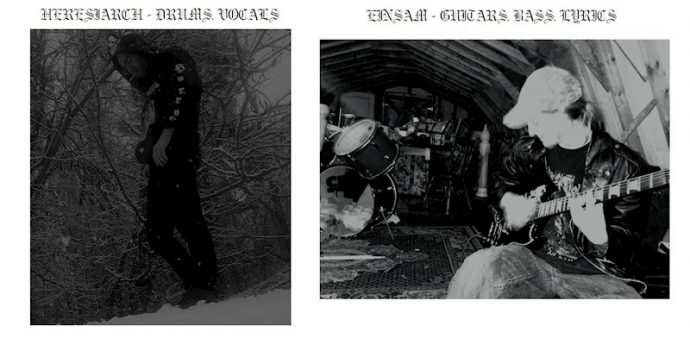 As you’ll learn from the title track we’re streaming (if you’re not already familiar with the band’s previous releases), Wald Krypta have no use for a pretty, cleaned-up and polished, sound. For them, the uglier the better. In that preference for raw and primitive sound, they align themselves with their spiritual precursors in the notorious Les Légions Noires. The drums sound like jackhammers applied to sheet metal, though the rhythms are as likely to segue into a skipping, punkish, rock beat as they are to pound like pistons. The rhythm guitar buzzes like a hornet the size of a mastiff that has somehow gotten right inside your ear canal. The vocals have all the subtlety and tenderness of a blowtorch used for shaving.

But all that harsh, lo-fi, fuck-you ugliness just makes the impact of the music more visceral, and not just unpretentious but righteously nihilistic. Along with that “tender ears be damned” attitude, the stripped-down approach to the songwriting triggers an equally instinctual response — because the riffing and the guitar leads are so raucously wild and so full of penetrating hooks, even if the hooks are corroded instead of polished to a shine.

At first the music sounds viciously cruel and frighteningly crazed, but then becomes increasingly defiant and ecstatic. The music whirls with abandon, and the chiming and flickering tones that spear out above the scampering and hammering beats are glorious — and indeed, perhaps paradoxically, mesmerizing. A savage and primal pulse also throbs within the music before it ravages and whirls again.

This new album will be the first Wald Krypta release to receive vinyl LP treatment, in an edition limited to 100 copies. Eternal Death is also making it available as a digital download. Pre-orders for both are available now. And in addition to the pre-order link, were also including a stream of the previously released track “Drowned Into the Last Realm“.