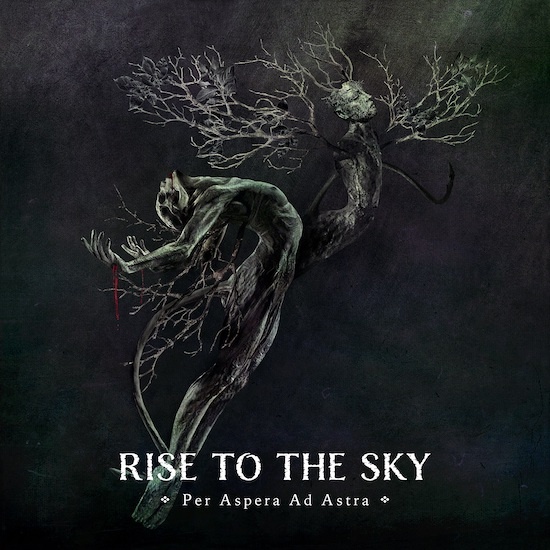 Rise to the Sky is the vehicle for the music of its sole creator, Chilean multi-instrumentalist and vocalist Sergio González Catalán. Though the project’s earliest releases emerged only in 2019, it has already assembled an extensive discography devoted primarily to atmospheric death/doom metal. The newest album, Per Aspera Ad Astra, is set for release on September 3rd by the Russian label GS Productions, and it’s the second full-length by Rise to the Sky that will see release this year.

But the tragic inspiration for the album is one that should be explained before we reveal the album’s second advance track today: 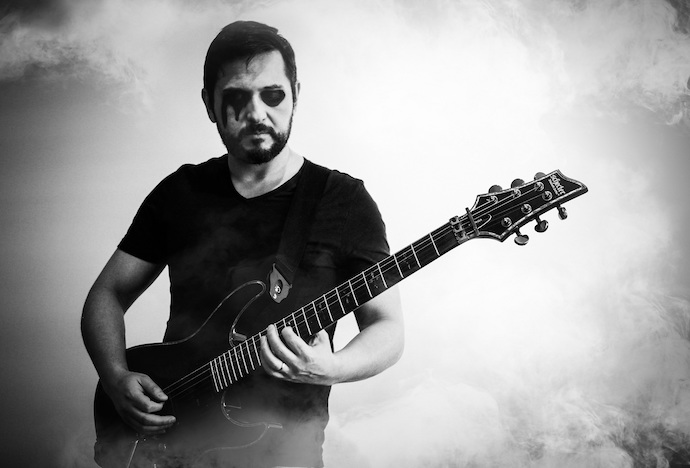 Sergio states: “On Wednesday January 6, 2021 my father, Sergio González Bombardiere, passed away suddenly. From one moment to the next, I found myself making phone calls, answering messages, writing obituaries, and making funeral arrangements. We buried my father on Friday, I went home afterward with certain relief that he had already received a proper funeral and that it was now time for us to grieve. On that weekend, while trying to cope with this new reality, I went to my studio, and having no idea what to say or do, I wrote the song ‘Per Aspera Ad Astra’”.

In introducing the album that eventually took shape after that initial piece of songwriting, Sergio has further stated: “With death, times stops, matter fades, present and future cease to exist, and only the past remains. Upon death, the remaining body is disposed, the person is transformed and keeps living through the ones who remain, in the form of memory, image, and blood. Their past, and the way it molded our lives and destiny, is a perduring reflection of their existence”. 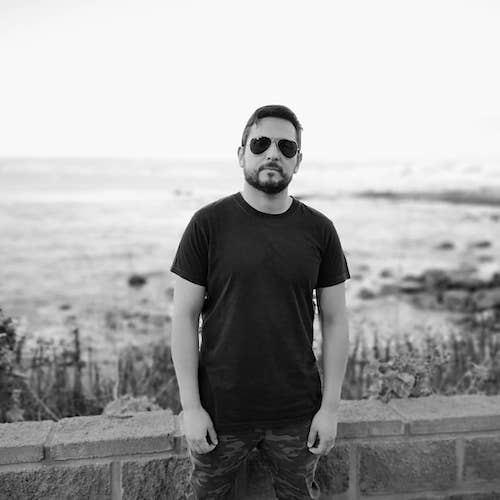 With that background, now we come to the track we’re premiering today, “End My Night“. The sound of the song is vast and earthshaking, and it’s beautiful but intensely heartbreaking. The music builds in intensity and panoramic scope as the minutes pass, climbing toward a crest of emotional power, and as it ascends, its immersive effect becomes overwhelming.

The core melody of the song is introduced by a classical symphonic overture that’s stately and mesmerizing, and then it’s carried forward by a symphony of a different kind, one composed of immensely heavy distorted chords, momentous drum booms, shimmering synths, and the stricken wail of a lead guitar. Truly abyssal growls that rise in agony add to the music’s staggering emotional impact.

The clarity of the grieving lead guitar causes it to stand out even above the rumble of double-kicks and the heaving immensity of the riffs. It pierces through the harrowing vocals and the sprawling sunrise shine of sound above it, and it really is a thing of tragic and enthralling beauty.

Below, you’ll also find a stream of the album’s title track whose genesis was discussed above.

The album was recorded in Sergio´s Castle in Santiago. Production, mixing, mastering, and drum composition were handled by Filippos Koliopanos. The artwork was created by Augusto Peixoto (Iron Doom Design).