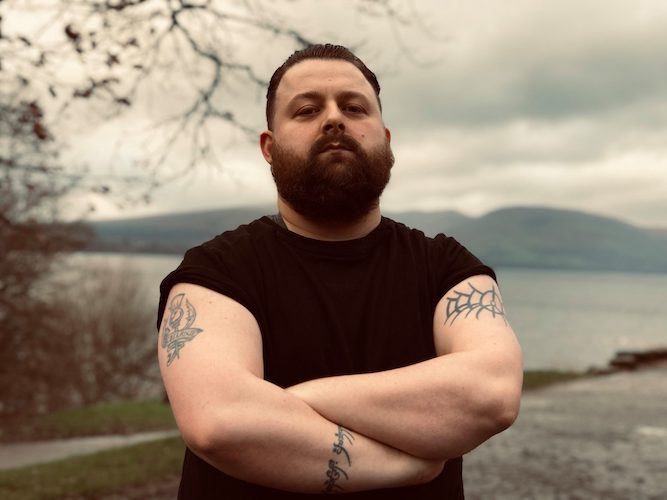 If you were searching for new Scottish atmospheric black metal, then you have it, and Tom Perrett has a few things to tell.

Hi Tom! How are you? Do the quarantine restrictions spoil your summer time?

Hey, I’m fine thanks, and hope you are all doing well. Of course we had a lot of plans this year which were curtailed due to Covid 19 but it also I suppose let me write 2 albums in that time so I’ve tried to make the best of a bad situation. 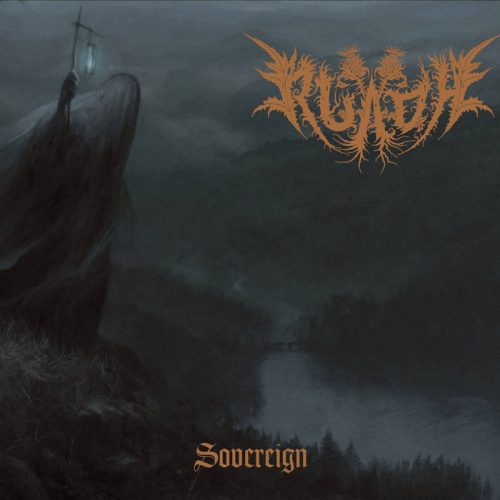 Tom, Ruadh was formed in 2018 and relatively fast you recorded Sovereign (2019). How long did you actually bear this material inside you? It seems you knew from the very beginning what you wanted to achieve with this project?

Funny story in fact. I wrote ‘Waiting’ from Sovereign in 2006/07 because me and a well-known musician where planning to collaborate on a project because we were in a band together at this time. The other material was written for the album. I wrote ‘Where I belong’ one night after my day job whilst the Mrs was pregnant with our kids and I was reading a book on Scottish history as I often do.’ Sovereign’ (the track) was written for the album and written as a title track, so that was always going to be the case, and the others again were for the album.

The Rock of the Clyde was being written and recorded during the pre-order phase of Sovereign because I had a 3 album deal with NSP and I wanted to make a mark with the second album and try something different. I feel ROTC let me make the Ruadh sound that led to Eternal. So to answer the question I’m sort of always writing.

You describe Ruadh as “epic, Scottish, atmospheric black metal”. What do you put into these words? Do you feel yourself a part of the black metal ”scene” or whatever?..

Honestly it’s not something I care about. You need to tag your music for marketing but honestly you can call it whatever you want. I suppose it’s more folk than black with the last album, or perhaps even Celtic metal, who knows. 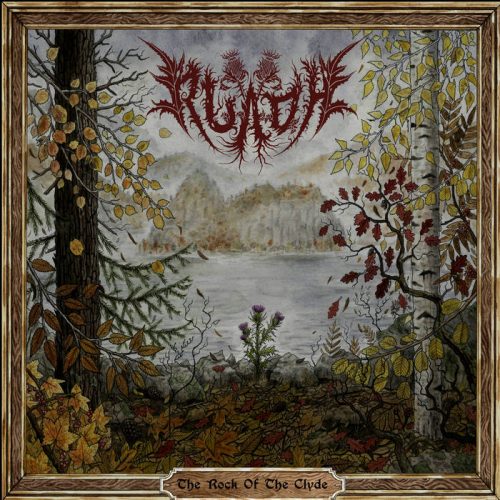 We can trace some of your black metal influences, but how did you manage to incorporate “folk” elements into Ruadh’s compositions? It isn’t something extraordinary when we speak about pagan black metal, but well… that’s the thing I’d like to ask you.

So, Soveriegn has very little folk, it was more atmoblack straight up I would say. With The Rock of the Clyde I was writing about Iron Age Scotland so these sounds added something special to the album. It wasn’t a decision I made, it just kind of happened, and it’s something I enjoy as a texture in the material now. I guess you could thank Bathory again as the first song I wrote for The Rock of the Clyde was the title track, which is basically Scottish Bathory.

Sovereign’s artwork was good, but The Rock of the Clyde and Eternal are killers! How did you build your collaboration with Joan Llopis Domйnech?

When I signed with Northern Silence I had a different logo and different cover and Torsten basically said to me, “This is shit, the music is great but the logo and artwork are bland” So we got a license to use a pre-made artwork of an Artist he worked with before. I knew even before Sovereign dropped what The Rock of the Clyde was about, but you can’t go getting paintings of the Alt Clut (Dumbarton Rock) in the Iron Age very easily so I was scrolling on Facebook and happened across Joan. Ever since the first message he just get’s me and understands my vision. His attention to detail is special and he is a wonderful talent.

Joan’s artwork adds an extra-level to your music. Do you see Ruadh not just as a black metal project but as something bigger? As an artistic manifest of some kind?

I’ve said before, Joan is a special talent and ROTC and Eternal were perfect for his style,which makes it feel more cohesive I would say.

I feel like the label of black metal is disingenuous now, given that no one really cares about the fact “Black metal” is satanic. Really what we have now is because bands like Emperor and some others really perfected the black metal tremolo guitar technique, and the minute we hear that pace or open playing we associate it with Black metal, which is just a way for a consumer of a product to quantify it more than anything else. I mean, plenty of bands use this style. For example Insomnium’s Winter’s Gate is one of the best modern black metal albums in parts but then it’s mad Opeth vibes and other stuff. I like things to break the rules.

The Rock of the Clyde and Eternal were both released through Northern Silence Productions, and both albums were released as limited editions. Does this fact bother you? Your music has great potential behind it, there’s certain vision behind these songs, and they’re performed at full capacity, but CD sales only increase year after year…

Well the deal is actually very artist friendly. Northern Silence have the license for 5 years after release and when the CD’s sell out they get reprinted and I get more copies — it’s win win.  Also very soon all the albums will be cut on vinyl which I am looking forward to. 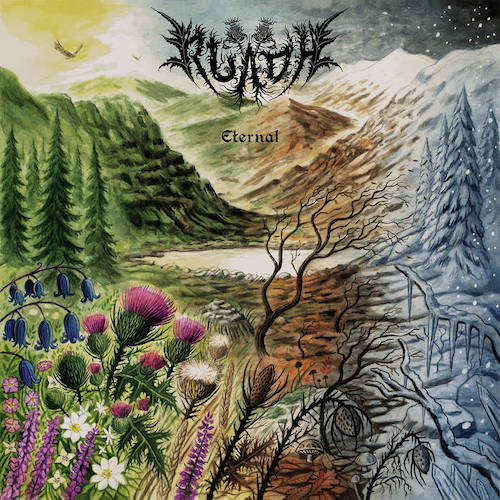 Ruadh’s new album Eternal (2021) represents Nature’s annual circle turning (correct me if I’m wrong). What attracted your attention to this theme? It seems the natural change of seasons doesn’t work any more as winters turn to be softer and none can predict what will happened next.

That’s an interesting point you make about the change but there have been so many anomalies throughout history with the changing seasons. No doubt we have had a negative impact on the world as humans but there have been natural occurrences which caused 2 years of no sun during the Holy Eastern Roman Empire reign.

“A mysterious fog plunged Europe, the Middle East, and parts of Asia into darkness, day and night—for 18 months. ‘For the sun gave forth its light without brightness, like the moon, during the whole year,’ wrote Byzantine historian Procopius. Temperatures in the summer of 536 fell 1.5°C to 2.5°C, initiating the coldest decade in the past 2300 years. Snow fell that summer in China; crops failed; people starved. The Irish chronicles record ‘a failure of bread from the years 536–539.’ Then, in 541, bubonic plague struck the Roman port of Pelusium, in Egypt. What came to be called the Plague of Justinian spread rapidly, wiping out one-third to one-half of the population of the eastern Roman Empire and hastening its collapse, McCormick says.” (A quote by Michael McCormick.)

But to answer your question about what drew me to it is a little bit more personal, but  let’s just say it was a spiritual choice not a religious one.

How did you create these tracks? Did you focus on each season’s “character” before starting to compose new songs or did you already have complete material which was separated later into chapters?

I gave every season the complete respect it deserved but the first track written was ‘The Wheel’ which is about the whole process really. The whole album was so organic and effortless it actually feels like I never wrote it. Writing something implies you are working at it and perfecting it. With Eternal it wrote itself, and more challenge came from the mix than the composition. 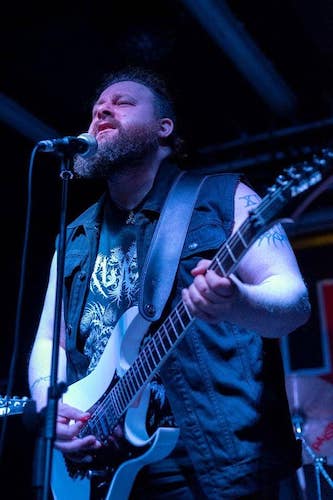 What about Ruadh’s fanbase in Scotland? Do you feel support from your folk?

Yes, I have had a good number of sales in Scotland, more than I thought I would. But Scotland is a weird place to be honest. Scottish people seem to hate their own origins and act like it’s a shame to them. I live in central Scotland where half of the population think they are English and the other think they are Irish; only in recent times have people started to identify as Scottish, but there is still a very strong core of sectarianism sadly. Rather amusingly I get more sales from England in actual fact. With the themes of the next album it will be interesting to see if that continues.

Next album? Bring it on! What are you ready to tell us about it?

I’ll give you a clue or rather a date and your readers can take what they like from that. 1296

It seems I need to google it after we deal with this interview! Tom, this year you alongside Alex Vogel (vocals) also recorded the debut album of another atmospheric black metal band, Aonarach. How would you summarize the main differences between it and Ruadh? How do the messages behind both bands differ?

Aonarach is black metal in a more traditional sense.

I wrote it when I felt so isolated at the start of lockdown, I was off work for 2 weeks and wrote the whole album in that time. Would have been quicker but I have kids.

How do your kids react on your music? Do you spare them or are they adult enough to dig heavy stuff?

The wee man Thomas really likes his metal even at this point, in fact he sat with me pretty much through mixing the albums which is a story I’ll tell him when he’s older. Paige on the other hand loves all music — she’s basically a wee Pagan hippy. She dances to anything and loves the outdoors and doesn’t really like shoes or socks. 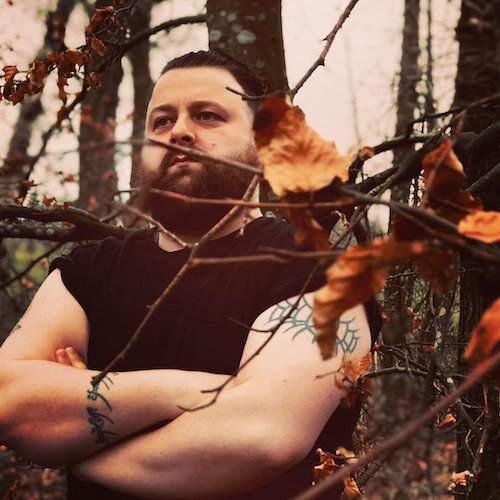 Okay, thank you for the interview Tom! I hope Ruadh’s next album will be complete soon and we’ll have new reason to talk! How would you like to finish our interview?

Thanks for chatting with me, I hope everyone is enjoying the album as I work on the next one — I seem to be the Ubisoft of metal (for the gamers out there) but I can assure you there’s plenty left in the tank and Ruadh will continue to break the rules. There is already a verbal agreement for at least another 3 albums and I really hope live gigs can return soon so we can take this stuff to the stage as we’re supposed to.

Anyone looking to book the project please contact our booking agent InFiction Entertainment via tmoor@in-fiction.eu

Take care everyone and all the best.