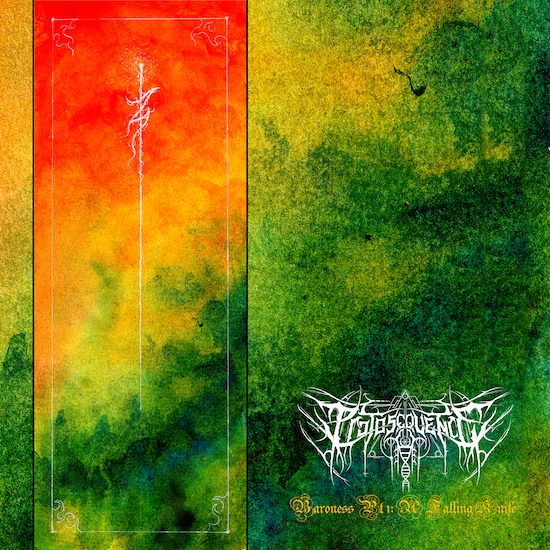 Prepare to have your head spun all the way around and your pulse galvanized like stepping on a live power line, because we’re premiering a new single by Protosequence that’s being released today by Lacerated Enemy Records.

This new track, “Baroness Pt 1: A Falling Knife“, is the first to appear from a new album and follows up the band’s 2020 EP, A Blunt Description of Something Obscene, which we also had the pleasure of premiering. And if you happen to be newcomers to what these Canadian wizards do, an excerpt from what we wrote with that premiere might still serve as a viable introduction:

“Protosequence have created a genuine musical spectacle, a fusion of tech-death and progressive metal that manages to be both jaw-dropping and beguiling, both head-spinning and bone-smashing. It creates pyrotechnic displays of breath-taking instrumental agility that often seem completely deranged or utterly alien, accompanied by bestial vocal ferocity, but it also seduces the listener with elements of mesmerizing melody. And around every corner (of which there are many in these labyrinthine compositions), a new surprise awaits.” 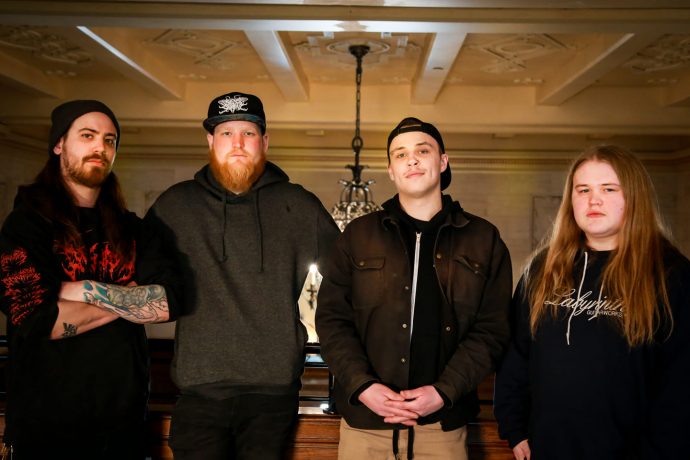 This new song is also packed with unexpected and exhilarating twists and turns. To be sure, there is a heartbeat in the song, whose kick you can feel in your chest, but it’s a heart that suffers from arrhythmia — racing, fluttering, slowing, and hammering without warning. And the fretwork machinations that the band weave around those continually shifting rhythms and tempos is like a sonic kaleidoscope, with patterns and tonal colors that fracture and coalesce in equally unpredictable fashion.

The feelings that these maneuvers generate (accented by vocals that veer from vicious growling barks and gurgles to hair-on-fire screams) are just as varied. And yes, although the technical acrobatics are often eye-popping, the music, which is both abrasively and hypnotically dissonant as well as pleasingly harmonious, does create palpable moods — ranging from queasiness to derangement, from feverish ecstasy to crushing gloom, from gleaming but mysterious dreaminess to flailing seizures. It is indeed a display of wizardry:

This new single will be available as of today on all the usual streaming platforms, along with new merch. The music was written, recorded, and performed by Protosequence, with mixing and mastering by Diego Fernandez at Oracle Recording Studios, and artwork by Jois Cabe. 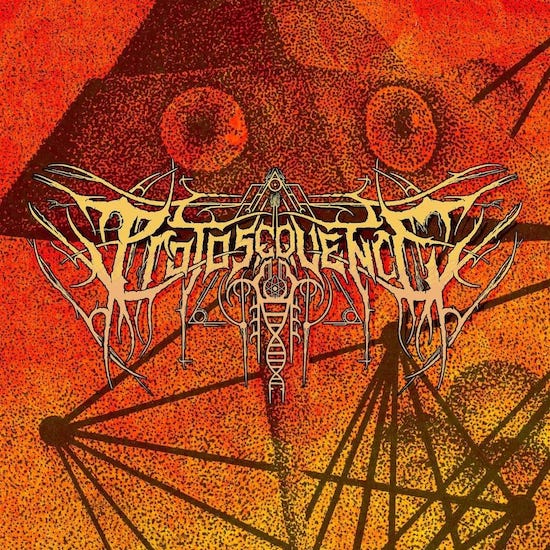