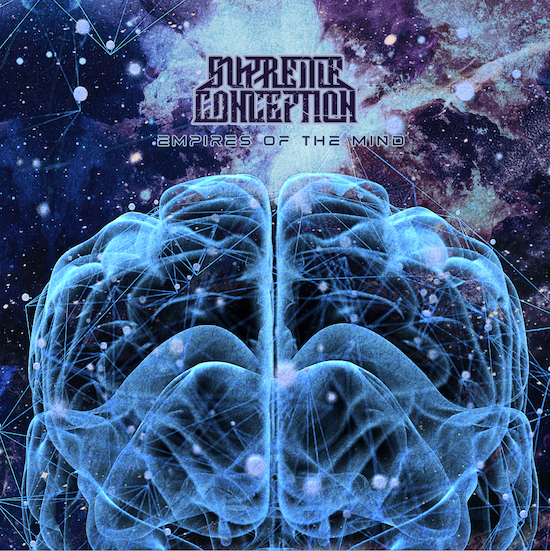 (In this article we present Todd Manning‘s review of a new EP by the Czech band Supreme Conception which will be released on August 6th, and our premiere of a track from the EP.)

It’s easy to get Tech-Death wron;, endless flurries of indistinguishable notes make for unremarkable material. It’s a good thing then that Supreme Conception avoid the genre’s pitfalls on their new EP Empire of the Mind. The trio consisting of Michal Kusak (ex-Imperial Foeticide) on vocals, Martin Meyer (Heaving Earth) on guitar, and Aaron Stechauner (ex-Rings of Saturn) on drums, display plenty of instrumental prowess on these five songs, but also manage to create an engaging listening experience as well. 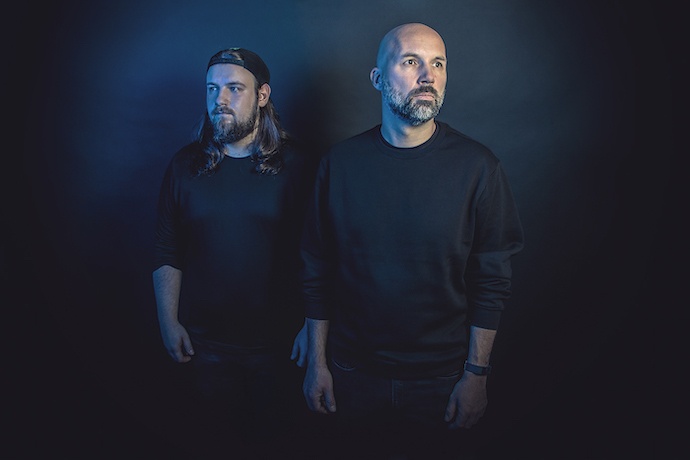 Album opener “Beyond the Antidiluvian” is perhaps the most straightforward tune on the release, but its efficient and bludgeoning approach remains quite catchy. The blueprint here nods toward modern day Cannibal Corpse in the way they are able to simultaneously play complex material but also induce an endless amount of mosh-worthy madness. From here though, the trio’s talents really start to shine.

“Harboring the Fractured Transcendence” contains a couple clean guitar breaks to segment the assault, but more importantly, it quickly becomes apparent that even their most technical riffs possess a hummable quality that makes them quite memorable. Often, shredding guitar licks ride over the top of these riffs in an attempt to give the Tech-Death fan the best of both worlds.

“Transgression I: The Underlying Identity” also has a lot of softer parts to give the song a sense of dynamics, but in addition it takes advantage of guitar harmonies to make the piece sound more like a song and less like an exercise. It’s sequel, “Transgression II- Self-Discovery”, which we’re premiering today through the stream below, possesses a greater sense of technical flair, but is nevertheless highly engaging.

“On the Path of Divinity” closes out the EP by showcasing all the various strengths of the group. The blast beats brutalize but the guitars remain memorable despite the flurries of guitar pyrotechnics. One can certainly pump their fist to the tune without understanding all the complexities that went into the song’s composition. The whole thing wraps up with some astounding passages that sound like an old school Shrapnel Records act putting out Death Metal albums.

For Tech-Death fans, supporting Supreme Conception is a no-brainer, but more importantly, anyone who only occasionally dip their toes into the genre’s waters will find a lot to enjoy here. The songwriting is impressive, but those looking for virtuoso performances will be well-satisfied as well. Sometimes it’s hard to know if a band like this can sustain a listener’s attention for too long, but Empire of the Mind makes me hungry to hear a new full-length from these guys.

One Response to “SUPREME CONCEPTION: A REVIEW OF “EMPIRE OF THE MIND” AND THE PREMIERE OF “TRANSGRESSION II: SELF-DISCOVERY””