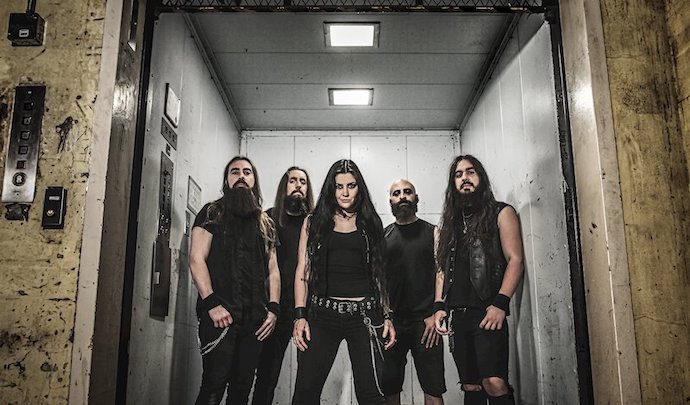 After releasing a trio of EPs that includes 2020’s attention-grabbing Wings of Agony, the metal band Lutharö from Hamilton, Ontario are at last ready to present their debut full-length. Entitled Hiraeth, it’s now set for release on October 15th.

For those familiar with Lutharö’s previous output, the new album expands their sonic palette, interweaving ingredients from melodic death metal, thrash, and power metal, with occasional astute uses of orchestration. As the advance press for the album accurately states, Hiraeth delivers plenty of raw power and aggression but is equally effective in presenting emotionally potent and head-hooking melodies and creating hauntingly beautiful atmospheres.

And today we’re premiering a video for “Lost in a Soul“, a song that displays all those qualities in abundance. 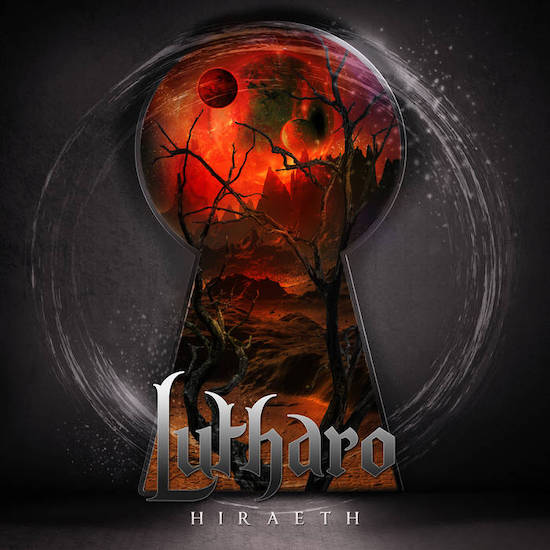 The song opens with a beautiful guitar harmony backed by light orchestral sounds. It’s almost like a bright and inviting waltz — which makes the sonic eruption 30 seconds later all the more thrilling. That opening melody doesn’t vanish, but the energy level surges dramatically, propelled by racing and darting riffs, galloping drums, and charismatic front-woman Krista’s scorching screams, which she seamlessly trades off with vibrato singing that goes sky-high.

The music soars too, matching the torrent of passion channeled by the vocals, and becomes even more blisteringly intense through blasting drums and racing, tremolo’d fretwork. The song’s pulsing energy is contagious, and so are the melodies, which include a reprise of the seductive opening sequence and an enthralling extended guitar solo that becomes the song’s electrifying crescendo. But the band will also jolt your neck hard, and there’s an ominous and haunting darkness in the music too, which becomes most pronounced in the finale.

In a nutshell, it’s easy to get carried away by this song, and to remember it. The well-made video (produced by Dark Moon Productions) makes for an excellent match — and gives a good sense of what it must be like to catch the band live. (And be sure at some point to jump over to YouTube to read the lyrics, which are also quite good.)

We’ll also share the band’s comment about the coming advent of the new album: “We are extremely ecstatic to release our new album Hiraeth out into the world! This album is jam packed with a little bit of everything for true metal lovers! We have been working incredibly hard for the last year and have taken experimentation to the next level. Compared to our last release Wings of Agony, Hiraeth takes a lot more risks and is a huge step in the right direction for us as a band.”

The album is available for pre-order now in both digital and physical editions, with other merch. Check out the options via the links below.

One Response to “AN NCS VIDEO PREMIERE: LUTHARÖ — “LOST IN A SOUL””