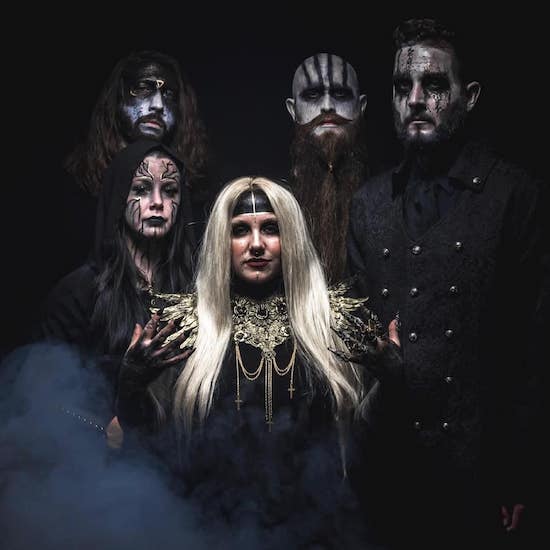 Although the command in our site’s name has always been subject to exceptions, it’s nevertheless true that those exceptions are rare and must be well-earned. The singing in the song that’s the subject of a stunning video we’re premiering today is one of those well-earned departures from our usual nastiness — though it’s joined with throat-slitting vocal viciousness.

The song in question is “Moon and Sun“, a thoroughly gripping track from the third (and most recent) album by the band Arsenic Addiction from Salt Lake City, Utah, the title of which is XIX. As you’ll discover, if you’re not already familiar with the song, it’s a multi-faceted affair that brings into play ingredients of gothic metal, melodic death metal, and symphonic metal (among others). It’s heavy and hard-hitting but also completely enthralling, and it’s disturbing as well as beautiful.

As the title signifies, the song’s lyrics tell a tale of the moon and the sun, of the moon’s silver heart longing for golden rays but finding instead that as her own brightness wanes, the sky is falling. In narrating this tale, Lady Arsenic‘s voice is a commanding presence, demonstrating great range and power in her singing but also venting savagery in ways that are even more shocking by comparison.

Battering drums, scathing and darting riffs, and a bright piano melody provide the overture, but the music darkens and becomes jolting for Lady A‘s soaring voice to seize the spotlight. The music’s mood becomes even more ominous and haunting as she turns her voice into a vicious, scalding beast. As the drums crack your neck, the riffing grows feverish, and then jolts and cuts as Lady A sings again and sends her voice to spine-tingling new heights.

The piano becomes a vibrant presence again as well, and the song picks its moments to give your neck a good workout — and to blister your face again with vocals of scorching ferocity, leading to a dramatic finale.

As mentioned above, the video is a stunning and elaborate theatrical representation of the tale. It was filmed and directed by Brian Medeiros, and features costume pieces by Tuahadedana Germany, Hysteria Machine UK and Aconite Creations UK.

The band have given us this comment about what you’ve now seen and heard:

“Star-crossed lovers, twin flames, but in their most tumultuous form. Everything was shot in the studio, which is something we’ve never done before. We had to create everything ourselves from the sets to the props, lighting, make-up, costumes, and supporting creations from some talented artists we admire. All of our videos have been ‘DIY’, but this time we didn’t have the beauty and awe of nature to rely on to help tell the story. An ancient archetype occurring in mythos throughout eternity, across the earth, from the stars above to the underworld below. This is merely our story of ‘Moon & Sun’”. 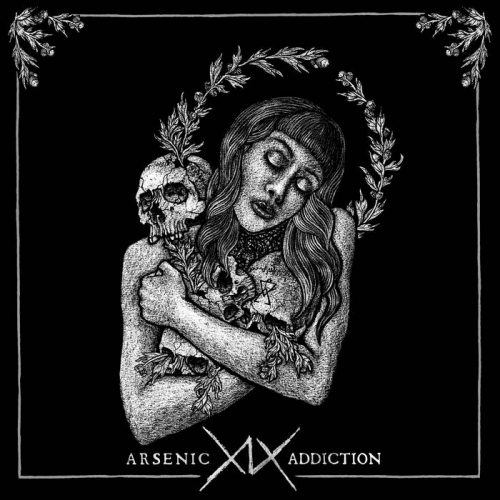 XIX is likely to appeal to fans of Cradle of Filth, Behemoth, In This Moment, Arch Enemy, and Myrkur. It’s available on Bandcamp, Spotify, Apple Music, and Amazon — and you’ll find a full stream of it below.

One Response to “AN NCS VIDEO PREMIERE: ARSENIC ADDICTION — “MOON AND SUN””